Serbian “Pink Floyd on steroids,” Wolfram in 2015 released their debut album titled “Music Of The Heathen” which sees this young group exploring different musical styles and fusing them into something original. The band recently spoke for Progarchy about their work.

What made you go for the name Wolfram?

We went for it solely because of the aesthetics behind it. It doesn’t have any deeper meaning to us as a word, it just looks and sounds good when you read it or say it. It has that certain gravitas. However, what we do with it is what gives it power. Names are meant to be built, established, otherwise they are just pretty and useless.

How do you usually describe your music?

We just say ‘Pink Floyd on steroids’ and let you be the judge of things. Honestly, how would you describe something that you’ve worked on for years and years?

It has a lot of trial and error. There are, of course, some cases where everything just clicks and the lyrics start to pour beautifully and concisely. However, there also comes a period where you “waste” days on just one song by mercilessly thinking about it and tying to give it form and meaning, so that you would get just one day that actually bears fruit. Personally, I constantly keep writing small passages, quotes, phrases, idioms, verses and even words which I find potent and appealing; and then I start to weave them as pieces together whilst paying attention to the rhythm and the vibe of the song. It is like a verbal game of Lego. 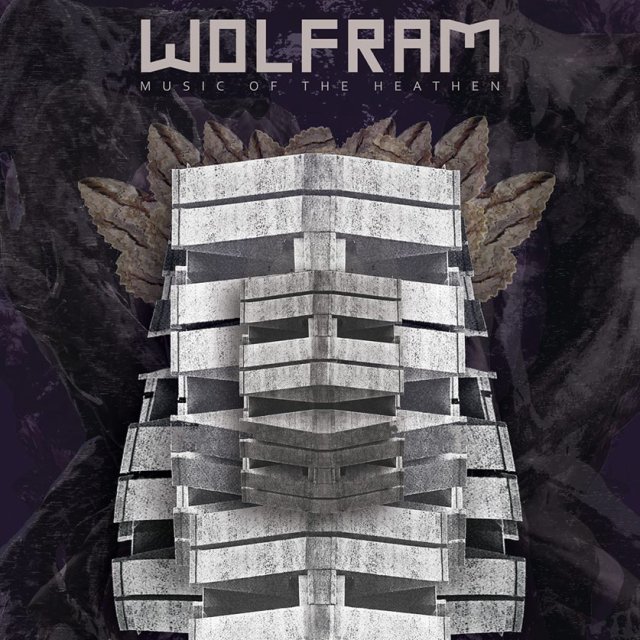 Who or what is your inspiration, if you have any?

This is a tough one, because we are all influenced by a rather wide range of artists… There are tons of small homages in the entire album, some of them are beautifully hidden, while some are blatantly placed in front of your face. Every song naturally has parts which were influenced by some other artist’s or band’s approach to making music, but all of them have our distinctive mark, nevertheless. As film director Jim Jarmusch said, you cannot invent something out of nothing, so you might as well “steal” whatever resonates with inspiration or fuels your imagination and make your own version of that experience.

In MOTH’s case, we have electronic moments which remind us of the Knife, Trentemøller and Björk, it has Tool’s dark atmosphere, Deftones’ unorthodox approach to metal music, Pink Floyd’s psychedelia, Massive Attack’s mellow trip hop beats, Fink’s beautiful acoustic guitar play, dropped guitar tunings of System of a Down, Mastodon, and other lo-fi bands, catchy harmonized pop vocal lines, narratives, dubs, chants, etc. And this is just the tip of the iceberg. Consciously or unconsciously, we melded everything as much as we tastefully could and gave it our own signature.

What is your favourite song on the new album “Music of the Heathen”?

Definitely ‘Revere’, because it was made last and it shows to us just how much we’ve grown up over the years when it comes to making music. It makes us all giddy when we think about the sophomore album we’re planning to release hopefully this year.

What makes “Music of the Heathen” different?

It would pretentious to claim for ourselves that our music different. You can call it different if you wish, but we are not in a position to do that. Frankly, nobody likes those kind of people, unless they genuinely are a piece of work…

Bottom line is we do not always limit ourselves to just one approach to making songs, instead we also try to tastefully combine many influences (we want all our songs and albums to differ from one another). We strive for both simplicity and complexity, all in good grace of music. This is because She is supposed to be about constant exploration, not just figuring out one pattern and sticking to it for the rest of your life. That would just be dull.

What should music lovers expect from “Music of the Heathen”?

We are all nature-worshipers, and just like any other human being, we intuitively reflect on our fragility compared to Her, but over time, we realized that this is just a façade – something ‘deep and meaningful’ you tell people to gently get them off your back when they ask you this question.

In fact, this album is definitely much more than just a collage of our regular mind-numbing perplexities of life. It is our sanctuary, our therapy, our “haven of sounds”. It is about the raw sensation we get when we play that music live, how it truly makes us feel powerful, defiant – godly, even – and out of place with reality. It is one beautiful form of escapism, a drug like no other with rather pleasing side effects; and we want to share it with everyone else.

What kind of emotions would you like your audience to feel when they listen to your music?

The track ‘Babel’ on the album can thoroughly answer this question with a little satire… Even if we deeply wanted to project an emotion and expect the listeners to feel or act the same way we intended, it would still be impossible to accomplish that. So why bother? It would be like making “propaganda” music, where everything is arbitrary and rigid in terms of interpretation. No, listeners can do with it whatever they want. We know which emotions gave birth to these nine songs on MOTH, but what they become when the audience reacts to it is beyond our control.

Which do you like most, life in the studio or on tour?

Both of these lives have their perks and disadvantages. When you are young, hungry and eager, you just want to conquer everything there is to conquer. Going on a tour is something every kid dreams of the moment he or she starts dabbling in rock music. It must be a thing of age… When you get older, then you probably get tired of the constant travelling and exposure to a myriad of people, so you crave to make your music more intimately, inside the studio. Since we are relatively young and immensely impatient, the tour life is definitely something that fascinates us at the moment, mainly because we have never experienced it properly… yet.

Pick your 3 favourite albums that you would take on a desert island with you.

Anything that spells S.O.S. (Abba, Rihanna, Jonas Brothers, the Breeders, etc.) is fine, because nobody wants to get stuck on a desert island, let alone bring only 3 albums to keep his or her head sane… Either we take everything we own, or stay off the island and drown!