What did we gain in 2016?  A lot of good music.  I’ll start out with Opeth’s 2016, release, Sorceress.  For their third straight release, Opeth embraced full-on prog, and apparently the death metal days are firmly in the rear-view mirror.  This may rub some fans in the wrong way, but not this one.  I’m not much of a death metal guy, but I love the full-blown prog version of Opeth.  To be fair though, I don’t think this album is as strong as their phenomenal 2014 release, Pale Communion (which served as my introduction to the band).  Still, I find tracks such as Will O’ The Wisp, The Seventh Sojourn, and A Fleeting Glance to be not only among the best of the album, but among the best Opeth tracks overall.

One of this year’s most intriguing albums for me was Cosmograf’s The Unreasonable Silence.  Mixing Albert Camus, his essay The Myth of Sisyphus, and alien visitors, Robin Armstrong’s project yielded the most conceptually interesting – and baffling – album of the year.  I say baffling because I had a different take on the album than many …

wondering if the aliens weren’t some sort of red herring, a figment of the protagonist’s imagination as he grasped for some kind, any kind of meaning in his life.  Adding to the bafflement is that last “pop” you hear near the end of the album, one which could very well be a self-inflicted gunshot by which the protagonist took his own life.  Camus did , after all, say that suicide was the one truly serious philosophical problem.  I’ve thought about messaging Robin Armstrong to get his feedback on my take, but I expect I would get a vague answer about how the album could be interpreted in many ways (I received a similar answer once from Gazpacho’s Jan Henrik Ohme regarding a lyric in Night).  Nevertheless, the fact that I would even consider such a message is proof positive that Mr. Armstrong did his job exceptionally well in making this listener actually think about what he was trying to say.

If there was an award for the most timely album of the year, Marillion would be the runaway winner for this year’s effort, F.E.A.R.  This album perfectly captured the schism 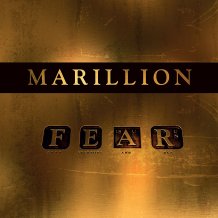 between the “protected” and the “unprotected” (to borrow terms from Peggy Noonan) that led to major political upheavals across the Western world this year, and promise to continue into 2017.  If a future historian is looking for a musical documentation that encapsulates the zeitgeist of 2016, he or she will be unable to do better than to refer to this album.  It’s extremely hard to pick out a standout track since they all resonate.  If I had to though, I suppose I would pick The Leavers and The New Kings as being particularly effective in conveying the message.

Glass Hammer’s Valkyrie … wow.  This one they knocked clean out of the park and deep into the periphery of the parking lot.  For the past few years I’ve been a little salty at the way Yes hijacked Jon Davison from Glass Hammer, although I’ve thought their work since

Perilous has been pretty good nonetheless.  But Valkyrie is the album that puts the saltiness firmly behind me for good.  A spectacular prog masterpiece that deals with horrible costs of war on even those who survive it – in this case a WWI soldier dealing with what was then referred to as “shell shock,” Valkyrie is both dark yet uplifting.  Helping propel it along is the stunning vocal performance of Susie Bogdanowicz, whose role on this album is her biggest yet in Glass Hammer.  This album really demands to be listened to as a whole, but if I have to pick a couple of standout tracks, for me they are No Man’s Land, The Fog of War, and Eucatastrophe.

A lot of people really liked the latest by iamthemorning, Lighthouse.  In fact, at the Prog Awards they liked it so much that they awarded it Album of the Year.  Deservedly so.  This

was clearly their best album so far.  A song cycle that takes the listener through the progression of mental illness, the fight to overcome, and a final breakdown, this album threads the needle by being both absolutely heartbreaking and utterly beautiful at the same time.  Only exceptionally talented artists can pull off such a thing – which is an apt description for iamthemorning.  Of course, it helps when you have the stunningly beautiful vocals of Marjana Semkina, which are soft and graceful while packing a strong emotional punch.  Gleb Kolyadin’s classical piano work is just as brilliant.  If you missed out on this album … well, you just missed out.

So, did Haken embrace the Eighties on their latest effort, Affinity?  Like, totally!  And what an awesome job they did.  Fresh off 2013’s The Mountain and their EP Restoration, Haken 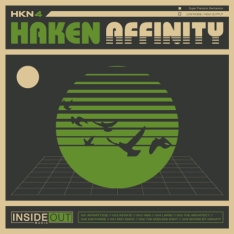 returned with something that was 80’s infused, totally fresh, and unmistakably Haken.  And while the production was an echo to the past, make no mistake, this was modern prog all the way, with instrumental work that was both technically brilliant emotionally impacting.  Couple that with artwork that hearkened back to the days of green monochrome displays, and the package balanced perfectly between past and present glory.  There were several popular tracks on this one, but the one that really stood out for me the most was the lesser known Red Giant,  with it’s odd, shifting, syncopated time signatures followed by an intense jam to close it out.  What a brilliant track – and what a brilliant album.

Two other albums I want to mention briefly are Karmakanic’s DOT, and Messenger’s Threnodies.  The former has an excellent epic, God, the universe, and everything no one really cares about (whose title is an epic in and of itself), the latter includes several Zeppelin-ish, Purple-ish tracks such as Oracles of War and Pareidolia.  Unfortunately, Messenger announced their breakup during 2016, which seemed a bit premature given that this was only their second album.

In the visuals department, two releases of note were the Rush documentary Time Stand Still, which chronicled their last tour, and Ayreon’s The Theater Equation.  The latter brought The Human Equation to life on stage, and in doing so made an older album new again.

Unfortunately, 2016 was pretty damn tough on musicians of note, as way to many of them were taken too soon.  Two thirds of ELP left us, with Keith Emerson leaving us in March, followed by Greg Lake passing in December.  Glenn Frey of The Eagles, one of the groups to successfully incorporate country stylings into rock music, also died.  David Bowie, a genre of one was a big loss.  And while I didn’t really follow Prince or his music much, his passing was notable because regardless of whether you were a fan or not, his talent was undeniable.  Paul Kantner, a founder of Jefferson Airplane and later a member of Jefferson Starship, took his own flight into the afterlife.  As I write this piece, I have found out that George Michael died (not my cup of tea, but respect-worthy nonetheless).  Motorhead’s Lemmy also passed on.  The one that really shook me the most though was the sudden passing of Riverside’s brilliant guitarist Piotr Grudzinski in February, cut down in his prime years.

I’m sure I’ve missed some, and no disrespect is intended.

And finally, in December, another death of sorts took place, as Prog Magazine and it’s parent, TeamRock, were shuttered.  At least with that one there is some hope that it can be brought back to life.

Thus, 2016 was undoubtedly a tough year for music fans in terms of losing their heroes.  Let’s hope 2017 is better in that regard.  On the other hand, 2016 was yet another banner year for music, at least for the lovers of progressive rock.  That’s a trend I certainly hope continues in 2017.