One of our esteemed founders, Dr. Birzer, has had a few excellent posts today on the intersection of art and politics, in part to a reaction of some recent releases and in larger part in reaction to some larger trends.  In reading them, I had about 1.5 cents of my own I wanted to throw in.

This isn’t to say I don’t ever like political subject matter intertwined with music.  But some ways of doing it are more appealing than others.  One of my favorite albums this year – Galahad’s sprawling, incredible Seas of Change – is very political in its lyrics.  It’s focused on the tumult in the U.K. over Brexit.  However, which side of that debate it eventually comes down upon is hard to say.  I’ve read reviews that say it’s pro-Brexit, others that say it’s anti-Brexit.  When I pore over the lyrics, I come away with … I don’t know.  It seems like Galahad has plenty to critique on both sides of that debate.  Irrespective of that, one of the things I like about it is that it takes a “clean up your own backyard first” approach.  Nobody is doing a Roine Stolt on Lost America here, sitting back smugly criticizing another polity as if theirs is somehow perfect.  The path Galahad has chosen is one of self-reflection, the one chosen by Stolt is cheap, smug, self-superiority.  Galahad’s path is engaging (as is Marillion’s FEAR), Stolt’s is off-putting.

Stolt isn’t the only sinner here.  Andy Tillison and The Tangent really stepped in it with their previous album, The Slow Rust of Forgotten Machinery.  In the final track of that album, Andy rails on all things British politics in relation to the turmoil of Brexit, the driving factors by those in favor of the same, and the general turmoil of 2016.  At the end of the song, after 15+ minutes of bait, he pulls the switch, complete with German accents and a comparison of the pro-Brexiteers with Nazis (Heinrich Himmler, in particular).  It has all the subtlety of a lecture by Professor Turgeson; it has all the artistry of an alcoholic vomiting out the night’s intake in the parking lot.  It has about the same amount of persuasive power. 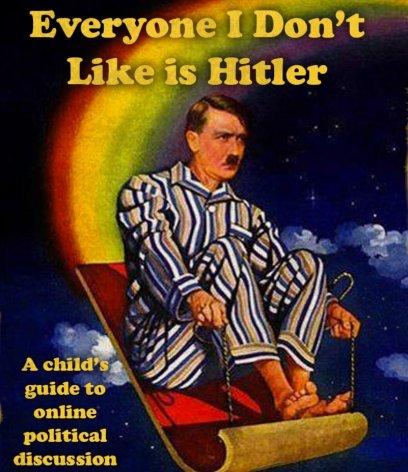 history’s worst crimes against humanity (especially when your own guitarist wears a hipster T-shirt of another one of history’s great butchers, Che Guevera – whose own racist views would have made the Nazis proud).  Not only does it fail to make those see your point, it actually accomplishes the opposite.  The people you think you are trying to reach become hardened in the position you are trying to persuade them from.  But hey, it makes you feel good, doesn’t it?  You can totally ignore the fact that they might have valid reasons for feeling the way they do, and instead accuse them of, e.g., dehumanizing migrants while you dehumanize them as Nazis for disagreeing with you.  Projection ain’t just a river in Egypt, is it?

I’m also going to let a little bit of my own national pride into the picture.  I get sick and tired of all the America-bashing.  It seems to be one of those things – like overt sexuality – that artists run to when they are out of other ideas.  But hey, it’s edgy, right?

And to bolster the point of one of Brad’s posts reference above, we get sick and tired of politics being injected into everything, especially with the sanctimonious in-your-face way it’s practiced, including by those I’ve critiqued above.  Some of you on the other side of the pond (and most of you on this side) might be familiar with the national anthem protests by players as NFL games, started by Mr. Sacrifice Everything, Colin Kaepernick (who couldn’t be bothered to sacrifice his free time for film study or extra coaching to work on his throwing mechanics, both of which are exceedingly important for an NFL quarterback).  Some of us might agree with the (stated) cause, that bad cops need to be held accountable (although that particular protest quickly devolved into something less).  But there is a time and a place for it though.  When I sit down to watch football, I want to watch football and not have politics shoved in my face.  Similarly when I want to consume art, I want art – not cheap political posturing, self-righteous preening, and poor, clichéd substitutes for actual creativity.

And no, nobody’s trying to censor you (a retort I would fully expect if I didn’t just write that).  You have a right to say what ever you want.  But you can be damn sure we are going to exercise our right to say something back.  And we also have a right to not buy your BS – or your albums.  Suck it up, buttercup.

14 thoughts on “A Few More Words on the Politics Thing”