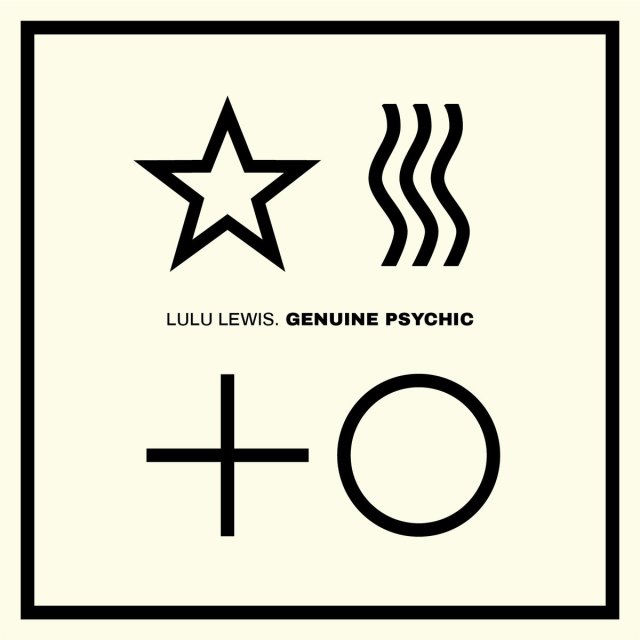 Lulu Lewis serves up a refreshingly quirky blend of art rock on Genuine Psychic. It should make many of you sit up and take notice.

Founded by a husband and wife duo — Pablo Martin (Tom Tom Club, The Du-Rites) and Dylan Hundley (Metropolitan) — Lulu Lewis have established themselves as one of New York’s most versatile underground rock bands over the past three years.

Genuine Psychic is their full-length debut album, presenting us with a highly inventive and unique sound. Call it “Harlem Punk Rock” (a blend of post-punk and goth and soul) — because that’s how they describe what they’re doing. And a rebel punk sensibility definitely infuses each of the tracks here in a highly appealing way.

The sound and style of spiffy singer Dylan Hundley will remind many of us of Emily Haines from the superb band Metric. I am a huge fan of Haines and Metric, and therefore I find very much to like here. Genuine Psychic is likewise a musically intelligent and entertaining offering from the similarly-talented Hundley and Lulu Lewis.

There isn’t a bad track on Genuine Psychic. Each one is terrific, and the album gets even catchier the more you listen to it. If you like your pop whip-smart and off-kilter, this is a disc for you. And Pablo Martin’s clever production has hidden depths that reveal themselves on subsequent listens.

The album is extremely well paced, with chill-out tracks like the ironically-named “Moving Fast” followed by great weirdo-groovy rock-out sessions like the hilariously fun “Intelligent Life.”

The album itself debuts this week, and so Lulu Lewis are playing a release show with the Messthetics at Union Pool (Brooklyn, NY), July 12, 7 p.m. (It should be good, but what I really want to see is them do a show in Brooklyn with Cardi B.)

Lulu Lewis balance their sharp insight and dark poeticism with an appealing air of playfulness. Haunting goth-rock tracks live alongside tongue-in-cheek, synth-driven new wave. It’s all connected by a sonic world of snazzy guitars, crispy rhythm, and ironically lo-fi flourishes. Genuine Psychic recalls rock sounds of the Bowery’s grittiest days, with a perspective that builds on the past rather than copy it.

There is much to enjoy here, so try it out, if you truly are musically adventurous and you do want to have some real fun.