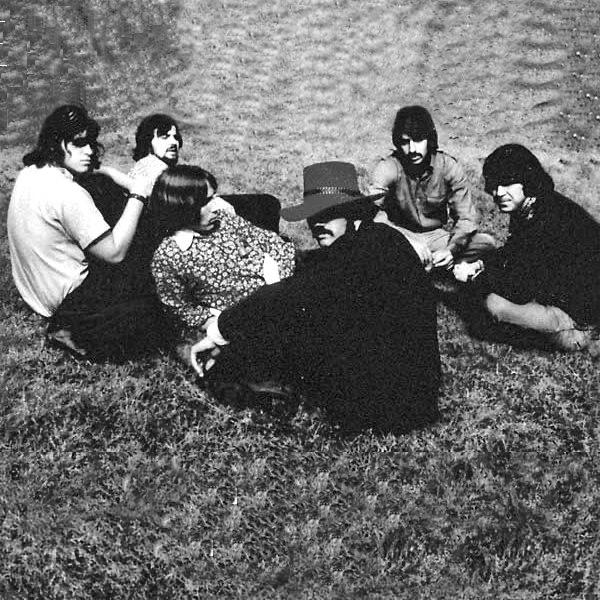 Front Page Review is the type of hidden gem that perfectly illustrates the vibrancy of ‘60s rock. They were a psychedelic, indie rock band that was part of the “Bosstown Sound.” The “Bosstown Sound” was a term used for New England bands that emerged from the San Francisco music scene. These bands were not taken seriously because they were perceived as only concerned with money and fame. The band never really gained popularity and their only album ever recorded, Mystic Soldiers, was not released until 30 years later. Steve Cataldo is the man behind this excellent album; he is the lead guitarist, singer, and songwriter. Each song is an audible display of Cataldo’s talent and hard work. He seemed to perfectly capture his own psychedelic and dreamy sound of the time. Every song off the album takes you on a musical quest, which makes the album so special.

Despite their lack of recognition and discography, Front Page Review’s Mystic Soldiers is worth hearing. This exquisite album is a must listen for all fans of ‘60s psychedelic rock. It will get you dancing and feeling groovy.

I first came across Front Page Review randomly. My Apple Music subscription offers a radio station that caters to the type of music I frequently listen to. My love for all types of ‘60s rock made it only sensible for Front Page Review to be recommended to me. The song titled Prophecies/Morning Blue was the first song I ever heard by the band. It was love at first listen. I knew that through the rough mix of the distorted sounds added to that first song off the album, I had found something worth listening to. Prophecies/Morning Blue opens up with some manipulated sounds of children playing in the background and ends with a swooping and loud swirl of pure, psychedelic goodness. Not to mention the smooth and clever change of rhythm in the middle of the song, which leads up to the peak: an illustrious organ playing done by Joseph Santangelo. Listening to that brief organ solo is a moment I could stay in forever— it gives me chills every time!

As I went through the album, I noticed how every song made me want to stop everything I was doing and just start dancing! The overall catchiness of the instrumentals in all of the songs took me by surprise—I was not used to hearing that consistently in one album.

I will briefly note three other songs off the album. The first song is titled Silver Children. This song is truly a ‘60s dream through Santangelo’s organ playing. It creates a sort of dazed and peaceful atmosphere, allowing the listener to get lost in it. This song feels like the warmth of the sun beaming down on your face on a spring day; all it can do is make you smile.

The next song is called Valley of Eyes. There is so much intensity in this song that it leaves you thinking about what exactly Steve is writing about. The obvious political undertones of this song are conjoined with powerful guitar playing and simple lyrics. When I hear this song it feels as though I am on a journey and I have reached an important part of it that can not be ignored. Valley of Eyes is an epically told quest to find answers because there is far too much violence in the world. The narrater is losing hope, but hopefully someone will listen.

I have saved my absolute favorite song for last. For the Best Offer is personally one of my favorite songs of all time. Cataldo’ s vocals on this song are beautiful! Not to mention the instrumental portion of the chorus. All of the instruments coming together in this song work together wonderfully to create this mysterious and, for lack of a better word, groovy tune. It hits the listener out of nowhere, a sudden burst of energy driven by a frenetic guitar. This song may first seem playful and trivial, but as it goes on, it puts its foot down and demands respect. This song has the best offer for your ears.

The short lived music endeavors from the Front Page Review will continue to live on for ‘60s music lovers. This album is such a treat that can not be resisted. I’d like to give a huge thank you to all the musicians involved in the making of it. It’s truly a lost treasure from the past.

6 thoughts on “A Review On The Front Page Review”