END_OF_DOCUMENT_TOKEN_TO_BE_REPLACED

It’s hard to believe that it’s been a decade (!) since the release of “Milliontown” by Frost*.  It was an album that seemingly came out of nowhere and didn’t sound quite like anything in the genre – a dense, dynamic, keyboard-heavy, and at times industrial-sounding album full of killer playing and plenty of memorable melodies.

The brainchild of singer/songwriter/multi-instrumentalist Jem Godfrey, “Milliontown” remains one of my all-time favorite albums. I’m not sure a week has gone by in those 10 years without my giving at least one or more tracks from it a listen. Since then, the band released a follow-up album, “Experiments In Mass Appeal,” played quite a few gigs, went through some lineup changes over the years in the rhythm section department, released a couple live albums and bonus tracks, and has been an on-again, off-again unit since “Experiments.”

Never a group to do the obvious thing – a look at their many “Frost* Reports” and live videos kicking around YouTube will more than prove that point – the Frosties gathered at Rockfield Studios several years back to record some of their tunes live off the floor.  One of those tracks,”Heartstrings,” is well known in the Frostiverse, but will see its studio debut on “Falling Satellites,” which will be released May 27th.

(By the way, it’s not like you need me to connect any prog dots for you, but if Rockfield Studios sounds somewhat familiar, it could be because Rush recorded “A Farewell To Kings” and “Hemispheres”at the Wales-based studio)

Taken from “The Rockfield Files” DVD, Godfrey excerpted and posted this beautifully-shot and edited video for “Heartstrings” earlier this week. Enjoy!

It’s been 8 years since Experiments in Mass Appeal, but Jem Godfrey and the other members of Frost* are releasing their third album, Falling Satellites, on May 27. More details at frost.life. 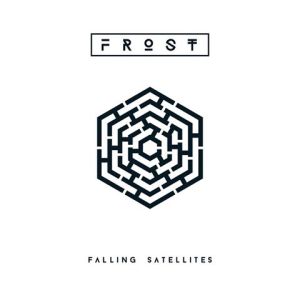