There has been some outpouring of emotions at Progarchy recently. I am just a poor boy, you can tell me by the way I walk. I will leave those discussions to folk with more intellect than myself. But here is what I do want to say.

There is a track on the new Tangent album that is possibly the most exciting piece of music to appear in a long long time. It’s Prog you can dance to. Electronic dance music, disco, prog, call it what you like. The chorus is so uplifting and musically engaging. The lyrics are from the heart. It is a brilliant piece of music. It puts a smile on my face and makes me want to dance around the room every time I play it. For me it’s the music that sets off my emotions.

When I was young, I fell in love sings Andy. You only have to look on progressive rock Facebook pages to see folk discussing how the great the early seventies were for the genre. There is so much great music being made today but that era is revered by many. I think it’s all to do with the emotional ties to that era. For many, they were young. It was a time of first loves, school memories, new experiences, concerts. These memories are intricately intertwined with the music and so we think that era was the best. I am sure there will be people younger than myself who think that the eighties were a wonderful time for music. Again, it is down to their emotional attachment to that time. I know of folk who think Invisible Touch is the best album Genesis ever made. Why? Because it was the first thing they heard by the group and it held an emotional attachment.

The adulthood lie has awoken an emotion in me. I love this song. I just can’t get enough. I am going to go now. I am getting all emotional.

There may possibly be some readers who still don’t know that, as well as being editor and chief contributor to Progarchy, Dr. Brad Birzer has also written lyrics and created concepts for two progressive rock albums. This is a track from the latest  album Of Course It Must Be. You can explore more of Brad’s work at http://www.birzerbandana.bandcamp.com

Re blogged from Kadees Music 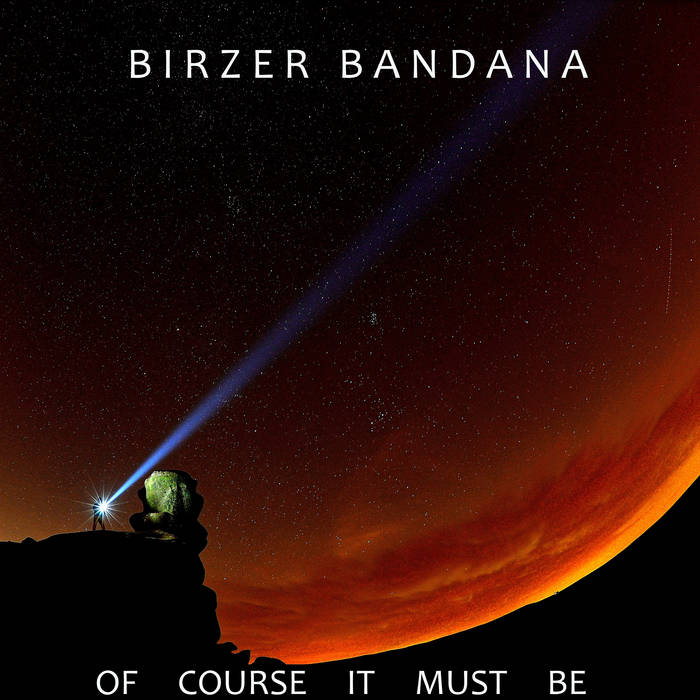 “Birzer Bandana
are two prog lovers from opposite sides of the Atlantic who have never met.

RTFact are a new project headed by Yuri Voladarsky, a composer originally from Russia. The band consists of Russian and American musicians with a few special guests thrown in for good measure.  It is an interesting album.  It takes in a lot of styles and influences. There is a lot of Hammond B3 organ on it so the ELP reference is always going to be there but ELP orchestral styles also pop up on the album. There are numerous Gentle Giant influences along with King Crimson, but there is also some hard rock, some jazz, some funk, prog and classical orchestral. It replicates the 70’s era rock scene very nicely. Personally it reminded me of a band called If and their album Tea Break Over Back On Yer Heads. By the end of the album you have listened to a cornucopia of styles and influences and herein lies the problem. Who is this album aimed at?  Yes, its mainly the prog fan but if you only heard the track Money In My Pocket with its rock and funk groove and bought the album you would be a little surprised to hear the classical workings of Gotika. Disney anyone? Hail To The Winner will satisfy.

This really is an album of something for everyone and as long as you realise that then there is a lot to enjoy. The musicians on the album are fabulous players and create a large and expansive sound. The recording and production is crisp and clear. It needs to be. There is a lot going on. Jeff Scott Soto provides vocals on the title track which is instrumental apart from a Spock’s Beard type vocal interplay. He also sings the aforementioned Money In My Pocket with Nad Sylvan. Will Champlin provides the rest of the vocals . The other musicians are Oz Noy – solo guitar, Jeff Kollman – solo guitar,Rafael Moreira – guitar, Josh Smith – guitar, Gary Meek – flute, sax, Edward Tsiselsky – keyboards, Dmitry Ilugdin – synthesizers,  Eugene Sharikov – bass and Joel Taylor – drums. I did wonder why Yuri didn’t play on the album and sent a message to their Facebook page but they never came back to me.

I like this record. Its quirky. Its fun and its certainly over the top but there is nothing wrong with that. Get out your seventies flares and play this loud.

It is available here. https://rtfact.bandcamp.com/album/life-is-good

Meet me at the mead hall in winter
(Set the world to right)
With songs, science and stories
(Hold back the fading light)
Artists and dreamers and thinkers
(Right here by your side)
Finding truth in those travellers’ tales
(On this brief flight of life)

“A Mead Hall in Winter” from the CD “Grimspound”

“A Mead Hall in Winter” is a song from Big Big Train’s “Grimspound” album released earlier this year.  A reference to St. Bede’s analogy of a man’s life to a sparrow’s brief flight through a feasting hall, the song pays tribute to the age of Enlightenment that the band fears we are losing sight of.  As…

Fruupp were an Irish band who recorded four albums in the early seventies. I remember this album being played on Radio Caroline, a pirate radio station broadcasting from the North Sea on AM. It inspired me to go out and buy the album. This was the third. They released one more, Modern Masquerades, before splitting, never to reform. I was lucky to see them in concert in 1975. This is the first track on The PrinceOf Heavens Eyes.

Annie Austere is the last track on side one and has a great Irish feel to it.

The Perfect Wish closes the album bringing the story to an end. Other tracks from the album can be found on you tube but these three are my favourites.

Fruupp were a band that many passed by as too whimsical but I think they play an important role in the development of Seventies prog and deserve a listen.

I really want to go to this. And it’s free. Apart from flights, hotels, meals etc.

Not only are The Tangent and Karmakanic playing but also Glass Hammer and Frost* among others.

Anyone fancy a Progarchy trip to Italy?

This Morning I had the bright idea of posting some albums that I thought fellow Progarchy readers might never had heard of or had forgotten about. I was going to do it over a period of time. Say once a week. The first one I was going to do was by a group called Man. A Band from Wales in the UK that has been lead on and off for many years by a guy named Deke Leonard. The album is called Be Good To Yourself At Least Once A Day and was released in 1972. It is one of my all time favourite albums. All well and good so far.

With this idea in mind I went out to run a few errands. When we got back home my wife calls out to me that another musician has died. Have I heard of Deke Leonard.

Man were the first band I ever saw live.

R.I.P Deke. Thanks for the music and memories

Play the album. It’s worth a listen.

Next up will be Fruupp.

So sad to hear the passing of Greg Lake.

Cosmograf release a new album on 13th of June. It is available to pre order as a digital download now from Bandcamp

Cosmograf’s fifth studio album release is an existential concept album with an alien theme, based on the essay ‘The Myth of Sisyphus’ by the French philosopher Albert Camus.