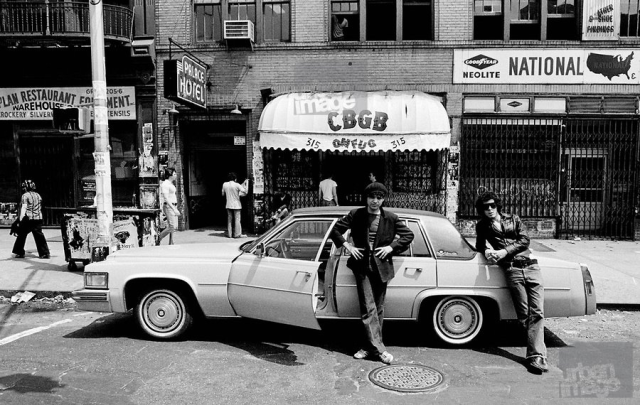 It’s not until it works its witnesses into a state of ecstatic frenzy, as if reading a preacher-inflected text so self-aware it reaches ascendancy, that New York rock satisfies itself and its audiences.  It’s a city of distillations and self-regard, and so in its great contribution to rock and roll, New York puked up a revival so dazzling in its love for rock’s foundations it sometimes barely reads as the punk it became known as (or maybe a common idea of punk): there is no rejection, it is all embrace.

Suicide played rock and roll, and even as they coined the term “punk” — or at least early-adopted it from Lester Bangs to describe what they were doing — in their world that meant you visited the monuments and tore them down to find what was left in substance, not shadow.  It was an intentional act of art, constraint-driven, that Martin Rev and Alan Vega followed in the rock they made.  And they made it howl.

The pulsing drone riff of “Ghost Rider” leads Suicide (1977), the culmination of seven years of paring and refining and filtering the pure rock spirit.  That Suicide did this as a duo with synth and drum machine was revolutionary to the point of riot-inducing, and to this day sounds outside a point in time.  Suicide denied time, even to the degree that Vega claimed he was far younger than his 39 years.  It was no nostalgia trip, Suicide’s rock and roll, even though that trip hung heavy in the air: this same year the retro band Sha Na Na debuted on TV, though they too had been around for a while, hocking the schlock of 50s rock, that shadow that Suicide made it their business to avoid.  Both were needed but only one was important.