Hungarian quartet Dystopia are here to assault your senses with their unique mixture of heavy, modern and groove metal. With some obvious influences from Pantera, Lamb of God, and Gojira, Dystopia was formed in 2004. With two full-length albums under their belt, Dystopia is back once again and excited to launch their third full-length album, Building Bridges which was released on July 12, 2018.

It’s the snarling groove that first gains the attention on Dystopia’s beast. “Free-Fall” has some meaty riffs and a deceptive level of groove running through it. It’s an opener that makes a hell of a statement.

Breathing fire and brimstone, Dystopia smash their way through track after track slipping effortlessly through ferocious modern metal, alternative and classic flourishes of traditional heavy metal. An album that surprises as much as it delights.

For most of the album’s run it does a great job of keeping your attention. Anytime the mind does begin to wander, Dystopa stamp hard on feet to get all attention back on them. Those who are willing to allow their musical perceptions be challenged will be heavily rewarded, and will most certainly regard Building Bridges as a truly special album.

Hear it on Bandcamp. Connect with Dystopia on Facebook.

Within  the pantheon of death metal Gods, Decapitated stands out. They are one of those gatekeepers of the sub-genre — the one bridging the old with the new. The cross-over blend of old school death metal meets the newer (200 time-signatures-per-min) technical mayhem.

Recovering from a tumultuous past and successfully restructuring the sound is not trivial. Anticult is easily among the best illustrations of those stunning groovy prog elements within death.

Dimebag Darrell like riffing, downtuned uniquely melodic leads, and vocals bordering between screams to growls — Decapitated successfully integrates groove metal into their pristine Polish death terrain. Seamless switches between musical traits are numerous, and they span divergent eras — from Entombed like leads to Gojira like towering guitars. With everything layered on top of their precision blast beats, these compositions are as sharp as a guillotine. Getting Decapitated has not been this blissful in a long time. The band has evolved from Vitek era technical death, but they are still absolutely about adapting old school structures to stunningly creative musical contexts. 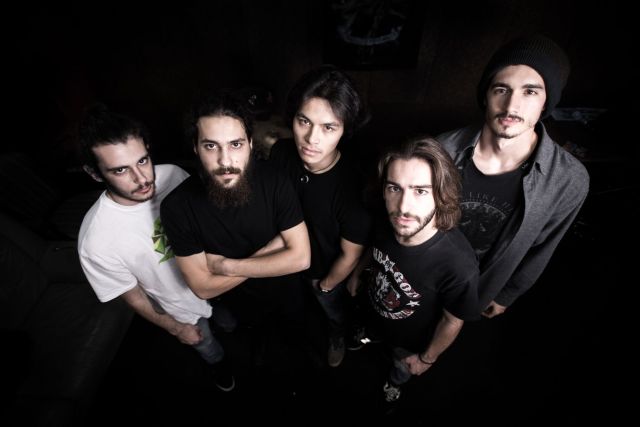 Impera from Lisbon prefer to mix their metal with some groove and prog, albeit with the strong emphasis on the ‘metal’ part. The other bands of similar genre orientation place a premium on virtuoso musicianship and highly technical song structures, and while that also figures prominently into Impera’s music, these boys slather it all up in a special sauce that I like to refer to as ‘classic sauce.’ The group’s debut album “Weightless” sounds deliberately rustic and antiqued, like that milk-stained fake money you’d buy at the museum.

But production is not what prods Impera. What stimulates this band’s formidable corpus are five very talented musicians. It’s Daniel Chen, though, who takes home the MVP award on “Weightless”; if drummers are action figures, Chen carries both a rapid-fire uzi (the toms) and an erase-all, double-barreled bazooka (dual-bass drums). I guarantee, he will brutalize you.

Like their metal peers, Impera sport some mathematics. But where Meshuggah get deep into calculus and Dillinger Escape Plan prefer(red)  trigonometry, these guys enjoy the more accessible stuff — we’re talking pre-algebra here. They drop in just enough to keep the arrangements flavourful, but not so much as to overload the vintage guitar riffs with Dream Theater-like complexity. And then they counterbalance it with some nice, old-fashioned, Sabbath-style metal attitude: guitars crunch, wail, and burn. The complete package sounds timeless, but in that unbelievable way that you’ve never heard before.

A great band whose raging, sodden hellfire now beckons you to warm yourself at its side throughout the impending winter months. A band whose crushing, odiferous, sodomizing blade dices like a Popeil cuisinart and runs you through with gruesome exactness. This band is Impera.

Treat yourself with “Weightless” here.