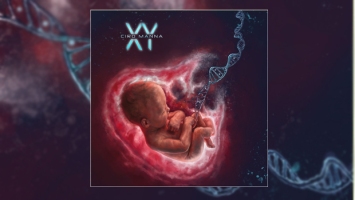 Last month, Italian guitar virtuoso Ciro Manna released his second album, XY, eight years after his impressive debut, Feel’n’Groove. Dominated by the sound of the electric guitar, XY takes the listener on a roller-coaster ride of fast-paced jazz/blues fusion pieces (with a heavy edge to them). Although Manna’s style may resemble that of the master of fusion, Jeff Beck, Manna allows his own sound to shine through. Manna’s talent also manifests itself in his ability to surround himself with some of the industry’s best, including drummer Simon Phillips of Toto fame and Guthrie Govan, one of prog’s finest and most requested guitarists. Here’s a breakdown of the album:

Fear and Fire interrupts the instrumentals to showcase the soulful vocals of Italian singer Illaria Palmieri.

The next three songs (Mosaika Rock, Drivin’ On, and Bad Brakes) return to instrument-only fusion.

Secret Potion, the second and last song to interrupt the instrumental pieces, features the bluesy (and quite impressive) vocals of Patrix Duenas.

Overall, this album is more than a worthy sophomore effort by Manna. Capturing the best of jazz fusion, he utilizes the standard guitar, bass, and drum trifecta to their utmost effect. Furthermore, by incorporating the talents of prog luminaries such as Phillips and Govan, he gives the album a notable progressive edge not found in the work of other jazz fusion artists. This album is definitely worth a listen.

For more information, check out http://www.ciromanna.com