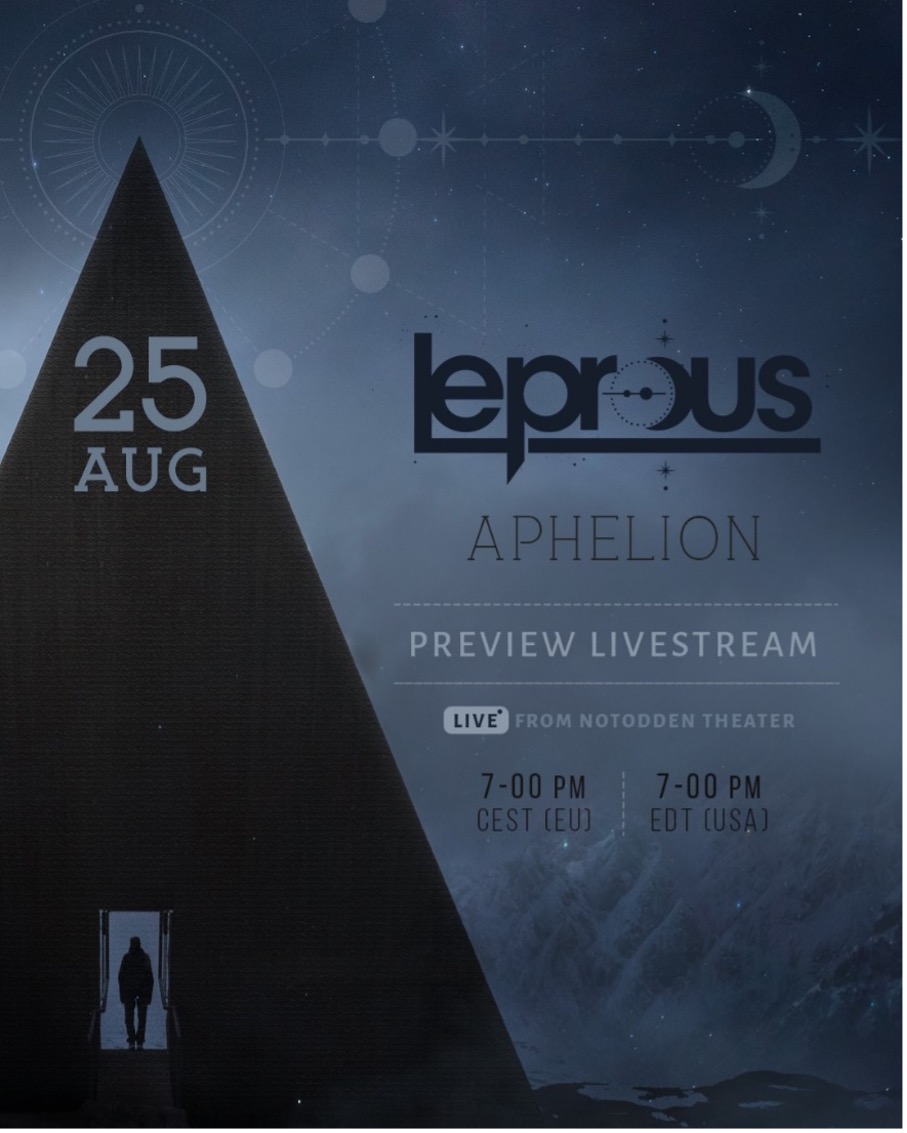 Leprous and Rendezvous Point drummer Baard Kolstad did an interview before the Leprous show in Istanbul on February 13th where he talks about the group’s latest effort Pitfalls, the Prog scene, the upcoming edition of the Prognosis Festival in Eindhoven, and more. The full video interview, as well as a few excerpts, can be seen below.

Asked to comment about the new Leprous album being arguably the most dynamic release the band put out to date, Baard said: “We’ve always been suckers for dynamic and whatever is making the right vibe; it that’s to play soft or if it’s to have everything soft but the drums extremely hard. It’s difficult to point out exactly what’s going on when we make very variated album as that, but of course there were some barriers or not barriers, but it was like new Leprous kind of stuff happening. For instance from my point of view as a drummer, when I heard demos for ‘By My Throne’—it’s just like, ‘okay, that’s a new kind of Leprous, let’s make this sound like us and try to put that into the Leprous setting.’”

About whether or not Leprous defy progressive rock and metal conventions with Pitfalls, Kolstad commented: “When I’m searching new music I’m not going only for progressive bands, I’m going for all kinds of music. It doesn’t really matter what it is, but of course we have a background we love, like Opeth and Tool and Dream Theater—not the others but I love Dream Theater—bands like that, Meshuggah. But that’s tools again—not the band Tool—but tools for us to use in composition and musicianship. We don’t try to care much about expectations, but I guess like the way we write or like Einar writes, the way we play will naturally be for people that only play stoner rock. We will always be a prog band, but for the proggers we will probably not be a prog band. And for a pop group we will definitely be proggy or weird or something like that. We kind of don’t belong anywhere.”

During the interview Baard also talks about the expectations fans usually have from bands in terms of the sound and musical direction, Leprous’ 20th anniversary next year, the current Rendezvous Point tour with Anathema, drum clinics, his tips for aspiring drummers, and more. Watch the full interview below.

Originality is tough in music, and especially so in progressive metal. So many genres have cross-pollinated over the years that trying to put a unique spin on music usually ends up with going so far off the reservation that coherency can be lost. It’s a shame that “progressive” has become a kind of cliche-ridden sound of its own, hence my temptation is to call Eidolon — the second album by Sacramento’s Lunar — a progressive death metal album. Not in the sense that it uses “prog” tropes, but because it genuinely sounds like a forward step in terms of what can be done with death metal.

I’m not often a fan of likening bands to other bands, because I think unless it’s an intentional throwback or copycat it does a disservice, but the first thing that comes to mind is Opeth by way of Fates Warning and I do not say this lightly. Eidolon has an intensity to it that is organically broken up with occasional clean or melodic sections that never sound out of place; the group — brainchild of drummer and songwriter Alex Bosson — never comes across as hokey or gimmicky.

All right, let’s dig in a bit. The musicianship is as tight as any metal release you’re likely to hear this year or any other year. Every member is on top of their game.  And speaking of members, the core of the group is comprised of singer Chandler Mogel, bassist Ryan Price, and guitarist Balmore Lemus, along with already mentioned Bosson on drums. Eidolon also features guest contributions from members of Haken, Leprous, Thank You Scientist, Fallujah, and more.

The guitars layer beautifully, with chunky riffs both alternating and occasionally layering beneath more melodic lines. The rhythm section pounds along, with a bass guitar that fleshes out instead of simply sitting at the root notes, even getting plenty of room to shine on its own (which I appreciate) and a drummer that can handle blistering double bass and blast beats right alongside jazzier sections. All the while we have a vocalist who manages to be perfectly understandable when he growls, by death metal standards anyway, without ever losing that sense of intensity and roughness.

One of the best things about (progressive) metal is that feeling of not knowing what to expect next. Sometimes it’s less enjoyable if it feels like the band doesn’t have a grip on what they’re doing and keep taking left turns to the mood, but once again Lunar succeeds by having each song feel like a distinct entity while never losing the tone of the album as a whole. After the two three “proper” songs (after the instrumental intro “Orbit”), the appropriately named “Comfort” comes in with a melodic and prog-rock/jazz inspired beginning, blossoming into a behemoth of a track that puts acoustic guitar and jazz drumming front and center forming a foundation and building to an explosion of a soothing guitar solo courtesy of Haken axeman Richard Henshall.

At this point you might think you’ve heard all of Lunar‘s arsenal, and you would be all wrong and a bag of chips. The very next track, “Potion,” is way more into the prog rock territory, with underlying acoustic guitar melody and jazz bassline carrying it.

The closing 12-minute epic “Your Long Awaited Void” is like a revue of all the best bits of the rest of the album: heavy riffs, clean vocals mixed with growls, acoustic bits, guitar soloing, in addition to cello-laden atmospherics,…

The word “classic” gets tossed around a lot, but I honestly can’t think of a better word for Eidolon. From front to back and top to bottom, this album is both firmly rooted in death metal with a progressive bend while standing alone atop the mountain. It’s equally headbang heavy and enthralling, music to get in the mosh pit and simply sit in awe of. This is required listening, because there’s nothing else quite like it.

Lucky US residents can look forward to an incredible line-up of bands touring this fall. Co-headliners are Haken, showcasing Album No. 5, and the mighty Leprous. Supporting them are the magnificent Bent Knee, whose Land Animal was my top album of 2017.

Take it from me, you will NOT want to miss this!

Further details, including dates and venues for all 28 gigs, are at https://www.loudersound.com/news/haken-finish-album-no5-and-announce-co-headline-tour-with-leprous