The Vivaldi Metal Project is arguably the Album of the Year for 2016.

Part of that argument involves adopting an historical perspective. To that end, here’s an extract from the interview that on January 2015 (at Blue Train’s studio, Venice) Mistheria gave to Sir RICK WAKEMAN.

Rick wants to test his theory that Vivaldi was the first rock star, and that the Four Seasons was the first concept album. The Croatian musician Mistheria, who is behind the Vivaldi Metal Project, confirms Rick’s thesis.

Antonio Vivaldi’s the Four Seasons is the most popular piece of classical music of all time. There have been over 1000 different recordings , selling tens of millions of copies.   It’s become so ubiquitous – in lifts, as phone ring tones or on call-centre answering machines – that it has been denounced as Muzak for the middle classes.

Rick Wakeman – platinum-selling prog rock keyboardist and television Grumpy Old Man – thinks the critics are wrong. He believes that the Four Seasons was so far ahead of its time that it was actually the first ever concept album – and that Vivaldi was the world’s first rock superstar.

But how could a sickly 18th century priest create the prototype for Rick’s very modern genre? And why did Vivaldi and the Four Seasons disappear into obscurity for more than 200 years after his death ?

Rick turns detective to solve the mystery: his journey takes him to Venice – in the 18th century the most debauched city on the planet – where he encounters some of those who have devoted their lives to studying and worshipping Vivaldi … and uncovers the whiff of a very modern rock star sex scandal which may have contributed to Vivaldi’s downfall.

Rick talks to Scottish virtuoso Nicola Benedetti and genre-hopping British composer Max Richter. In Venice he tracks down a Vivaldi super fan who relocated from France to pay homage every day; he meets Vivaldi scholar Susan Orlando and author Dr Virgilio Boccardi who writes about The Red Priest. And he learns about the composer’s involvement with Pieta, an institute for abandoned children to whom he taught music, from former Wimbledon photographer turned Venetian Micky White.

But the investigation also leads Rick to unexpected places and people.  He meets fellow prog rocker Mike Rutherford from Genesis and debates whose band Vivaldi would join; and he encounters the Croatian arranger and keyboard player whose multi-national assembly of musicians is turning the Four Seasons into heavy metal.

Along the way Rick also discovers the only existing original score for the Four Seasons – in just about the last place anyone would have thought to find it ….

Watch the whole documentary online if you can.

Among the Progarchy editors, I happen to be the resident metalhead. So, on that basis, here is my list of the 10 best metal albums of the year. I have listened to them many times with the utmost enjoyment. They each have aspects that grab you right away, while other aspects must grow on you over time. In any event, they are all musical achievements of the highest quality, and I give them each my highest recommendation.

The albums below are listed in chronological order. As each month of the year went by, it was clear which album I was listening to the most and enjoying the most. So, on it went to my Top 10 Metal playlist. By November it was abundantly clear, simply from my daily listening habits, what my top 10 picks for the year are. So, here they are, but please note that I will also publish a supplementary “pure prog” Top 10 list later on this month. For now, here is the metal list. 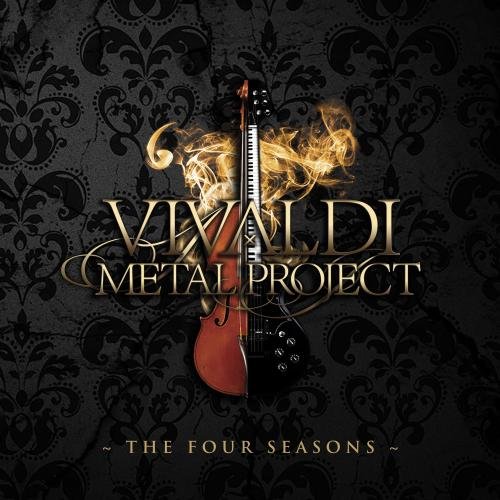