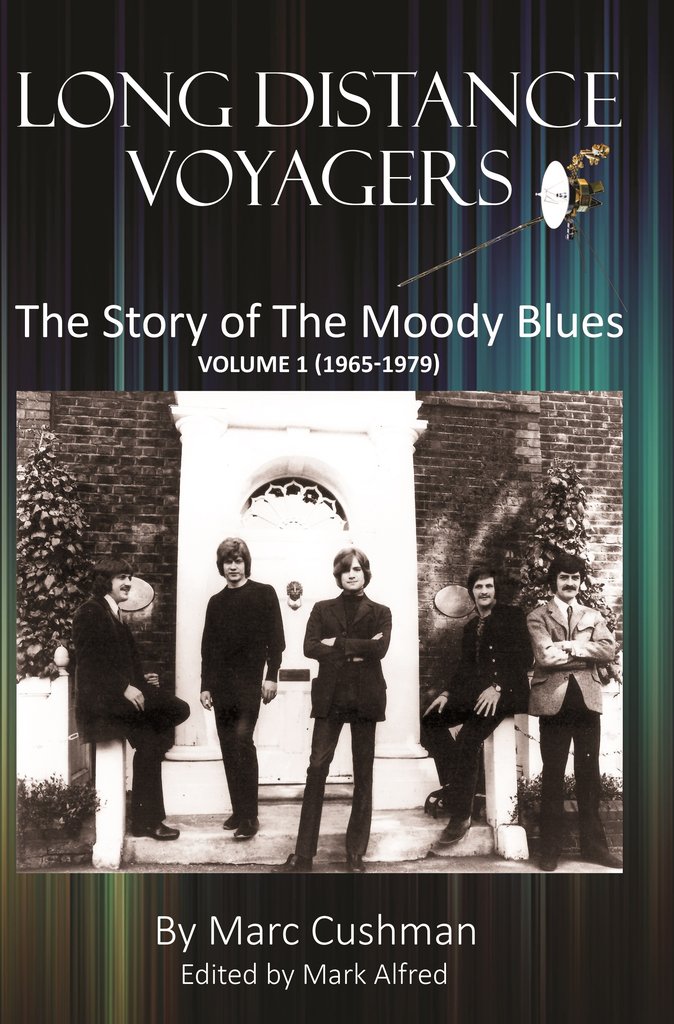 From the latest post on my favorite classical music blog (which also regularly includes fascinating insights regarding world music and Sufism), On an Overgrown Path:

Long Distance Voyagers is a 796 page resource book about the Moody Blues rock band. Surprisingly given the high profile of the band – they have sold more than 80 million records and were one of the pioneers of the concept album and of classic rock – this is the first major volume devoted to their oeuvre. The book is the labour of love of Marc Cushman, who is best known for his monumental books analysing Star Trek and Irwin Allen’s Lost in Space series. This latest massive volume is equally monumental – it is only volume one taking the story of the band up to 1979.

Recently I have been impressed and rewarded by several major historical books about art music icons, including the Nick Drake anthology Remembered For A While. This comes from long-established publishing house John Murray, and has commensurate high design values and sharp sub-editing. Long Distance Voyagers comes from new media publisher Jacobs Brown and suffers from the lacklustre design and lightweight sub-editing that are the hallmarks of desktop publishing. But this should not detract from what is a very rewarding document for those who, like me, underwent their musical and other rites of passage in the 1960s to the soundtrack of In Search of a Lost Chord.

Needless to say, this beauty went on my Amazon wish list immediately, with plans to purchase it Very Soon Now.  Blog author “Pliable” is a former EMI classical recording engineer, eclectic in his musical tastes and erudite in his commentary.  His pungent, all-too-sharp observations on the negative effects of social media recently prompted him to sever his links to Facebook and Twitter (a gutsy step I’ll honor by keeping this post off them).  I can’t help but agree with his lament in a previous post on the magnificent Moodies:

Gone are the days when Visconti’s Death in Venice, Ken Russell’s Music Lovers, Martin Scorsese’s The Last Temptation of Christ and Emerson, Lake and Palmer’s Pictures At An Exhibition could add a new diacritic to young lives. Instead the mantra of our digital age is ‘more of the same please’ driven by the insidious dynamic of social media approval.

Do check out On an Overgrown Path — it’s always excellent reading about music that matters — as well as Long Distance Voyagers!

My dad served on the merit badge review board for our local Scout troop. I’ll never forget the night he complained to me about one of my fellow Scouts who wa 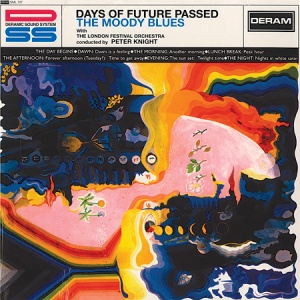 s trying to pass the requirements for the music merit badge, which included so many hours listening to and writing about classical music. “You know what he told me?” asked my agitated father.

“’I’ve listened to the Moody Blues and Emerson, Lake & Palmer.’ And I told him, ‘Young man, that ain’t classical music.’”

I was filled with embarrassment, both for my dad and my buddy. I knew where they were each coming from, and knew nothing I would say could bridge the generation gap. But I did tell my friend that the London Festival Orchestra on a pop album and ELP’s blistering cover of Pictures at an Exhibition were no substitutes (in Scouting) for the real thing, i.e. original arrangements.

The London Festival Orchestra’s appearance on Days of Future Passed was more a novelty than an innovation. Band legend has it that Deram Records wanted the Moodies to cover Dvořák’s 9th Symphony. That story is disputed. If true (and acted upon), the Moody Blues would have pre-empted “Rondo” and Pictures. Either way, Days of Future Passed (1967), while not a prog album in the strict sense, opened up possibilities that energized the emerging prog scene.

Technically this is a psychedelic pop record adorned with orchestral cinemascapes. Apart from the opening and closing motif (drawn from the chorus of “Nights in White Satin”) the symphonic sections seem almost thematically disconnected from the band’s songs themselves. In fact, the listener can detect a difference in the audio quality of the rock songs. It has the feel of two different musical works mashed together. To the mind’s eye this is visually a day in the life of any city, punctuated by trippy music videos.

The most memorable songs here are Justin Hayward’s “Tuesday Afternoon” and Ray Thomas’ marvelous, pulsating gem, “Twilight Time.” John Lodge’s “Time to Get Away” underscores the latent pastoral psyche of Britain, unbound by place or time (though the Tiny Tim-like falsettos are my least favorite moments). And then there is Graeme Edge’s poetry, introduced here with great effect by Mike Pinder’s reading – a voice befitting a medieval bard, looking down on the city’s humdrum routine with both an ethereal sagacity and sympathetic proximity.

Being worked out here were elements that would fall seamlessly into place with On the Threshold of a Dream (1969). Regardless of whether the Dvořák story is true or not, the band realized the mythic proportions that orchestral sensibility could bring to their music. More importantly, they learned to master the arrangements themselves and temper the elements into cohesive statements.

It would be a stretch in my mind to herald Days of Future Passed as the prototypical prog album.  But it put the Moody Blues on a trajectory to inspire the first generation prog artists, waiting in the wings to unleash beauty worth not missing.