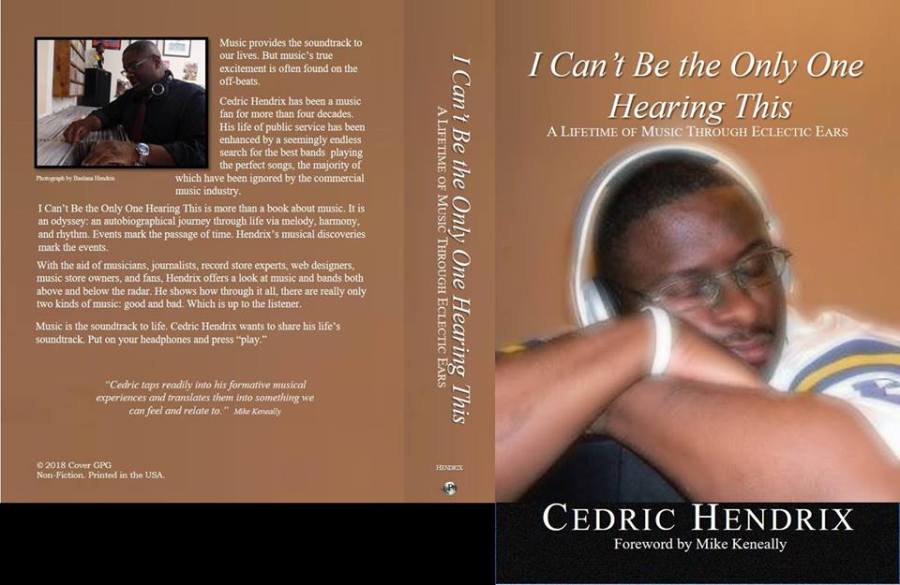 I’ve mentioned some of these before.  Nicholas Schaffner’s The Beatles Forever shaped my teenage Fab fandom; John Culshaw’s Putting the Record Straight served up vignettes of classical composers and conductors — quintessential concert musicians — in the “artificial” environment of the studio; Joe Jackson’s A Cure for Gravity is a sharp, sardonic memoir by an uncannily observant musician, warily treading the path to pop stardom.  And there are more: Glenn Watkins’ passionately encyclopedic Soundings: Music in the 20th Century (which I read in pre-publication form for his class at the University of Michigan School of Music); Greil Marcus’ giddy, eccentric cultural study Mystery Train: Images of America in Rock ‘n’ Roll Music; Sid Smith’s frank, definitive band biography In the Court of King Crimson.

I don’t think Cedric Hendrix would put himself in the same league as these authors.  But reading his first book, I Can’t Be the Only One Hearing This: A Lifetime of Music for Eclectic Ears, provided a similar experience for me.  Finishing it up, I thought, “Yeah.  That’s what it’s like.  He caught it.”