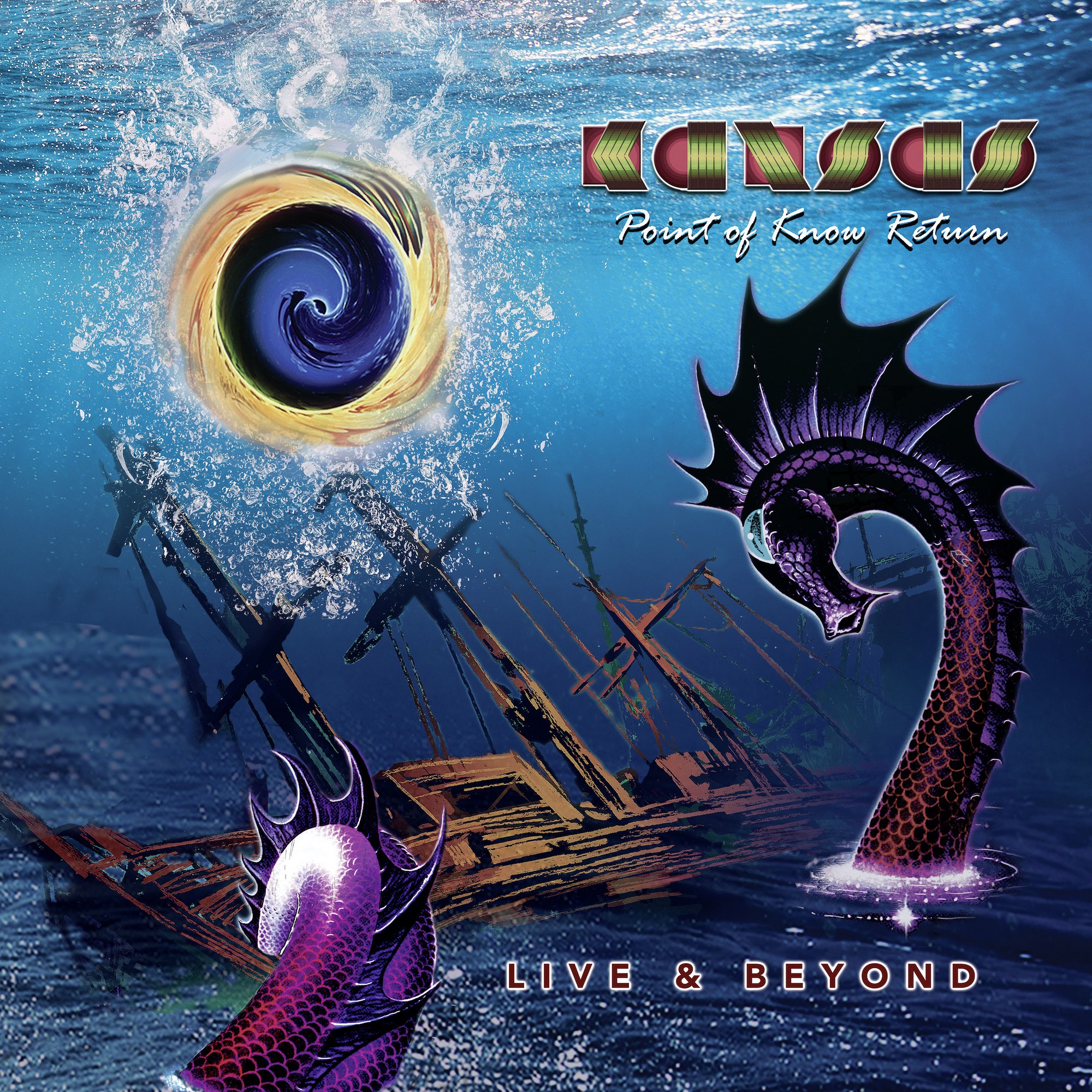 Recently legendary prog band Kansas released their latest live album, Point of Know Return Live & Beyond. The album features performances taken from various shows during their 2019 and 2020 fortieth anniversary tour of Point of Know Return, one of the finest albums in rock history.

I’ve seen Kansas live only once, and that was back around 2008 or so. It was a free show at my town’s annual week-long Independence Day festival. The lineup featured Steve Walsh on keyboards and vocals, Phil Ehart on drums, Rich Williams on guitar, David Ragsdale on violin, and Billy Greer on bass and vocals. I enjoyed the show, and in fact that show launched me into Kansas’ music. But there was no denying that at the point Walsh’s voice was long past its prime, and it was no surprise when he decided to retire from Kansas in 2014.

Kansas’ new lineup formed, and they have since taken the world by storm with their 2016 album The Prelude Implicit and 2020’s The Absence of Presence. Their recent live lineup (as heard on this live record) features Ronnie Platt on vocals. His voice has its own sound, but he’s absolutely phenomenal singing this music, kind of like Nad Sylvan singing for Steve Hackett’s Genesis Revisited shows. The band’s rendition of “Nobody’s Home” sounds almost identical to the original record.

Combine Platt’s voice with the winning combo of Phil Ehart on drums, Rich Williams and Zak Rizvi on guitars, David Ragsdale on violin, Billy Greer on bass, and Tom Brislin on keyboards, and you’ve got an unstoppable prog rock powerhouse. The energy levels on this live record remind me of the energy Kansas had in the 70s. I imagine Platt isn’t dancing like a maniac at the keyboards the way Walsh used to, but the audio has that same intensity.

In addition to playing all of Point of Know Return, the band include a few newer tracks as well as some other hits and deep cuts. It’s great to hear “Song For America” and “People of the South Wind” (Monlith is an underrated album). “Two Cents Worth” was a surprise, but it’s cool to hear that blues element that appeared in Kansas’ early work. From beginning to end this live record is a must-listen. I’m so glad the band continues to carry on and bring this music to old and new fans. Kerry Livgren’s lyrics are some of the best out there, and they deserve to be heard for years to come.