For this Good Friday, here is a 15-minute reflection on what serious music is, courtesy of Roger Scruton and the BBC. Don’t miss it; his thoughts on Bach are wonderful, and his remarks on Bach’s St. Matthew Passion are highly pertinent for today’s holiday. Progarchy is happy to disseminate this broadcast, since we are passionately devoted to all Good music. 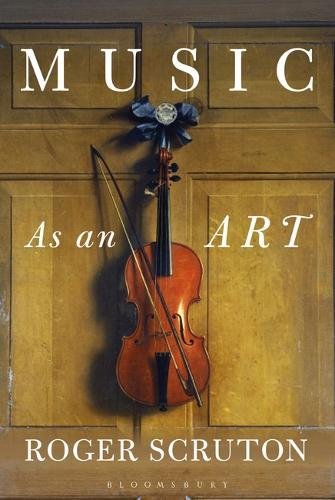 From an interview last month with Roger Scruton:

CWR: You are a famous critic of modern pop music. How were you able to construct such a sympathetic and insightful portrait of one of the main characters in your novel, The Disappeared, who is both an ardent fan and performer of heavy metal music?

Scruton: I wanted to enter the soul of someone whose sense of his masculinity had been damaged, and who compensated through this kind of dramatization of the primordial male. I also think that metal is the creation of people with real musicality, who have developed the muscle of music as though by weight lifting, and lost that beautiful, inner, female thing, which is the sung melody.

CWR: How can young people be best introduced to good music at an early age? What is the optimal way to inoculate them against the adverse effects of bad music on their souls?

Scruton: I think it is very important to learn to sing in choirs, and if possible to learn an instrument, even if only the recorder or the guitar. To read music, to play for yourself, to sing melodically — all these establish the link between music and the inner life which will serve to inoculate the young person against the worst kind of musical influenza.

And now you can listen to an MP3 of Scruton on BBC Radio 4 on “The Tyranny of Pop.”

Keeping in mind that Scruton is talking about bad music, how is it possible to disagree with him?

Some reflections on Roger Scruton on “The Sacred Space of Music“:

In The Soul of the World, Scruton observes that although Beethoven’s C-sharp Minor Quartet contains no particular story about human life, nevertheless somehow “all human life is there.” It is not merely pleasant to listen to. Rather, it addresses us with a challenge.

“There are no easy options, no fake emotions, no insincerities in this music, nor does it tolerate those things in you. In some way it is setting an example of the higher life, inviting you to live and feel in a purer way, to free yourself from everyday pretenses,” writes Scruton, “That is why it seems to speak with such authority: it is inviting you into another and higher world, a world in which life finds its fulfillment and its goal.”

Scruton notices that listening to music is in a way like dancing to it. Further, there is a difference between the dancer who understands the music, thereby translating it into expressive gestures that fit it, and “the dancer who merely dances along with it, without understanding it.”