The title of the new Kansas album—“The Prelude Implicit”—is open to some interpretation, but the intent of the cover art, which features a phoenix, seems clear enough: regeneration and rebirth. The legendary band has long been known for non-stop touring, but the past few years have seen the sort of changes that either mark the end or a new beginning (and that is, I suppose, the likely implicit message of the album’s title). Like many other groups that achieved great commercial success in the 1970s, Kansas has gone through several line-ups, as I cover in some detail in this 2013 review of a John Elefante album.

And there, of course, is the Big Rub, because when bands split and original members leave, fans are often faced with a dilemma: Is Kansas really Kansas without Steve Walsh singing and playing keyboards, or Kerry Livgren playing guitar and keyboards, or Robby Steinhardt on violin and vocals? (Those who like to keep track of such things can find a good chronology here.) Livgren, of course, was key to the band’s distinctive, detailed, and orchestrated sound in the first decade, writing music that was at turns melodic (“Dust in the Wind”), anthemic (“Carry On My Wayward Son”), and esoteric (“Incomudro – Hymn to the Atman”, “Cheyenne Anthem”, etc), with lyrics that were loaded with references to spiritual turmoil, seeking, and wandering. And Walsh, the bad boy of the group, proved to be one of the finest vocalists of the era, with a pure, powerful tenor that was equally muscular and soulful (until the excesses of the oft-cited “rock lifestyle” began to eat away at it). Both facts come through clearly in the excellent documentary “Miracles Out of Nowhere”, which marked the band’s 40th anniversary and, it seems, marked a certain line of demarcation. “In truth,” I wrote in my review of the documentary,

some bands are far more interesting for what they did off the stage than for what they did on the stage. And then there are bands that really are, at the end of the day, all about the music, and it seems quite clear that Kansas is in the latter camp. It is rather striking how ordinary these six musicians appear to be, with only Walsh (who retired last year) giving occasional glimpses into a more prickly, difficult side. Ehart, whose warm humor and casual self-deprecating approach make him the star of the documentary, is keen to praise his bandmates, expressing obvious awe over Walsh’s vocal prowess and Livgren’s songwriting, saying that back in the day he didn’t think of Livgren as a musical genius, but perhaps only because they ate hamburgers together. And even Livgren, who nearly died in 2009 after suffering a stroke, seems genuinely surprised at the astounding run of classic songs he produced in those years, offering up thanks to God in a somewhat “Ah, shucks” sort of way.

Watching “Miracles Out of Nowhere” three times and listening to “The Prelude Implicit” some two dozen times now, I think that while the genius of Livgren and the distinctive abilities of Walsh are essential to the classic Kansas sound (the five first albums especially), we mustn’t overlook the duo that has proven to be the glue for Kansas for so long now: guitarist Richard Williams and drummer (and manager) Phil Ehart. I have long thought that Ehart, in particular, has never received proper recognition for his drumming, which is both virtuosic and musical—just listen, say, to “Song for America” and hear how he carries the entire tune and yet does so without drawing attention to his playing. In a word, his playing is “tasteful”. Ehart is the ultimate team player, and that quality comes through in the new album, on which he co-wrote nine of the 10 cuts. There is a certain Kansas-ish structure to songs—even ballads such as “The Unsung Heroes”—that shines through, and Ehart’s playing is essential to it. END_OF_DOCUMENT_TOKEN_TO_BE_REPLACED

Yes, the title is an exaggeration. Perhaps it should be “albums no one admits to listening to or liking”! I’m sure there are plenty of others who like some of these albums. In fact, a few of these albums sold quite well. But reviews tended to be tepid, mixed, or worse. And in certain circles (yes, I’m looking at you, Rolling Stone magazine), most of these albums were either panned or scorned. Or they were simply ignored. (Deep question: “If Chris Cornell makes an album with Timbaland and no one listens to it, does it really exist?”)

The bottom line, I suppose, is that these albums tend to not fit comfortably into the larger body of an artist’s or band’s work. It might be that the album simply isn’t as good as other albums; or, it tended to be dismissed or downplayed because of apparent shortcomings or actual flaws. But, for me, these are often the most interesting albums, even if they are not the best albums. Just as really great people become more human and thus more fascinating when their flaws or failures are revealed or recognized, great artists reveal something in work that is “left field” or somehow not considered to be 10/10 material. (And, yes, I do consider ABBA to be a great band. Really. I’ll explain why soon enough.)

I’ll be posting my Top 10 “albums no one else listens to or likes” over the next few weeks. The first album on my list is: END_OF_DOCUMENT_TOKEN_TO_BE_REPLACED 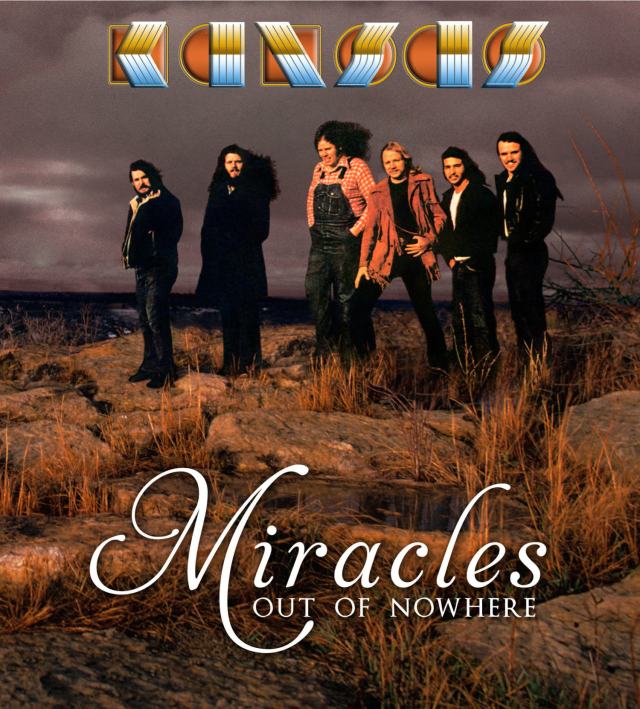 In one of my first posts here at Progarchy.com–“A Pilgrim’s Prog-ress”–I wrote about the key role that Kansas (the band, not the state) played in opening the doors to prog for me:

Around 1985 or so, I bought a copy of “The Best of Kansas”. That opened the door to prog. There was something about the mixture of Livgren’s lead guitar, Steinhardt’s violin, and Steve Walsh’s amazing voice, along with lyrics soaked in spiritual longing and Americana, that grabbed me by the scrawny neck. Over the next three or four years, I ended up collecting everything by Kansas, Kerry Livgren (solo and with AD), and Steve Morse (solo, Dixie Dregs, etc.). My favorite Kansas albums are “Song for America” and “In the Spirit of Things”, although they weren’t the chart-toppers that “Point of Know Return” and “Leftoverture” were.

Early on in the documentary, “Miracles Out of Nowhere”, which was released in March, drummer Phil Ehart emphasizes that it was Livgren’s song writing, Steinhardt’s violin, and Walsh’s vocals that made Kansas such a distinctive-sounding band in the 1970s. He is surely correct about that, but he also, in saying so, humbly passes over another key to the band’s steady rise and eventually rather surreal success (or miraculous, a consistent theme in the documentary): he own unassuming, balanced personality and rooted, yet deeply musical, drumming. As Garth Brooks, one of several rather surprising guests, marvels in recalling his first Kansas show: “It was the first time I’d seen a drummer play actual notes!”

Miracles and music: those are the two constant themes throughout the documentary, which begins with childhood memories and concludes with 1977’s “Point of Know Return”, Kansas’ fifth album and the apex of the band’s commercial success (it hit #4 in the U.S. and featured the band’s biggest hit and best-known song, “Dust in the Wind”). That album is, arguably, a fitting conclusion to the documentary as the band would soon learn there really are points of no return; or, in the words a certain young lady, “Toto, I’ve a feeling we’re not in Kansas anymore”. It wasn’t long, in fact, before Walsh departed, then Livgren, and then the band entered into the post-classic-Kansas era (I provide some details here). END_OF_DOCUMENT_TOKEN_TO_BE_REPLACED