So apparently, a Twitter user wanted Weezer to cover Toto’s “Africa,” after hearing the iconic 1980s yacht-rock classic on the season 1 soundtrack of Stranger Things.  After the meme went viral, in very short order:

All of which, to quote Robert Plant, makes me wonder:

On the other hand, perhaps we should all just relax.  And plan to tune in to season 3 of Stranger Things.  If only to see what music is hot in Sam Goody’s at … the Starcourt Mall … 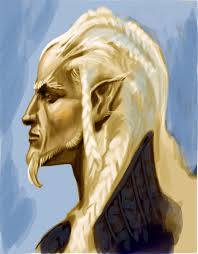 So, after several months of curious postings and even a rather great music video, it seems that Tom Timely, aka “The Elf King,” is the Tom of Glass Hammer’s 2000 masterpiece, CHRONOMETREE.

Notice the date!  Just about three months before season 1 of Stranger Things begins.  Tom never admits it, but I’m guessing that he lived in Hawkins, Indiana.

In a few other posts, I have had the privilege of listing my top albums, in the order I loved them.  My 2017 list goes, from no. 10 to no. 1: Anathema, The Optimist; Bjorn Riis, Forever Comes to an End; My Tricksy Spirit; Ayreon, The Source; The Tangent, The Slow Rust of Forgotten Machinery; Cosmograf, Hay-Man Dreams; Glass Hammer, Untold Tales; Newspaperflyhunting, Wastelands; Dave Kerzner, Static; and Big Big Train, everything released in 2017!

There are, however, a number of great releases from the year that I simply did not have time to grasp fully or immerse myself in the way I think necessary to review properly.  None of this, however, should suggest–to my mind, at least–even a kind of lesser quality or second-hand citizenship in the world of Prog, or in the republican anarchy that is progarchy.

For what it’s worth, I thought each of the following extraordinary as well, and, I hope, when Kronos allows, time to embrace each in the way it deserves.

Lifesigns, Cardington.  I think John Young is a treasure of a musician and composer, and I’m honored to travel this world at the same time as he.  Intelligence radiates from everything the man does, and, even better, it’s an intelligence utterly in the service of good things.  The first Lifesigns was a shock of joy to me.  This one as well, though I’ve just not had the time to dive into it.

When I listen to Lifesigns, I actually think of Young and the band as the anti-Radiohead guys.  Imagine the darkness of Radiohead and then do exactly the opposite, in terms of melody and lyrics.  And, you might arrive at Lifesigns. My favorite track on this new release is nine-plus minute “Different.”

END_OF_DOCUMENT_TOKEN_TO_BE_REPLACED

Ok, so I’m taking a bit to get through my best of 2016.  It was a GOOD year.  Certainly not when it came to violence or politics, but music.  It soothes my upset soul.  Thank you, fellow proggers.

One quick note before I dive into part III.

I must mention an album (two parter) that brought immense joy to me this year: the soundtrack of STRANGER THINGS.  I’ve had the opportunity to sing the praises of this glorious 8-part nostalgia trip of a Netflix series elsewhere, and I’m terrible at trying to describe and review electronic music.  Regardless, this soundtrack captures the mystery of the series just perfectly.  I’ve seen the series three times, and I’ve listened to the two-CD soundtrack a million more.  Few things will define 2016 as much as this series did.

Ok, back to regular programming. . .

END_OF_DOCUMENT_TOKEN_TO_BE_REPLACED

Wow, I haven’t seen a movie this good in a long time! What a masterpiece. It’s incredibly well done, and I can’t wait to watch it again.

Five stars, both for the eight-hour movie and its cool soundtrack. You gotta love that title sequence and its awesome music…