Looking back at 2020, it’s hard to believe that we lost Neil Peart at the beginning of the year. That loss hit me pretty hard, since Rush’s music has been central to my life from an early age. I talk more about that in my tribute to Peart: https://progarchy.com/2020/01/12/neil-peart-a-misfits-hero/. I start off my year-end review list with a reminder of the loss of Neil because it seems like a fitting way to remember 2020. Peart’s loss represents what so many people have lost this year, whether it be family members and friends due to the virus or jobs lost due to draconian forced business closures that haven’t actually accomplished anything in slowing the viral spread. Not to mention the emotional distress that physical separation is causing many people.

Another thing we lost this year was live music from our favorite bands. Big Big Train had their first North American tour planned for late spring this year. Canceled. Devin Townsend was in the middle of a glorious North American tour with Haken when everything blew up. Canceled. Obviously this list could be expanded to every band that tours. Losing live music makes it even more difficult for bands in a niche genre to spread their music to more people.

But enough lamenting. We still got a lot of great music this year. The following list is in no particular order apart from my number one album at the end. I include both new albums and live records. 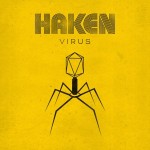 Haken – Virus
I was a little surprised that I was the only person over at the Dutch Progressive Rock Page to include this one in my top ten list for their annual list. Maybe people were really sensitive about the name of the album, but it was clear that the album was written and completed before the novel coronavirus was a known entity. The music is fantastic. It’s probably their heaviest album to date, but it still has some of their calmer moments. It’s Haken through-and-through, and it makes a wonderful companion to 2018’s Vector. We also get to hear some more about our old nemesis, the cockroach king. It’s pretty cool how they worked in some of those themes. Fantastic album that should’ve received more attention than it did. Check out my review: https://progarchy.com/2020/07/23/haken-goes-viral-virus-album-review-haken_official/

END_OF_DOCUMENT_TOKEN_TO_BE_REPLACED

Ok, so I’m a little late with this news, but I just saw that the San Francisco Bay area thrash legends, Testament, recently announced the release of a new forthcoming album. The Brotherhood of the Snake will be released via Nuclear Blast on October 28, 2016.

I really enjoyed their last album, 2012’s Dark Roots of the Earth. Testament is a metal band that has become better and better since their inception in the 1980s. They brilliantly combine their style of thrash with straight-up metal and a few toned-down heavy rockers. They are very similar in style to Metal Allegiance, which isn’t surprising since guitarist Alex Skolnick plays for both groups.

The band has said that this album will be even thrashier than their previous albums, with about half of the songs being thrash metal. The album will see singer Chuck Billy singing in his signature heavy voice, while avoiding the death vocals of their earlier albums. Basically, if you liked Dark Roots of the Earth, you’re probably going to like the new album.

Thrash on, Progarchy, and enjoy your Metal Monday.