There is a lot of great prog and prog metal currently in the pipeline – either that has already been released or that will be in the coming months. Plenty of new singles and whole albums out.

Australian prog metal band Caligula’s Horse released their brand new record, Rise Radiant, today. For some reason their music never really connected with me before, but this album has. It is insanely good. It has the technicality mixed with the quirkiness that this generation of prog metal has become known for. Outstanding vocals as well. I’ve got some homework to do on their back catalog. If all goes well, they’ll be coming to North America next January-February for the very first time. https://caligulashorse.com

I’ve been able to listen to an advance copy of Haken’s new album for a few weeks now, and it is quite good. It has been a slow burn for me, but that could have something to do with absorbing it in the background while I work from home. It has the heaviness and the technicality we are used to, and melodies abound. There’s a gentleness in Ross Jennings’ voice that strikes me as something new, but I could be wrong. There are also musical nods to their last album as well as “The Cockroach King.” The title is bound to upset some people, but it’s not like Haken could have possibly known what was going to befall the world when they wrote and finalized the album. The release date has been pushed back a few weeks to June 19. I expect this is due to production issues with supply chains in the western world having been shut down for over two months. The band released another single today. https://hakenmusic.com 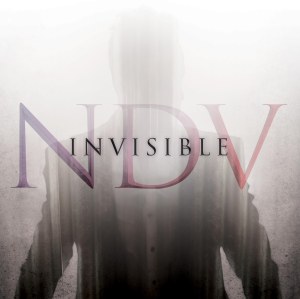 Big Big Train drummer Nick D’Virgilio has a new solo album coming out. Based on the single, it has a bit of a Big Big Train vibe in the song structure and general progression, but there’s also a Broadway theatricalness to it. The latter, according to D’Virgilio, comes from his time working with Cirque de Soleil. The album title comes from being an invisible member in the orchestra pit. Nick obviously plays the drums on this album, but he also sings. Anyone who knows his work from Spock’s Beard knows what a great voice he has. Jonas Reingold plays bass, Randy McStine plays guitars, and Jordan Rudess plays piano and sythns. Brass and string sections are courtesy of the Abbey Road Studios orchestra. Yeah this is some next level stuff. I’m looking forward to hearing the whole thing. Out June 26. https://www.nickdvirgilio.com