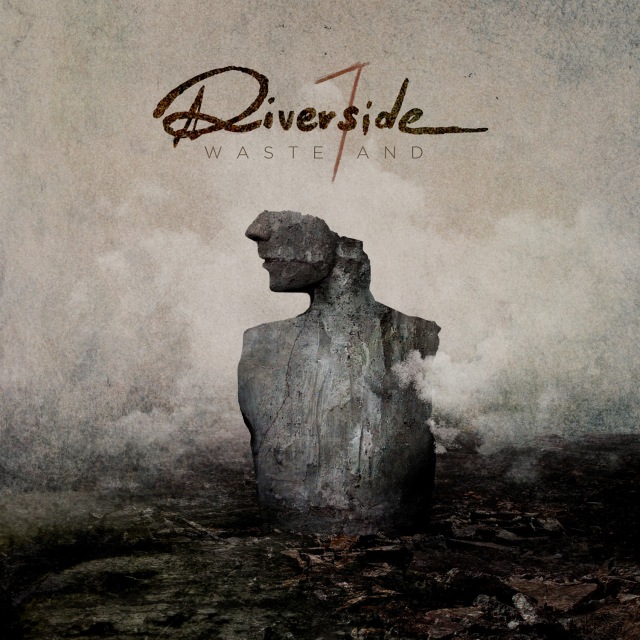 True art eschews politics, and so will I in this post.

By now, I hope you have all had a chance to listen to Riverside’s brilliant new album, Wasteland. It was magnificently reviewed here at Progarchy by Erik Heter and Brad Birzer. This album is beautiful. It is devastating. It is art at its finest.

Just as T. S. Eliot’s masterpiece “The Wasteland” was written in the depths of pain and despair, Riverside’s new masterpiece was written as the band dealt with pain and loss. The 2016 deaths of guitarist Piotr Grudzinski and Mariusz Duda’s father hang heavy over this album, but they do not weigh it down. Rather, they inform its brilliance. Yes, Riverside’s metal moments are here, and Duda does a great job on guitar when needed. But it is the quiet moments that shine like the star Sam and Frodo saw shining through the gloom and dark of Mordor (an allusion I have shamelessly stolen from Brad… and Tolkien).

Much like the recent Oak album, “False Memory Archive,” “Wasteland” embraces the good, the true, and the beautiful. The lyrics are timeless. They get at the what it means to be human. Our lives are filled with happiness, pain, joy, and immense suffering. Riverside don’t hide this fact. They face it head on, and in doing so, they have created true art. Art should move beyond the mundane and fleeting. In 100 years, no one will be remember or be amused by the political ramblings of Roger Waters, Andy Tillison, or Nick Beggs. They will probably remember “Supper’s Ready” and hopefully they will remember “The Underfall Yard” because that song and album deal with issues of lasting importance. “Wasteland” fits into that category. These concepts transcend time. In 1000 years, the lyrics to “The Night Before” will remain relevant.

Embrace beauty and art in music. Reject the ephemeral in favor of the ethereal.

It wouldn’t be an understatement to say Mariusz Duda, or as he known around here, The Duda, has been a busy man.  Between last year and this, he’s put out not one, but two Lunatic Soul albums.  In addition, he’s been busy with his day job, recording and preparing the new Riverside album, Wasteland, which is out September 28th.  And then, of course, touring which will be upcoming soon.  Recently, we caught up with The Duda, talking to him for the third time at this site.  Topics included the concept and inspiration behind the new album, recording as a trio for the first time, various instrumentation used on the album, and why he effing hates The Eagles, man.

[Note: It’s possible that I completely made up the thing about him hating The Eagles]

[Note 2: And by possible, I mean 100% absolute metaphysical certainty]

Progarchy: What made you decide to do an album about surviving in a post-apocalyptic world?

Mariusz Duda:  First and foremost, the story is what I always wanted to write about but never had the occasion to until the end of the world happened in Riverside.  I thought that OK, if I choose this subject, it will be multi-dimensional to have many layers, and pretty symbolic stuff, so I chose this you know.  This is a story about survivors, about the end of the world, and the people who survive the end of the world.  But it’s also connected with the situation in the band, and the situation all around the world, because we live in uncertain times.  For some people, Wasteland might be like Poland or something, so I thought I would do that kind of subject now.