Coming in the #5 slot (in alphabetical order) on my Best of 2013 list is the band that released an exceptionally fine metal album this year:

This truly excellent metal album became a favorite of mine early on in 2013. I’m not sure, but I believe Brad circulated an Electronic Press Kit sent by the band to Progarchy.com early in 2013 and that was how I first heard of “Ride the Void.” But then it was finally a recommendation from a student that sent me over to iTunes to actually investigate further and to listen to the track previews.

Giving the tunes a superficial and abbreviated first listen, I only downloaded four tracks: “Archeus” (a brief instrumental intro); “Dark Passenger” (the announced single); “Sleep of Virtue” (a track that instantly sounded amazing to my ears); and “Rains of Sorrow” (the album’s epic metal ballad finale). Nothing immediately grabbed me and stood out as I previewed the other tracks, and so I only downloaded these four.

Well, after a week, I was completely hooked and totally won over by the excellence of this unusually fine metal. So I downloaded the rest of the album. Eventually, after repeated listens, I knew this would be on my Top Ten for the year. The guitar work was so amazing that, despite the heavy metal cliches in the lyrics’ subject matter, I had to acknowledge that here was a work of musical skill that stood out within the genre as being above and beyond all expectations.

The hardest tracks for me to get into were three with death growl vocals, since I find that whole style of singing to be completely ridiculous. Cookie monster vocals is my preferred term for this sort of silliness that mars otherwise enjoyable music. But nevertheless over time I was still won over to these three tracks because the instrumental work in them is so superb and because the cookie monster vocals are used only sparingly for dramatic effect at appropriate points in the songs: “Bestia Triumphans,” “Crosswinds,” and “The Great Artifice.” The first one (“Bestia Triumphans”) was the easiest one for me to get to like, because that track has some epic prog metal time shifts and a bombastic dramatic context that suitably situates the vocal silliness. The latter two tracks (“Crosswinds” and “The Great Artifice”) have first-class guitar work, and so in the right mood I can listen to the whole album, but sometimes I still resort to a playlist that omits these tracks (my two least favorite and only because of the unwelcome vocal interjections).

Over time, in addition to “Sleep of Virtue” and “Rains of Sorrow” which immediately struck me as upper-echelon metal, “Too Decayed to Wait” became a stand-out favorite of mine because of its remarkably catchy guitar work. But really there are so many fine moments on all the tracks here that once you digest the album as a whole you simply to need to endorse the whole project as one of the very best of the year 2013.

Let me close out my review now with some links to YouTube commentary by some band members on almost all of the album’s tracks:

1. Archeus: This is the overture to the album. Its relative restraint allows you to be nicely ambushed by all the metal excellence that follows.

2. Bestia Triumphans: Ignore the cookie monster vocals when they intrude and then you can enjoy the innovative prog metal composition and the interesting musical shifts in this elaborately dramatic piece.

3. Dark Passenger: This single has a classic-sounding heavy metal gallop to it and could therefore be considered the “poppiest” of the songs; but really it is simply classic, new wave British heavy metal of the Judas Priest variety. The genre-bound lyrics take up a Rosemary’s Baby theme to sing of the titular passenger. Ignore that silliness and simply enjoy some really sweet solos and harmonized lead work. The band acknowledges that with this “horse metal” they are deploying leads over the chorus in deliberate homage to 70s metal. I love the way the song ends in such an exciting way.

4. Bleeding Stone: A very heavy track for Holy Grail that’s a bit of a nod to Slayer and also Black Sabbath. It’s got a triply feel, and a tough swashbuckler pirate vibe. Apparently it is a leftover from their last album.

5. Ride the Void: The title track that some band members feel might be their best yet. Perhaps you will hear the nods to Amon Amarth, Megadeth, and Thin Lizzy. Not my favorite track but still undeniably great musical work.

6. Too Decayed to Wait: Really effective time shifts and superb guitar work make this a fave. If I only have time to listen to one cut, this is always it.

8. Take It to the Grave: Unbelievably, this track was almost cut from the album. But it has such awesome guitar switchoffs, that it is easily one of the very best tracks. So very enjoyable. Top notch. Deserves an award for its outstanding guitar playing; it certainly does not deserve to be cut!

9. Sleep of Virtue: Everything works in this track to perfection. It would be the one track I would play to try and get someone to give the band a further listen. Astoundingly good.

10. Silence the Scream: Genre-bound lyrical subject matter is about a roadie as the perfect serial killer. Ignore that silliness and instead enjoy the “proggy riff” with “happy” and “poppy” melodies that contrast with the dark lyrical content.

12. Wake Me When It’s Over: Classical guitar training on display here in an acoustic guitar palate cleanser before the epic finale. Really nice time fluctuations.

13. Rains of Sorrow: The band steps beyond everything that could keep them pigeonholed and narrowly genre-bound and does an epic metal ballad that succeeds wildly on every level. Truly exceptional and a fitting conclusion to this year’s standout pure metal album. 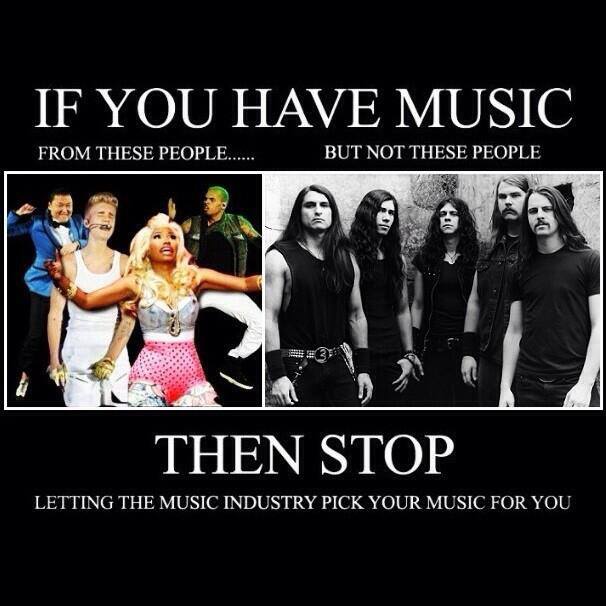