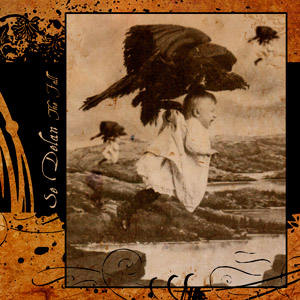 There are music labels, and there are music labels. By which I mean: occasionally a label appears that maintains such a high quality roster of artists, and its production is so consistently excellent, that discerning listeners will buy anything that label releases. 4AD (home of Cocteau Twins, Dead Can Dance, Lush, and This Mortal Coil, among others) was such a label for many music fans in the ’80s and ’90s. ZTT was another, with its over-the-top Trevor Horn productions, and copious and entertaining liner notes that more often than not baffled rather than illuminated the reader.

In this decade, KScope has become the go-to label for fans of edgy and intelligent music. One of my first posts (back in 2012) on Progarchy was a brief overview of KScope’s roster of “post-progressive” artists. Since then, they have expanded their offerings to include many new artists, and the latest star in their constellation is Se Delan (pronounced “say deh-LAN”, it’s Old English for “the deep”.). Consisting of multi-instrumentalist Justin Greaves (Crippled Black Phoenix) and singer Belinda Kordic (Killing Mood), their début album, The Fall, is a seductive, languorous gem that sneaks up on you and draws you into its dark beauty before you’re even aware of it.

Kordic’s breathy vocals bring to mind early Lush, while Greave’s acoustic-based compositions sound relatively simple until you allow yourself to be carried away by the multilayered deep grooves he develops. The songs feature slow yet insistent beats, punctuated by spaced-out bursts of bluesy guitar (i.e. the outstanding track, “Dirge”). If Twin Peaks were airing today, this album would be the perfect soundtrack.

Kordic’s lyrics imbue the music with a sense of  the surreal, while expressing a resigned longing:

Tonight, as you sleep

of those haunted thoughts

that keep you so damned low.

The only misstep is “The Hunt” – a dissonant track that doesn’t really fit the mood of the rest of the album. However, the closing song, “Lost Never Found” has an absolutely heartbreaking and spare beauty to it. Beginning with an unaccompanied piano, Kordic eventually sings a few lines while a violin softly enters. Drums, bass, and guitars join in and bring the song to a stirring conclusion. Fans of Nosound will love it.

With The Fall, Se Delan have delivered a very impressive début. The first listen intrigues, the second pleases, the third leaves you somewhat discomfited and wanting more. Here’s hoping this is not a one-time collaboration.

One thought on “The Siren Songs of Se Delan”