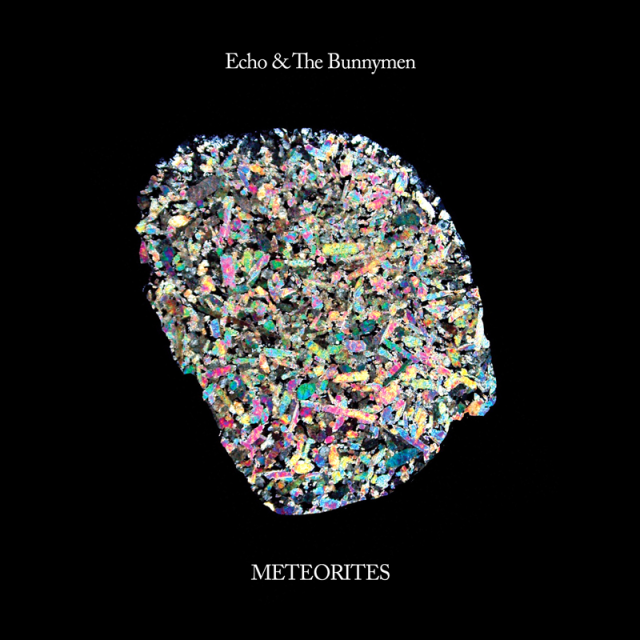 For some one of my age (46), it’s very hard not to trap Echo and the Bunnymen in the best memories of my youth.

From 1980 to 1984, the band produced four classic albums in a row, the best of which was HEAVEN UP HERE.  Their self-titled album of 1987 was ok, but nothing spectacular.  In 1990, with a new singer, Echo released an album that has stood the test of time rather well.  Though it’s simply not Echo and the Bunnymen, REVERBERATION is a really catchy pop-rock album with a lot of neo-psychadelia.  REVERBERATION, still, is better than anything else Echo has released post-OCEAN RAIN.

In 1997, Echo reformed with Ian McCulloch once again taking lead vocals.  Everything Echo has produced since 1997 has been unsatisfying, an Echo of an Echo with momentary flashes of brilliance.

The new album, METEORITES, slated to come out in four days, is good but not astounding.  Maybe this is simply my fault, my failure to appreciate all that is currently Echo.  I very much want the Echo of my youth–angry, hard edged, nasty, lush, claustrophobic, and angular.

METERORITES is, as I just noted, good but not astounding.  It’s a safe and nice return to the late 1980s without causing any problems and without taking any serious chances.  What saddens me, though, is that the album is on the edge of astounding.  A different producer, a different engineer, a different some one (as Rush has down with their last several albums) might have made METEORITES spectacular.

As McCulloch has recently said, METEORITES is a concept album.  And, so it seems to be.  There’s a lot of discussion of religion, especially historical religion.  I’m just not sure what it all means.  Still, Echo was always best when combining elements of hard rock and prog with pop sensibilities.

McCulloch’s voice is excellent and the same can be said of Sargeant’s guitar work.  But, again, it’s all so safe.  The bass and the drums are bland, and, thus, an essential part of Echo seems missing.

The Guardian is streaming the entire album, and you can judge for yourself before buying it.  After listening, I’ve decided not to purchase it.  I know I would only listen to it a few times, but then I would forget about it, relegating it to mere un-accessed space on my hard drive.

If you’re looking for the best of Echo, you must return to the band’s past: CROCODILES (1980); HEAVEN UP HERE (1981); PORCUPINE (1983); and OCEAN RAIN (1984).  These four albums rank as four of the best in the rock era.  Additionally, as Pete Blum has recently argued, the best modern Echo is to be found in Sergeant and Patterson’s prog band, Poltergeist.