Ten years ago this Sunday, Tears for Fears released its last full album, Everybody Loves a Happy Ending. As I realized this this week, it hit me hard that it has been this long since the band’s last album. A decade. Of course, that album appeared nine years after the previous one, Raoul and the Kings of Spain. Still, in between the two albums came Orzabal’s truly brilliant solo album, Tomcats Screaming Outside. Thus, the gap seemed less severe.

This is not to suggest that TFF has fallen off the radar of popular culture completely since 2004. Far from it.

In fact, they’ve been quite active in a variety of ways. In addition to some infrequent touring, TFF released a three-song EP of covers, Ready Boys and Girls? (only on vinyl and with a gloriously psychedelic cover) last spring and is, according to the news available, hard at work on a new album, a rather dark one it seems.

Rolling Stone covered quite a bit of TFF news almost a year ago. http://www.rollingstone.com/music/news/tears-for-fears-arcade-fire-cover-kick-started-new-recording-20130822.

Roland has also just this year released his first novel, Sex, Drugs, and Opera. I’ve yet to read it, but I most certainly will as soon as time allows. Reviews of it have been strong, most reviewers noting with some surprise that this is Roland’s first novel. The guy is obviously immensely talented.

For what it’s worth, I’ve been interested in TFF since I first heard “Everybody Wants to Rule the World.” This was the first single to make its way to the U.S. and to the Great Plains of central Kansas. It was the second single, “Shout,” that convinced me to (made me?!?!) fall in love with the band. I immediately purchased Songs from the Big Chair as well as The Hurting. I’ve detailed my thoughts about Songs from the Big Chair elsewhere on progarchy. Suffice it state here, I consider it—along with Pet Sounds by the Beach Boys and XTC’s Skylarking—as the three best and greatest examples of progressive pop. https://progarchy.com/2013/03/27/about-as-good-as-pop-gets-songs-from-the-big-chair-1985/

If pushed, I might also throw in some of World Party’s songs (but not the albums).

As far as I know, I own a copy of every single song TFF has made with the exception of the vinyl releases mentioned above. I’ve even bought multiple copies of certain albums (such as Songs from the Big Chair and Raoul) just to get the b-sides included with each new release. So, it would be fair to state that I’m a rather huge fan and have been for decades.

To commemorate the tenth anniversary of Everybody Loves a Happy Ending and in anticipation of a full album, I’ve decided to rank all TFF albums.  So, here they are:

Songs from the Big Chair (1985). As I’ve tried to argue elsewhere, this is a perfect progressive pop album, beautifully conceived and constructed. No stand out tracks as they’re all stand out. Not a flaw on this album.  10/10 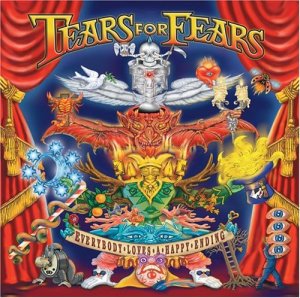 Everybody Loves a Happy Ending (2004). Not at the level of Songs from the Big Chair, but pretty close. The album suffers from two problems. First, it’s not nearly as cohesive as Songs. Second, it has a few weak tracks. Still, the album as a whole is so good that it makes the weak tracks even better. The best tracks: Call Me Mellow, Who Killed Tangerine?, Quiet Ones, The Devil, Killing With Kindness, and Lady Bird. 8/10

Elemental (1993). Again, a nearly perfect album. If I had to label it, I’d call it prog electronica. As the title suggests, the atmospherics on this album are just stunning, as are the lyrics. Stand out tracks—all of them, really. Not a dud on the album. But, I most like: “Elemental,” “Cold,” “Mr. Pessimist,” “Fish Out of Water,” “Gas Giants,” “Power,” and “Brian Wilson Said.” Everybody Loves a Happy Ending ranks higher, in my opinion, only because its best songs are better than the best songs on Elemental. But, barely. 8/10

The Hurting (1982). Artistically, this is a brilliant album. It is almost pure art rock. Yet, it’s so claustrophobic, it’s hard for me to listen to too often. Still, who couldn’t recognize its genius? 7/10 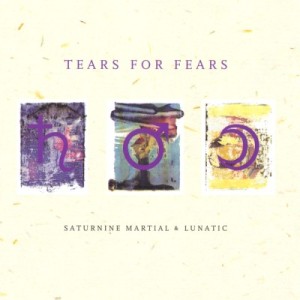 Saturnine Martial and Lunatic. When it comes to b-sides, TFF writes the best. Indeed, the b-sides of TFF not only rival their main album singles, they usually better the very best of other bands. Only Talk Talk, U2, and The Cure rival TFF when it comes to b-sides. Saturnine contains 18 songs from the studio sessions of the first four albums. Even the most experimental, “The Big Chair,” “The Marauders,” and “Empire Building” are interesting. Again, not a failure here. Everything is either brilliant or fascinating (usually both). The weakest song is “New Star,” a pop rocker. But, in context, it’s pretty good. 7/10

Raoul and the King of Spain (1995). There’s much to love about this album. Indeed, the first five songs are some of the best songs I’ve ever heard. They can best be described as earnest. Here we have the complete Roland—he gives his every thing on these five songs. The remainder of the album is good, but it begins to feel overproduced, beginning with track six. And, unfortunately, that album that started so amazingly simply fizzles out. “Falling Down,” track two, might very well be the single best song Roland has written, and this is saying a lot. 5/10

The Seeds of Love (1989). This is, by far, TFF’s least successful album, in my opinion. Successful, that is, measured artistically.   Overall, the album is way too bombastic in tone and over-produced. Every time I listen to it, I feel as though the band is screaming at me. Two songs I do enjoy: “Standing on the Corner of the Third World” and, especially, “The Year of the Knife.” Otherwise, I just don’t get this album or why it was so financially successful. 2/10

10 thoughts on “Ranking Tears for Fears”