Bad Elephant Music announced themselves on the prog scene last year with the amazing Shineback album, brainchild of the one and only Simon Godfrey, and following on the success of that album they released in swift succession Godfreys acoustic Motherland album, and The Fierce and the Deads frankly astonishing Spooky Action, putting them at the forefront of contemporary prog labels.

They have continued their stellar contribution to the prog world this year with a trio of albums covered here that enhance their reputation as one of the most exciting labels releasing contemporary prog (the other being the Esoteric Antenna label) and if you’ve missed any of these albums then you’re missing out. 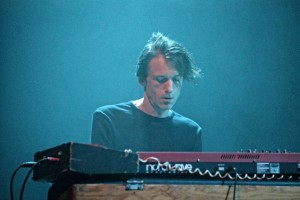 Keyboard player for Knifeworld and multi talented multi instrumentalist, Emmett Elvin releases his quite extraordinary solo album. Joining label mates like The Fierce and the Dead and Trojan Horse, Emmett Elvins unique musical take is firmly at home on Bad Elephant as he joins their talented musical family.

This solo journey is piece de resistance for Elvin, whose work with the frankly superb Knifeworld has laid down the benchmark for contemporary post rock prog.

With a diverse mix of sounds here from the fantastic opener of Artificial Pterodactyls Over Leytonstone which has to be one of the best song titles ever, Elvins knack for a sound and trick with a melody is spot on, as the album develops and as you replay it, you start to hear different sounds and get different things each time. The brilliant Witness Unknown, with its nagging guitar riff, and its echoed vocals evoke memories of early Hawkwind and manages to be both sinister and beguiling at the same time, a trick that very few artists can pull off. Whilst tracks like X Corpus, with its almost pensive tones and the closing majesty of Dustbowl Prizewinner are begging to be used in films. In fact the whole album has a widescreen soundtrack style to it, with music concrete elements and snippets of dialogue in the songs.

Freed from the band vision of Knifeworld, Elvin lets his musical imagination run riot, and the result is an eclectic, innovative and exciting triumph, an album of contrasts and depth, light and shade and some of the fantastic music I have heard this year.

Not many artists can claim to perform on two of the best albums of the year, with the Knifeworld album and now this Emmett is one of them. 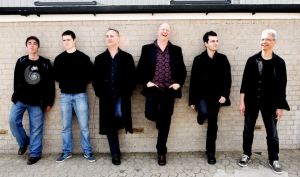 The Gift: Land of Shadows

Another gem from Bad Elephant, The Gift are one of the third wave prog bands that made their name in the early part of the millennium, and return here with Land of Shadows an album of immense beauty and perception.

With the London based band now being made up of founder member Mike Morton co conspirator David Lloyd, new drummer Scott Tipler, keyboards from Samuele Matterucci, Franz Vitulli on bass and Gary Lucas on guitar, this is the follow up to arguably one of the prog albums of the 2000’s Awake and Dreaming.

With its contemplative spoken word intro I sing of changing leading into the 12 minute epic The Willows with its superb lyrics, its wonderful guitar work and its magnificent movements, this is contemporary symphonic prog at its finest. With some fantastic songs that tell stories of modern life mixed with the musical brilliance and intuition that only the best prog performers have, Land of Shadows is truly a masterpiece, songs like Road runs on til Morning and the rocking Too many hands are fantastic, whilst the 19 minutes plus magnificence that is The Comforting Cold (a song cycle that has been worked on since 2010 and encompasses the loss of Mortons Father in Law and Mother and other life changes) it channels so many emotions into one beautifully written and performed piece of music, with its mood changes, its symphonic widescreen sound and its musical interplay and emotionally honesty that picks you up, pulls you along in its awake and leaves you somewhere else emotionally and spiritually (the only other epic piece I can think of comparing it to is the equally superb This Strange Engine by Marillion). The musical performances here are peerless, the lyrics are so well observed and the interplay between keyboards and guitars are amazing, and with the coda of As finishing this album, Land of Shadows is as perfect a prog performance as you will hear all year and is a welcome addition to everyone’s record collection, and shows how damn magnificent those chaps at Bad Elephant are for treating us to music like this.

We have already been treated to The Fierce and the Dead, Emmett Elvin, Simon Godfrey, The Gift and now their unstoppable assault on the world of prog continues with World Turned Upside Down, the second long player release from Manchester’s Trojan Horse, self proclaimed noisy prog rock bastards.

Their powerful and inventive live show carries over here on to this record, where they build on the power of their debut with some fantastic musical turns, the opening Juraspyche park for instances features them sparring with the ever inventive Kavus Torabi from Knifeworld, whilst live favourite Scuttle spreads its wings and impresses here. There is plenty of light and shade within this album, as tracks like the 12-minute epic Hypocrites Hymn simmers with the tension and righteous anger of the downtrodden. It’s no surprise the album title is taken from the 1646 revolutionary pamphlet, and the whole record bristles with anger at the austerity policies forced upon this country by the current Government. Songs like Death and the Mad Queen and the frankly amazing Paper Bells sum this up, both lyrically and musically. Who said protest song wasn’t dead?

Trojan Horse is a musical phenomenon, defying easy categorisation, and writing heartfelt lyrics and intense musical moments, combining to create one of the albums of the year.

For further information check out http://www.badelephant.co.uk