Hey fellow progarchists, hope we’re all well, and I don’t know about you, but I am astounded that it’s nearly June and 2015 is almost half way over, or if you want to look at it another way, we’ve got another 6 months of great albums to look forward to before the inevitable ‘best of’ lists and word wrangling are upon us.

Here’s four very different and very exciting albums that I have been listening to for a while, and have been trying to review in between revision, selling a house and getting divorced! It’s been a busy old year so far! 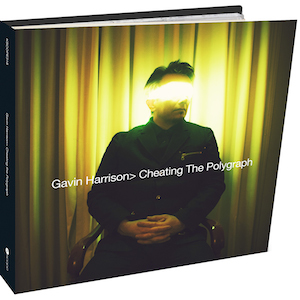 You can spend large portions of time in the same town, the same city, the same village, seeing the same people doing the same thing, day in, day out, and you get into a really comfortable routine, where everything fits together like a jigsaw, and a comforting reliability settles in, pub on a Friday, roast on a Sunday, and the same songs played on a different days.

Then something happens, maybe a job move, maybe a house move, perhaps a divorce, and then you’re routine is changed, altered and the familiar beat alters, the groove is shaken up, the old record gets changed, or remixed if you like, and you suddenly find that once familiar things become different because of context or time, like looking at your favourite painting hanging in a different house, or a new lover in your old bed.

This is precisely the effect that Gavin Harrison’s rather spectacular new album has on your ears. It is an astonishing, intelligent reinterpretation of Porcupine Tree songs, and whilst the song remains the same, the sound really doesn’t.

Instead of the sonic experimentations and haunting undertones that you get from a great Steven Wilson song, this is the pinnacle of the art of reinvention (and one other artists can learns from) because Harrison (who I assume everyone knows – if not, he’s one of the finest drummers in the world today, heir apparent to Bill Brufords jazz prog throne) and collaborator Lawrence Cottle have skilfully and adeptly produced a damn fine jazz album. And man, does it swing!

This covers the whole gamut from Porcupine Tree’s mighty back catalogue, and the skilful swing driven funk adaptation of The Pills I’m Taking (from Fear of Blank Planets Anaesthetize suite) is mighty to hear, and takes the track so far from the original, that you do have to jump back and listen and compare. It’s like the Baz Luhrman Romeo and Juliet film, the original source material is there, you just have to dig a little deeper to find it.

The sinewy bass drives the inspired combination of Lightbulb Suns Hatesong with Deadwings Halo, and it’s like the two were meant to be together, as the sinister undertones and the brass mix together to create a piece that could have fallen off a 1970’s film noir soundtrack, and then the funk kicks in. There is a sinister undercurrent running underneath this whole piece, and it is absolutely wonderful and a sublime reimagination of the work of Harrisons old band.

With a skilful jazz orchestra and of course Harrisons taut powerful drumming underpinning the whole affair, it allows Cottle and Harrison to go out there in reinterpreting and rearranging these classic songs, as trumpet, trombone and sax duel with each other as familiar riffs appear and sneak off into the ether, as the full band kicks in with some mighty power, and of course Harrisons glorious drumming and some amazing bass work.

This is a covers album like no other, and with the way these Porcupine Tree songs have been remained and so expertly dissected and reassembled, it is one of the most progressive releases (and the most enjoyable) you’ll hear so far this year!

This is an album that I have been listening to since around December last year, when creative ands inventive musician Ethan Matthews sent me a copy to review and enjoy, and due to life taking its toll this year, I have just got round to penning this piece about this rather marvellous record, so first of all apologies Ethan, I hope my words will do your music justice.

I knew this was right up my street when the first track kicked, and rather like Rob Reed from Magenta, I get the impression Ethan is inspired by multi-instrumentalists like Mike Oldfield, as with the superb fluid guitar, and the more atmospheric musical soundscapes that he creates there are definite shades of Oldfield in here, and that is no way a criticism at all. For my money Mike Oldfield has created some of the finest records of the late 20th Century, and anyone who follows his footsteps and is influenced to create something original of their own is to be applauded.

This is in effect the conclusion to a trilogy of albums that started with 2009’s The Tide Decides, continued through 2012’s Tomorrow Will Tell the Story finishes here,

Echo Us is in effect multi-instrumentalist virtuoso Ethan and female vocalist Henta, who adds her own magic to the overall sound, and what an excellent sound it is.

Effectively split into two four part progressive symphonies (‘A’ Data, and ‘B’ Data)

The four part split of the two main tracks is again almost Oldfield esque in its execution, and allows the music room to breathe, to evolve and to build and build to it’s wonderful conclusion. From the ambient build of ‘A’ Data I) Exordium (apologue) with plenty of that wonderful guitar to the conclusion of ‘A’ Data iv) residium (Remainder) with it’s chilled out conclusion and plenty of beautiful languid guitar coming across reminiscent of Steve Howe.

In fact the musicianship on this album is superb throughout, as themes appear and reappear and pieces ebb and flow, building to some shatteringly wonderful musical climaxes, as Hentas voice weaves in and out, haunting, otherworldly and ethereal.

In fact with its choral power, its superb ambient soundscapes and guitar work, this reminds me very much of Mike Oldfields Songs of Distant Earth, as it has the same laid back sound and effortlessly elegiac moods throughout.

As shown by his guitar work again on the atmospheric ‘B’ data I) i.codicillus (From Far Away) Ethan is a mighty fine guitarist, and his vocal harmonies when mixed with Hentas vocals create for some really moving musical moments, as the guitar comes to the fore, as the percussion builds and builds and builds.

Layering sound upon sound, and weaving samples and vocals into some fantastic musical tapestry is a real skill and one that Ethan has in abundance as a songwriter and performer.

In fact with it’s musical counterpoints, the way it effortlessly moves through moods and back, and with Ethans dextrous playing, this is a superb release, and whilst it fits into the musical genre that Mike Oldfield is well known for, Echo us is something new and exciting, and if you enjoy the music of Mr Oldfield, it’s a dead cert you will love this.

Having masterminded the recent superb remastering and reissuing of the indefatigueable Welsh blues prog rock legends Mans entire back catalogue it seems entirely appropriate that the groups first new release in five years comes on the Esoteric Antenna label, and accompanied by concerts in the UK and abroad.

Having always had a fluid attitude to things like line ups and genres, this reanimated Man band consists of Man veterans Martin Ace and Phil Ryan, ably accompanied by new blood Josh Ace (Martins son, taking his place in the family business) James Beck and Rene Robrahn rounding out the 21st century Man line up.

Adding some steel guitar to the proceedings is special guest, the legend that is BJ Cole.

Well rest assured Man fans; it is firmly in the spirit of the group that made legendary albums like Back into the Future or Be Good To Yourself at least Once a Day and the Twang Dynasty.

With the younger blood in the band, in the form of Josh Ace, who contributes some fine songs on here including the brilliant No Solution and the great contemporary God Delusion, it adds some bite to the sound, which is classic Man.

The opening blues rock Ballad of Billy Lee, provided by Martin Ace, is a Western on Record, with some great cinematic lyrics and BJ Coles pedal steel guitar adds a wonderful touch, whilst Martin Aces vocals add the gruff touch needed to this story of a world weary gunfighter.

Martin also contributes the wonderfully bluesy One More Ride on the Waltzers, with its great blues sound, and its it wistfully beautiful lyrics features some sublime keyboard work from Phil Ryan and great harmony vocals.

Phil Ryan contributes the ten minute epic In Time, which draws on all elements of Mans mighty heritage, with some amazing duelling guitar work, fantastic keyboard work and great vocals, whilst managing to sound contemporary and fresh. You wouldn’t think this was the work of a band with over 46 years history.

Reanimated Memories is as strong a work of music as Man have committed to record, and not only does it stand up strong compared to their legacy, it also continues to build on that legacy.

Pioneering Canadian proggers responsible for such legendary albums as Black Noise, Direct to Disc and City of Fear, all of which took something from the school of space rock and fronted by Cameron Hawkins, whose distinctive vocals add so much to the FM sound, added so much more to the genre.

Now the groundbreaking group are a quartet, fronted by founder and driving force Cameron Hawkins, rounded out by Paul DeLong whose impressive drum works pushes this album on, and staying true to the traditional FM sound there is now not one, but two violinists Aaron Solomon (who adds vocals) and Edward Bernard (who also adds viola, mandolin and vocals to the mix) this really fleshes out the superb sound FM make, and with three vocalists the harmonies on here are reminiscent of the tremendous Trevor Rabin Yes era. Adding a contemporary sound, whilst remaining uniquely FM.

The violin is, in my opinion very underused in prog rock, and with twin violinists duelling (particularly on the amazing Children of Eve) through the different stereo channels, it gives so much more to a record, and with those amazing harmony vocals it really does send shivers down your spine.

The harmonies again are to the fore on the amazingly beautiful Safe and Sound, which would be echoing round the country if there were any radio stations left willing to broadcast FM in FM to the nation, as Hawkins vocals and lyrics blend seamlessly with the music, as the synths, the violins, the harmonies come together to create 6:18 minutes of perfection, building perfectly on the FM sound of old and then picking it up, running with it and taking it somewhere different and new.

In fact the violin is the dominant force throughout the album, weaving and soloing where the guitar would normally be, and as such adds real power and energy to the tracks.

Songs like the brilliant Soldiers of Love with its extended violin duet/fight coda, the opening boot in the stereo that is Brave New Worlds and the closing joyous lyrics in Heaven On Earth (which in tone, if not style is reminiscent of mid 90’s Yes) prove that as a musical force Cameron Hawkins and FM have plenty more to give. This is a triumphant musical return from one of Canada’s most eclectic and exciting musical groups, a stunning record in every way.