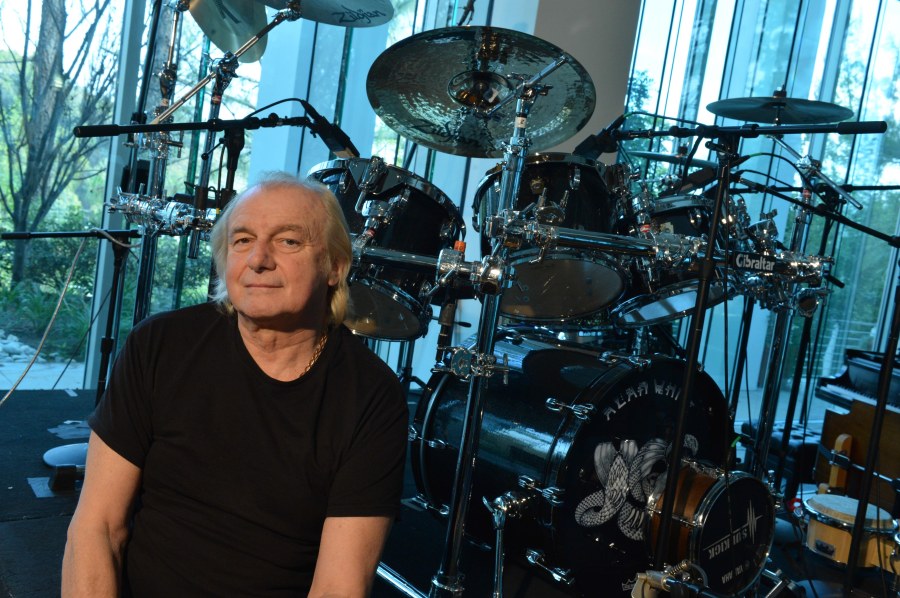 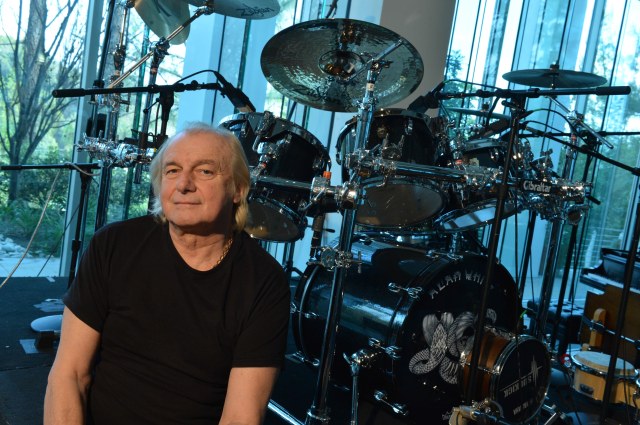 Prog Rock’s quintessential super group, Yes, will be heading out on an American tour again this summer/fall, including the third annual Cruise to the Edge in mid-November.  The most notable change in the line-up, of course, will be the absence of Chris Squire on bass—the first time ever for a Yes tour.

PROGARCHY’s Kevin McCormick recently spoke for with Yes drummer extraordinaire, Alan White, as he prepared for rehearsals for the upcoming tour.

PROGARCHY Thank you so much for taking time to talk with us.  I think I speak for all of the members of Progarchy.com in offering our condolences after the recent and sudden death of your colleague and friend, Chris Squire.  Obviously he was such an essential part of Yes, founding member and the only person to appear on every Yes album.  Are there plans to honor his memory in some way on the upcoming tour?

Alan White  Well, we’re going to start rehearsals on Monday and we’re going to put our heads together.  We’ve got numerous ideas and we’ve got to work out something to honor Chris.  Just how we’re going to do it, we haven’t really decided. 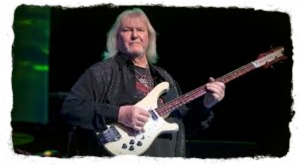 PROGARCHY On your website, you wrote a touching note in his memory.  As a musician, I know how unique the musical relationship between the drummer and bassist is and how crucial it is to forming a solid foundation for the band’s sound.  Can you put your finger on what made your collaboration with Chris work so beautifully seamlessly?

AW Well yeah, it’s a question of similarity with each other.  And over the years it became a more brotherly kind of relationship.  Chris was almost part of my family.    We shared a lot of experiences together and we played together for 43 years.  So when you play together with someone for that long you get to know all of the facets of their playing and visa versa, him with myself.  So it made it easy for us to work out some kind of flow in the rhythm section in what Yes was creating.  And it was a special relationship.  It probably never will be the same.  All the same, he did ask that we keep this going, and that I keep it going.  He said just do whatever you can do.  And that’s a good insight, to just keep things very much forward.

PROGARCHY I imagine it must have been difficult to choose to continue with the planned tour.  Was there a deciding factor for you?

AW That was what Chris wanted. He didn’t want everything to come to a halt just because he was ill.  And while he was ill he had a very positive outlook to the future.  He said, “Well, I’ll go into hospital for four to six weeks, I’ll get rid of this and I’ll be back on tour next spring.” 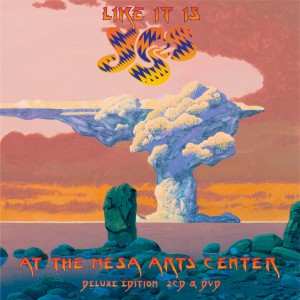 PROGARCHY Well, the fans will certainly miss him and I know the band will too.  Any hints on the set list for the upcoming shows or will that be decided at the rehearsals?

AW Well we’ve put a set list together, but we’ve not rehearsed. We’ve got a few things to try out and see if they’ll work out or not.  That will determine how we approach the set list.  It’s not confirmed yet, but we have a good idea the type of set we want to do, because we’re touring with Toto who are probably going to do a lot of their [popular tracks].  We’re not going to play whole albums like we’ve done in the past few years.  We’re just going to do a great selection of Yes music that people love to hear in concert.

PROGARCHY At first glance, Yes and Toto doesn’t seem like the most obvious double-bill.  How did it come about?

AW Well it sounded pretty good to me.  Maybe … because we know the guys in the band so well.  Steve Porcaro and all the them, I’ve known those guys for years.  They’re all super-nice guys and we get along really well.

AW I doubt it.  You know, once you get on the road you have a set list to get into and a time line you keep to.  There’s not really time to work that kind of thing out.  But I’ve played with Steve Porcaro and Billy Sherwood [on the Pink Floyd tribute album, Back Against the Wall].

PROGARCHY So is it Yes with Toto or…?

AW It’s going to be Yes and Toto.  They’ll be opening for us every night, but it’s really more of a kind of double-billing.

PROGARCHY It’s amazing to me how much energy you bring to your live performances.  When I saw Yes perform in Austin in 2013, I was impressed with the power in your playing.  For you in particular, it must be extremely physically demanding.

AW [laughing] Well it all depends on what part of the tour you go to when we’re on the road!  You know, none of us are spring chickens anymore, obviously.  And traveling is really what gets you.  If we didn’t have to travel on a daily basis we’d be in relatively good shape every evening.  But sometimes you’re just really tired when you get to the evening and the last thing you want to do is share music.  But it’s really funny how the body turns around and rises to the occasion.  I guess when you walk out on stage and see all of the people out there, the body just shrugs all that off and gets to it.

PROGARCHY Has your relationship with Yes’ music changed over time?  Are there any songs that you enjoy more now than when they were recorded?

AW Not really.  All of Yes’ music is pretty challenging to play.  Each song has got its own demands on what to play, and how to play, and the way to play it.  So you have to readjust yourself to all of that framework….I have played some of them quite a few thousand times.  So it’s about getting back into the mold and making it work.

PROGARCHY Are you surprised at all to still be playing with Yes after so many years?

PROGARCHY You had commented a while back about the current line-up of Yes is one of the best there’s been and Jon Davison’s working out well.  Are you still feeling that?

AW Jon Davison is an excellent vocalist and all-around musician.  He’s a super nice guy and very easy work to with.

PROGARCHY It’s amazing to me that Yes is still touring after 40 years.  Is there an element to progressive rock that allows it to reach across decades and generations?

AW I guess the main thing is that everybody strives to make Yes a well-respected, high-standard-of-musicianship kind of band.  When we perform, everybody gives 110 percent. If one part of the band isn’t clicking on all eight cylinders or whatever, you can tell, because it affects everybody else and their whole performance.

When we’re all firing on all cylinders, there’s no other band like it.

PROGARCHY Indeed!  Thank you so much for all of the great music over the years and good luck on the upcoming tour. 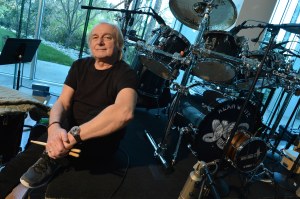