Hampton, New Hampshire native, Robert McClung have been releasing studio albums under the name Telergy since 2011, and in the period of four years he put out three full-length records. His newest offering titled “Hypatia,” tells the story of ancient Greek astronomer, philosopher and mathematician. McClung has once again gathered a team of extraordinary musicians who contributed to the new album.
Robert was kind to give answers to our questions.
What can you tell me about the new Telergy album coming into life? What are your memories from the writing and recording sessions?
There were lots of fun moments. When flutist Mattan Klein came through the area on tour I only had a few hours on one day to grab him to record, but he was far away from my studio. I made a few frantic phone calls and found a synagogue near his gig that would let me use their place for a few hours. So I threw a laptop and some mics in a bag and away we went!
When Durga McBroom from Pink Floyd was in a studio in L.A. recording her parts she had to call me to clarify the pronunciation of some words in the script. I was going to a movie with a some friends at the time and they couldn’t believe who I was talking to on the phone, haha!!
I think my favorite moment during the recording was the cello duet “Martyr”. We recorded it live in a 100 year old cathedral at midnight. The acoustics were amazing and to watch such incredible musicians (Kristen Miller and Adam Nunes) performing something I wrote live was magic for me.

What inspired you in the first place to tell the story of the philosopher and mathematician Hypatia?
She is very much overlooked in history and doesn’t get the attention she rightly deserves. The people behind her murder went to great lengths to try and erase her from the historical record. I thought doing an album about her was a good way to bring her story to a wider audience.
“Hypatia” as well as the previous Telergy album features guest contributions from some of the most influential people on progressive rock and metal scene. It must be flattering knowing that these musicians are a huge part of the Telergy story?
It is a tremendous honor to work with the musicians I work with. The fact that they even know who I am and want to be part of what I do is incredibly humbling. None of them have “rock star” attitudes. They are all really down to earth people who are super supportive of the unique thing that I do. I am blessed.
For the purpose of releasing the album, you launched a crowdfunding Indiegogo campaign. Are you satisfied with how it turned out?
Absolutely!! I did crowd funding for the last album too. In both cases I more than surpassed my funding goal. All the profits from Telergy albums go to charity, so it’s a good thing for me and the people that benefit from the album’s sales.
A part of raised funds in the crowdfunding campaign was given as a charity to the Cross Roads House. What is your connection with them?
I have volunteered for them for many years. Every year I play Santa for their annual Christmas party and buy gifts for all the children at the shelter. I know what it’s like to be homeless, and I’m glad I can help people going through such a tough experience. 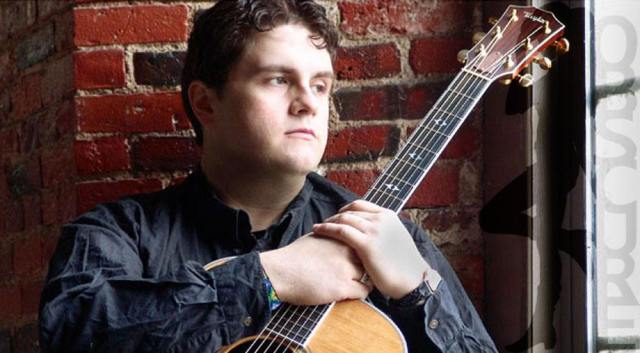 What do you think is important for a successful crowdfunding campaign? Also, do you think that crowdfunding is a good tool to strengthen the connection between an artist and audience?
I think my crowd funding success is largely attributed to the notoriety of the artists involved with Telergy. Some have large fan bases that directs allot of traffic to the site. I also made the best use of social media and friends to promote and spread the word. I do think it helps create a bond with the artist. The fans get to be directly involved with the band’s success.
Which of the three released albums was most challenging to compose and perform?
Definitely Hypatia! The scores were very in depth. Some of the orchestral players had to be in the studio for several days each to layer all the parts. As for myself, I played more solos on the first album “The Exodus”, so I got to do more challenging stuff there. But with the last two albums most of the solos went to more well known people. I’m more than happy to step back and let others shine. As the composer, producer and engineer, I have plenty on my plate to deal with already.
With whom of guest contributors was funniest to work over the past three records?
Hard to say. There have been plenty of silly moments in the studio over the years. Horn player Jennifer Larson always has me laughing in between takes. She’s got a great sense of humor. Which really helps make long and tedious recording sessions allot more enjoyable.
Perhaps one of the most interesting facts about Telergy’s music is absence of singers. Have you ever thought about adding them? Wouldn’t it in any way make your work easier when attempting to tell a certain story?
The entire objective going into Telergy was to tell stories using music, just the notes themselves. Which is where the name Telergy actually comes from (Definition: the hypothetical action of one person’s thought and desire upon the brain of another person by the transmission of some unknown form of energy. i.e, to communicate without words).
This concept used to be common in music. Good examples would be Mussorgsky’s “Pictures at an Exhibition”, Gershwin’s “An American in Paris” and Prokofiev’s “Peter and the Wolf”. Somewhere along the line this form of great art died out and gave way to more lyrical oriented things with Broadway and the like. I guess what I’m trying to do with Telergy is bring this great art form back to life. No offense to great lyrics, but working instrumentally is what gives me the most joy these days. But who knows, maybe some day I’ll get the urge?
How do you see progressive music in 2015?
There are a plethora of great bands and artists out there doing amazing things. Spock’s Beard, Nightwish, Kamelot, Within Temptation, Haken. Even some of the classic acts like Kansas, Yes and King’s X are still touring and making significant contributions to the genre.
The internet has allowed for much wider distribution and connection to the fan base than ever before. An artist like me, with no label support or promotion, would have had a pretty rough time twenty years ago. But now it’s much different. Which is all very good.
I guess the drawback is that rampant piracy and streaming services that pay pennies a play to artist mean there really is no money to be made in the business anymore. Which is sad, because it means artists need to do other things than just music to earn a living most of the time and can’t be devoted full time to their art. Which is bad. But if you got into music to make money in the first place, you’re in it for all the wrong reasons.
Are there any plans in the future to bring Telergy on stage and present music from the albums as a spectacle in the way of Ayreon and similar artists?
I would love to do so, but the cost involved would be pretty astronomical. It would involve dozens of top notch musicians, weeks of rehearsals, a very large hall and tons of production. None of which is anything I could ever afford to do on my own. For it to become a reality a financial backer would have to get involved and pump some serious cash into the endevour. So the basic answer is, highly unlikely.
But for now I am quite content just working on writing and recording great music. Who knows what the future may hold?
Buy Telergy’s “Hypatia” from iTunes, and follow the project on Facebook.

One thought on “An Interview with Robert McClung of TELERGY”