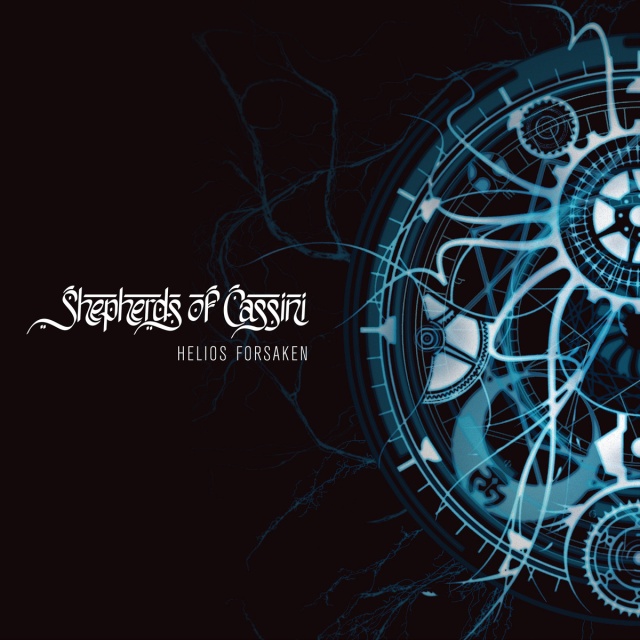 From the green dreamlands we call New Zealand come a quartet called Shepherds of Cassini, and with them an exceptional experimentation in “Helios Forsaken,” their second studio release.

It took me good two weeks of non-stop listening to “Helios Forsaken” to come up with a scribbling about it, and I can say that even though I am not a noob anymore when it comes to the record, there is definitely much more to reveal under the hood. I am really thankful to a PR wire for hooking me up with this record and the band, because after many hours spent with listening to “Helios Forsaken” I can call myself a huge fan of the band from Auckland.

Although the album is not easy to capture in a first listening session (or a few), it without doubt gives you hints of its beauty. “Helios Forsaken” is a hook that will catch even the most stubborn fish.

The album itself is a deep ethereal masterpiece, with vocals, courtesy of Brendan Zwaan (who also plays guitar and does it very well), that hit a range of notes with precision and grace (listen to his stunning vocal performance on vocals-only “Mirrors Have No Memory”). Another crucial point for the sound of Shepherds is a violin of Felix Lun, who stays away from neo-classicism but doesn’t hesitate to bring the mid-Eastern-to-Indian influences. This is a sound to itself, and drawing parallels with any other contemporary band is a double-edged sword. Heavy hits from Omar Al-Hashimi are one of the biggest selling points of the record, and while the technical aspects of what he brings to the album are complex, the focus is given to the clarity and timing that just jive so well here. On the other side, bassist Vitesh Bava complements well with Al-Hashimi, but there are parts where he separates from the gang and stands well on his own.

“Helios Forsaken” is one of the albums that preys from the sidelines, and as that it can be a surprise for many and one of the most fantastic discoveries of the year.

Get the album from Bandcamp; it’s available both as digital download and wonderful digipack.