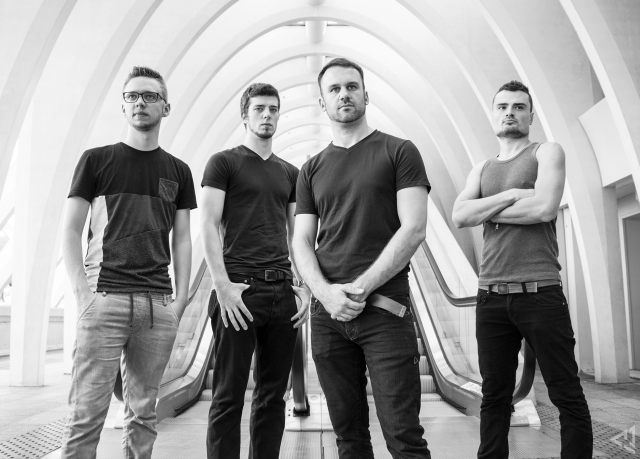 Atmospheres from Belgium will remember 2015 mostly for the release of their sophomore album “The Departure,” and quite a few live performances. Guitarist Stef Exelmans talks for Progarchy about this new material.

Hey guys. How are you doing?

Very good. Released our new album about a moth ago and we are getting extremely good reactions so far!

You released “The Departure” back in November. How do you feel about the release?

We were very excited to see how people would react to this album, because we tried a bit of a new approach this time. It’s always a bit of a challenge to release a 2nd album, because now you have the first one to compare it to. In the end we did exactly what we wanted to do with this album, so we are happy with the way it turend out! Luckily a lot of other people feel the same way and that’s a mission accomplished for us.

How much of a challenge was it to work on the album?

Since the first album, we wanted to reach a new level with the band and the music. There certainly was some experimenting with new sounds and ideas. What was clear from the beginning, is that THE DEPARTURE was going to be more post-rock influenced. 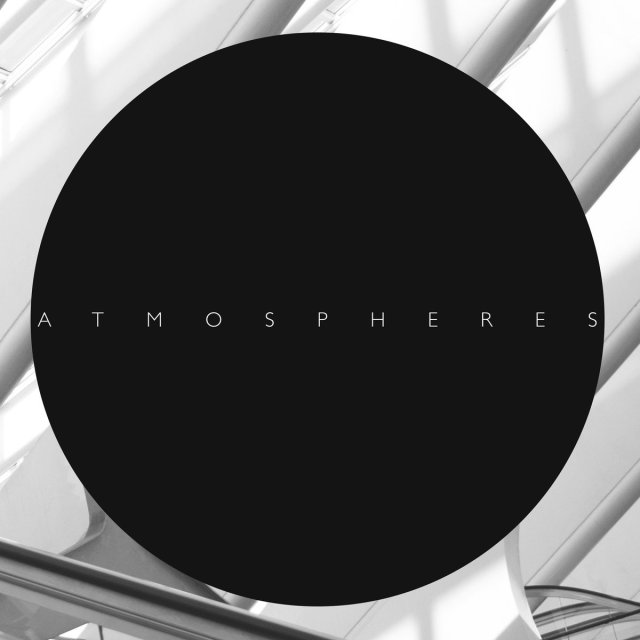 How is the progressive metal/djent scene in Belgium these days?

There is not really a scene to start with in Belgium. First of all, we are a very small country and it’s more focussed on pop/commercial music. We do have some nice metal festivals, but those are also more oriented to the mainstream metal. What is funny, is that ATMOSPHERES has more followers in the US and France for example than in our own country… Anyway, we try our best to please everybody with our music and we love doing it! It’s all about the music and having fun, no?

What is your opinion about the new wave of metal bands?

Awesome! It’s good to see that every generation brings their own ideas and influences into metal. Some good, some bad, but in the end it will all serve it’s purpose to great music. That way it will always evolve and we don’t get stuck listening to Metallica or AC/DC.

Can you tell me something about your influences?

Nobody in the band actually listens to a lot of metal. We are into a lot of genres that stretch from rock to electronic music, to movie soundtracks, to jazz, to pop,… Anything can be an inspiration, as long as it feels good. 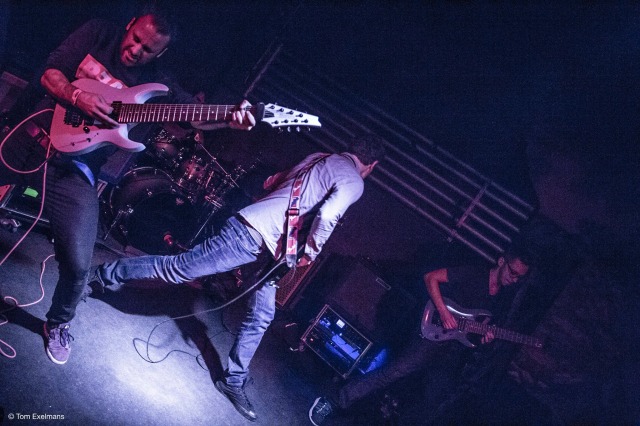 What are you listening to these days?

I can only speak for myself of course, but I really dig that new Tesseract album. Also, I love Koan Sound, Gustavo Santaolalla, Helios,… Too many to choose from!

Your five favourite records of all time?

Can you tell me a little bit more about the gear you used to record “The Departure”?

The drums were done on a Gretsch kit and Meinl cymbals. All natural sounds. Bass was done on a Fender JB 5string through a Tech21 VT Bass, straight into the computer. The guitar used was an Ibanez RGA8 with Bare Knuckle pickups. All guitar sounds come from a Line6 POD HD Pro, in combination with a Strymon BigSky Reverb unit. Vocals are a combination between a Shure green bullet and an AKG C414 BXLS, switching back an forth between the two for the effect. All mixing and mastering was done in ProTools.

Besides the release of the album, are there any other plans for the future?

Of course! We are not thinking about quitting… We always have some ideas lying around to work on, so new music is already being made! Also, we like to play a bit more live shows. Working on that 🙂

Any words for the potential new fans?

Try to give it a few listens if you never heard of us. You will end up in a major trip and there are cookies at the end! We promise.