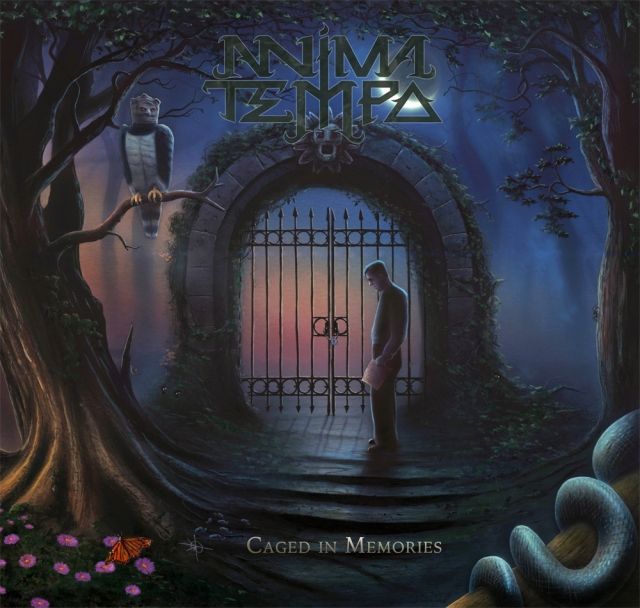 My obsessive hunger for more music has brought me again to Mexico, this time to a band called Anima Tempo, whose new album, which will be discussed here, I received in the latest Prog Sphere Promotions package.

Anima Tempo, was born in 2009, after long-time friends Dante Granados (guitars, synths), Gian Granados (vocals, guitars), and Pedro Vera (bass) decided to form a band where they will pour out all their creativity. After two demo records, in January 2016 Anima Tempo released their full-length debut titled “Caged In Memories.” Consisting of seven songs, the album represents the group’s take on the progressive metal genre, completed with elements from death metal, symphonic music and djent.

Musically, “Caged In Memories” is rooted in 90’s prog metal, with heavy riffing, intense drumming and vocals that range from cleans to growls and all the way back. Besides the aforementioned prog metal structure, the band does not fear to explore further, embracing term ‘eclectic.’ As it’s notable that the majority of progressive metal bands were or are influenced by Dream Theater, Anima Tempo’s closest description, by my ears, would be blending aforementioned prog metal veterans with Opeth, Between The Buried And Me, Kamelot and Hans Zimmer-inspired soundtracks. The raw energy splutters from every single tone and seeminlgy, the band does not care too much to tame it, but rather let it grease the speakers.

Anima Tempo succeeded to avoid a prejudical approach the majority of bands of the similar genre orientation have implied in their music. You might find this album “hard” for your ears, but to break that image, I may conclude that during the album’s running time you don’t feel any kind of pressure from that side. This album floats easily on its way. The Mexican and international scenes are certainly stronger by having another band under its wings.

Buy “Caged In Memories” by Anima Tempo on Bandcamp.