What are the ingredients of a truly great album?

Well there’s the songwriting, of course: that’s a given. Likewise the performances of the players. But what else?

The overall sound that a band produces is important, for sure – the choice of instruments and how they’ve been employed in service of the songs, and how well the different qualities of those instruments have been balanced. And let’s not overlook other aspects of the production: the overdubs, the mixing, the mastering and so forth. (I’m sure we can all think of good albums that have suffered from a lack of attention to the latter.)

I think there’s one other underrated ingredient, however. For want of a better word, I call it flow: the way in which the different tracks on the album fit together and contribute to the experience of listening to an album as a whole. Note that I’m not talking particularly of concept albums here (although flow is a highly desirable quality of these). An album can flow well even if there is no story or common themes to link its songs together.

I’m not sure if I’m explaining myself too well. I guess flow is a difficult concept to define. But you know it when you hear it. It’s that sense of being so transported by an album that it feels like a single coherent piece, despite the distinctiveness and independence of the individual tracks. The different sounds and moods just seem to dovetail perfectly. 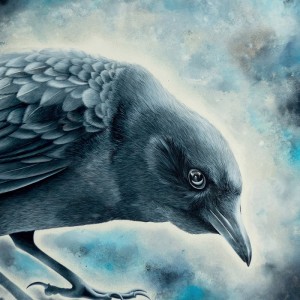 Which brings us, at last, to Folklore, the new album from Big Big Train.

Over the years, Big Big Train have developed a beautifully organic sound in which brass and strings feature strongly, blending harmoniously with the other instruments more typical of a rock band. The wonderful balance that has been achieved between these different elements has contributed greatly to the success of recent releases, as have the impeccable production values of those releases. Flow is a much more elusive quality to nail down, however. English Electric Part 1 had it, but Part 2 didn’t, as far as these ears are concerned. Don’t get me wrong here – I regard Part 2 as a very good album, with its fair share of spine-tingling moments. But it didn’t really gel as a coherent piece of work for me. Some of it didn’t make ‘aural sense’ until the two albums were merged and tracks reordered for English Electric: Full Power.

This idea of flow is precisely why I’m so excited by Folklore. On first listen, I was immediately struck by how coherent it felt, by how neatly the nine songs fit together – a feeling I simply didn’t get from EE Part 2. Five more listens (the fifth happening as I type this) have only strengthened that conviction. In fact, I’m beginning to think it may flow even better than the splendid EE Part 1.

There is magic aplenty here. You’ll find it in the folk-tinged pop of the title track & Wassail, the mournfulness of London Plane and the elegant beauty of The Transit Of Venus Across The Sun. You’ll find it in the driving dramatic power of Winkie and the epic storytelling of Brooklands, even in the uplifting warmth of Telling The Bees. It all fits, like some beautiful jigsaw. It fits, it flows, and it’s magnificent.

3 thoughts on “Flow & Balance: The Exquisite Beauty of Folklore”