Here are my favorite prog rock albums of 2016.  Some albums are not on the list simply because I did not get a chance to hear them.  Some made my “honorable mention” list but were just a hare’s breath away from cracking the “Top Ten.”  Musical appreciation is both subjective and ephemeral at times.

HONORABLE MENTION (i.e. good enough that you should listen to these works and purchase them as well):  In no particular order:

Neal Morse Band: The Similitude of a Dream (every Morse endeavor could be on a Top-Ten list)

The Man from Ravcon: The Puzzle Master

Dream Theater: The Astonishing (for the single-minded audacity of releasing a Nibelungen-length endurance contest in the face of certain critical rejection, and, great moments of music as well)

9.  BIG BIG TRAIN: Folklore (Another penultimate “British pastoral-prog” gem from a band that can do no wrong. The problem [which isn’t really a problem] is that it has to be “penultimate” compared to the greatest-of-great albums in their discography “English Electric Full Power.” While every track is “bottled faire” my favorite is ‘The Transit of Venus Across the Sun.’ 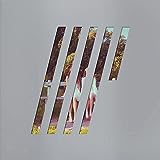 8. STEVEN WILSON: 4 1/2 (Yes, it’s an EP and had I moved it to a special EP-only category it would have been #1 and I then would have had room for another worthy addition on this list…BUT…this collection of songs is just so darn good, and I listened to this disc so many times in 2016, that it earns a spot with these other longer works.  The songs ‘Happiness III’ and ‘Don’t Hate Me’ are my favorites. Achingly beautiful! 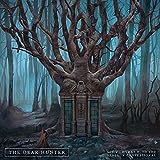 7. THE DEAR HUNTER: Act V Hymns With the Devil In Confessional (Incredible that only last year in 2015 the auteur genius behind The Dear Hunter, Casey Crescenzo scored a huge success in prog-land with “Act IV Rebirth in Reprise.” In fact Act IV came in at #4 in my Top Ten of 2015 [one ahead of Steven Wilson’s ‘Hand, Cannot, Erase’]  Again, we find a perfect melding of dream-pop & power-prog stirred up in a stew of vaudevillian show-tune melodies, Queen/Muse-like anthemic oratorios, with a dash of steam-punk attitude. Probably the most fun of any album on this list. I’m not sure I can even pick a favorite song…they’re all that good.  Maybe my favorite is track 4 ‘Mr. Usher [on his way to town]’ because it takes a ‘swinging’ rat-pack, retro-cocktail hour jazz number [which could have been sung by Seth McFarland or Harry Connick Jr.] and progifies it so much you can’t wipe the grin off your face.

6. TILES: Pretending 2 Run (This four man band from Detroit has turned in one of the most fully-realized and ambitious concept albums of the year. Produced with crispness and audio fidelity by Terry Brown [he, of Rush fame] and assisted on several tracks by Moog-Maestro Adam Holzman and Drum-guru Mike Portnoy, this neo-proggish double record bathes the listener in swirly Vangelis like loops and synth creations that enhance the catchy melodies and sing-along choruses. For most of the year this album was riding at #1 on my prospective list–it’s just that good. I love the artwork in the digi-pack as well as the choral additions by The Renaissance Group & Con Spiritu. Ian Anderson even adds a tasty flute accompaniment on track 1 of disc 2.  My favorite song, and maybe my favorite prog song of the year, is ‘Fait Accompli’  My 2016 would have been less rich by far had I not purchased this moving and heroic work of art!

5. GLASS HAMMER: Valkyrie (As EVERYONE here/there/and everywhere seems to have trumpeted–THIS IS GLASS HAMMER’S MAGNUM OPUS.  And they’re correct. This is a tour de force and easily my favorite GH work. Every song is 10/10 and some are 11/10…my favorite track might well be ‘Rapturo’ wherein during the 6:12 of its run time one approaches a sonic empyrean bliss.  Susie sings like a seraph, Babb’s base has never sounded better, and the band delivers a classic for the ages. 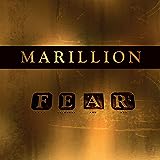 4. MARILLION: F.E.A.R. (This is at times a difficult album to listen to because the subject matter and gravitas of “H’s” vocals are very intense and weighted with anger, frustration, and sorrow. This is Marillion’s finest album in years and just barely edges out Glass Hammer for the #4 spot. Interestingly, not all the songs are perfect [like on “Valkyrie”] and the album is uneven.  But there’s enough Rothery beauty and Mark Kelly sub-strata that the whole is greater than the sum of the parts.  And then part IV of ‘The New Kings Suite’ comes along and I have to pick myself up from off the floor. Indeed, part IV ‘Why is Nothing Ever True’ is better then best and I give it 13/10…easily the best song on the album.  These guys have been together, enriching our lives, for so long…it’s just a warm and happy feeling that they can still make music this darn good. 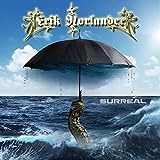 3. ERIK NORLANDER: Surreal (other than Steven Wilson’s 4 1/2, this is the album I listened to the most during the past year. I am a sucker for melody and love instrumental pieces more than most songs with vocals.  Between Norlander’s keyboard wizardry and Alastair Greene’s crazy axe-riffing, I was head-bobbing (but in a ‘Prog way’) the entire 57 minutes. If you like your instro-prog and are a fan of Wakeman-like keyboard legerdemain, buy this album.  This is better than California sunshine, air, and orange juice for a massive vitamin D “hit.”   Smiling all the way. 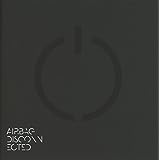 2. AIRBAG: Disconnected (This is a very intelligent, nuanced, and elegant collection of songs that is the perfect antidote to “bombastic” and overwrought prog and prog stereotypes. If you are a fan [and you should be] of Steven Wilson, Porcupine Tree, or Riverside, you will love this album. At times melancholic but always reflective and centering. Scents of Floyd, Vangelis, Tangerine Dream and Piotr Grudzinski waft about leaving the listener in an aural dream with the perfect soundtrack/score of simple pleasures. 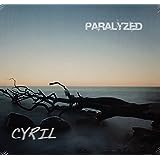 1. CYRIL: Paralyzed (Lush, full throated melodies and harmonies, hooks galore, tight musicianship, this 6-man German band has given the entire prog community an almost perfect melding of progressive playing [tinged with both classical and jazz motifs, as well as fusion-esque runs] with pop sensibilities–the gorgeous melodies and toe-tapping rhythms make this the one album that you will simply replay over and over during the course of a day. Uplifting and feel-good music for the soul and spirit. Every track is perfect but my favorites are ‘Rainbow’ with a really neat Spanish-tinged/Flamenco classical guitar intro, as well as the 18-minute Prog Epic ‘Secret Place Part One.’  If you can only buy one more album, make it “Paralyzed” by CYRIL.  At the last few notes fade away on track 7 you will feel as if you’ve been transported into Reepicheep’s little canoe and you’re about to enter Aslan’s country.