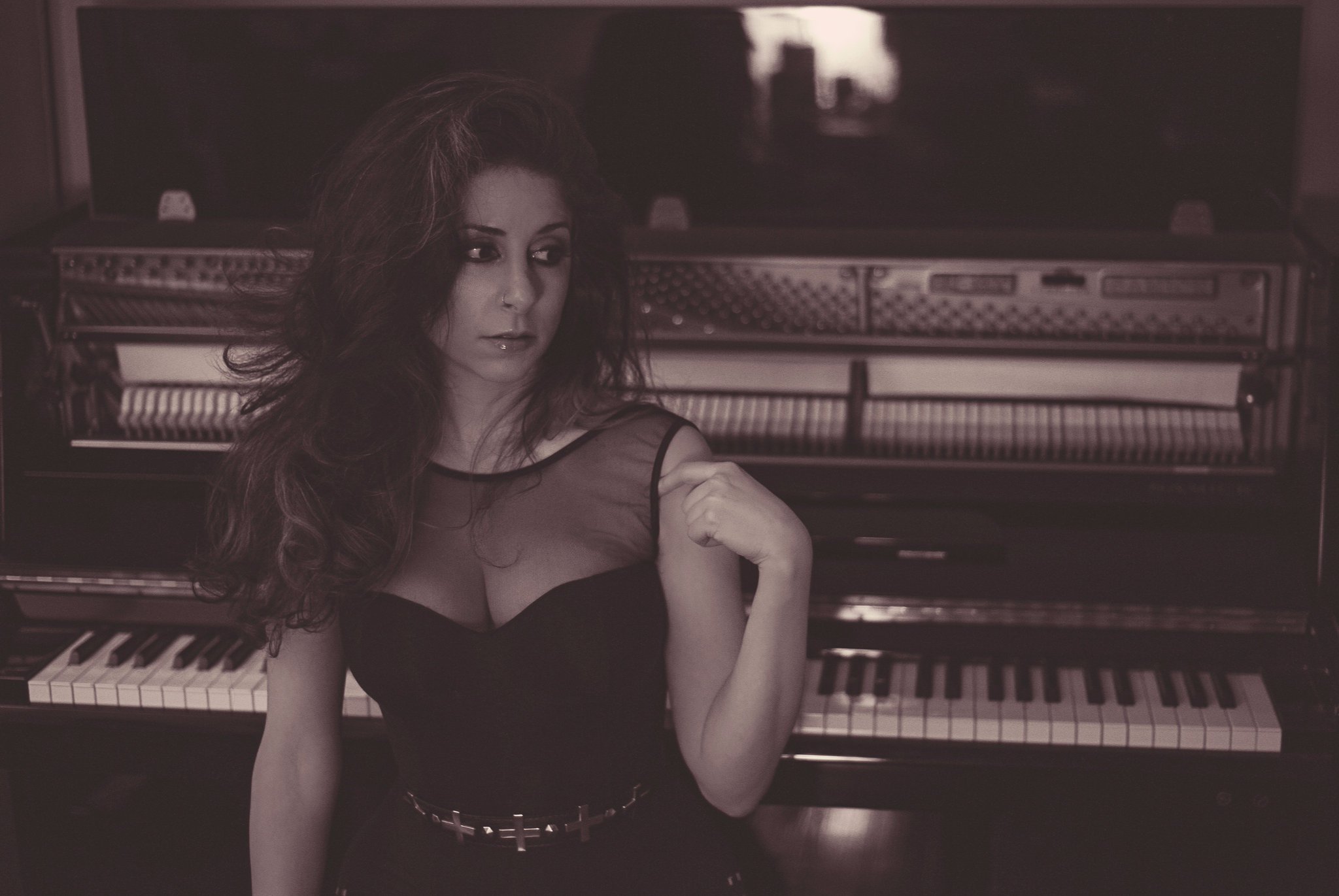 In my review of Schooltree‘s masterpiece Heterotopia, I noted that the album moves in three phases: first, an incredible Act I that (like the whole album) never flags in excellence; then, the beginning of Act II which has four outstandingly classic songs that are all the more astonishing simply for being buried in the middle of this amazing prog opera and yet take it to a whole other level of musical accomplishment; finally, there is the remainder of Act II which (more than any other of the tracks on the album) offers a theatrical dramatization that is absolutely spellbinding in the manner of the best Broadway musicals.

As promised, here is the concluding synopsis of the album’s storyline as it concludes in the latter half of Act II:

Suzi passes before a mirror in which her zombie body confronts and warns her not to go near the river, from which no one ever comes out alive. Go there and you’ll destroy us both, she says. (You & I)

Suzi is derailed by this exchange and begins to lose herself and forget where she is going. It feels like she’s been on this road forever – or maybe just one really long day. Under a lamppost she sees a flash of light – it’s the centipede cat, which she now barely recognizes, as if from another life, and follows once again. It leads her to the river. (Into Tomorrow)

At the edge of the river its siren song calls to her, offering solace, peace at last; all she needs to do is leap into it. Suzi knows she must jump in with her resolve intact or be swallowed by the abyss. She falls in and sinks. At the bottom of the river, she begins to dissolve, but at the last moment remembers what that she has learned in Otherspace and uses it to move through the meaninglessness “like a ghost through a wall.” (The River, Bottom of the River)

Beyond the “wall,” Suzi finds and awakens Enantiodromia, and asks her to take her fair hand and make her whole again. But awakened Enantiodromia is changed from her former self; looking around at the darkness arisen during her slumber, she is the black-handed reaper now, bringing balance to the land once more, now by using her black hand to annihilate that which does not belong in this world, and attempts to begin with Suzi. Suzi pleads with her to stop, explaining she is only half of what she’s supposed to be, telling Enantiodromia of her quest though endless night outside of time to wake her. “I am not a shadow, just a girl; an exiled soul in the wrong world.” Enantiodromia tells her that she’s been in this world too long and is no longer just a girl; she cannot return her home. But as repayment for awakening Enantiodromia, she allows Suzi the chance to go back to take control of her zombie body, and return as one to her, at which point she’ll take them both together to the next place. (Enantiodromia Awakens)

Suzi returns to the mirror and faces her self, finally understanding the power of the ghost, making a connection between worlds and operating her zombie body like a puppet, using her will to control it. They merge, not quite whole but moving together, and slowly march toward Enantiodromia the Reaper. As Suzi gets ever closer, she becomes sick with disease as her body fails. But she marches forward nonetheless, facing the end, she is ready to become whole, if only to die in doing so. Enantiodromia takes her hand. Suzi’s body is destroyed and she dies in a triumphant blaze of glory. (Zombie Connection, Keep Your Head, Day of the Rogue)

Having achieved mastery in both worlds, Suzi is able to use her mind to grow her body from her head like a seed in the air downward to the ground. NeoSuzi glimpses what utopia could be for the first time, as something that can never be possessed, but experienced. (Utopia)