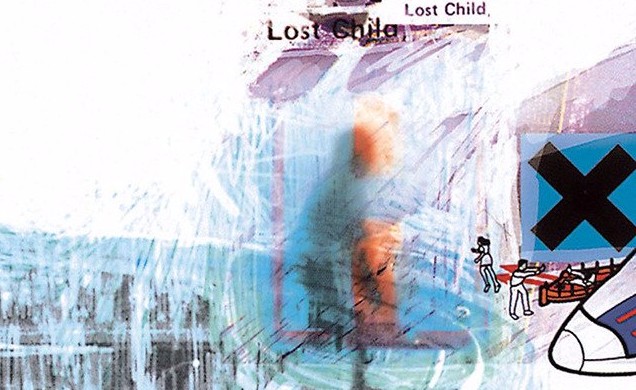 The figure “singing from the window in the Mission of the Sacred Heart” in ELO’s “Mission (A World Record)”, last week’s soundstreamsunday entry, could be the uptight narrator of Radiohead’s “Subterranean Homesick Alien,” from the band’s 1997 tour-de-force OK Computer.  As if in mirrored conversation, those two songs, separated in time by over 20 years but perhaps closer than they appear — in their beam-me-up guitar melodies, keyboarded grandeur and darkening moods — are to me joined at their metaphoric sci-fi hips.

Radiohead’s confidence on OK Computer, in both the intense alienation of the fragmented lyrics and the band’s break with the walls and squalls of mid-90s guitar rock, is a subtle swagger ripe with end-of-the-millenia decaying beauty.  It’s a prog goth triumph, reaching in its many directions to locate the mood of its time, a burred gloaming richly unsettled.  It’s also, I was reminded when listening again to it recently, funny, in the same way that Forever Changes is, or Fight Club, or a mad prophet preaching the end times.  There’s just no telling what the next turn will be, but there is a willful design, and so the satisfaction of a wicked lyric or the resolution of a majestic melodic sequence prompts a smile or a laugh.  The parts come together, a human victory, a denial of the end even as it’s being trumpeted.

The internally rhyming title of “Subterranean Homesick Alien,” a riff on a Dylan masterpiece (and, further back, a Kerouac novel), feels tossed off on the one hand but also maybe the only choice given its narrator’s painting a scene of alien surveillance and his desire, that he be taken “on board their beautiful ship, show me the world as I’d love to see it.”  He’s maybe one of them, maybe wants to be one of them, but who They are is undetermined and in any case moot: the point is homesickness for a place that has to be better, with the “breath of the morning” and the “smell of the warm summer air.”