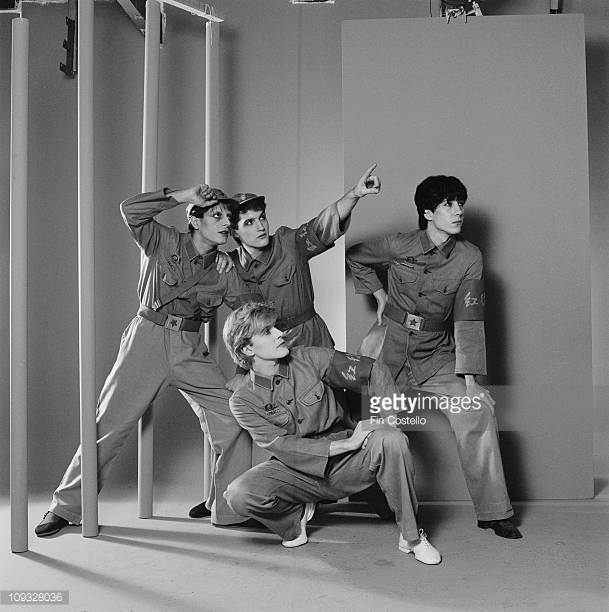 A British post-punk band could grow into just about anything in that fertile ground of the late seventies, and Japan proves the point, as over its short record-releasing career (1978-1981) the band moved from a funk punk glitz unit to new pioneers of progressive art rock.  You can see the steam rising off the entire five-album catalogue, the creative engines driving full tilt, inevitably towards early breakdown.  If the end came too soon there’s one more record, 1991’s self-titled Rain Tree Crow, that seals the deal: together, Mick Karn, Richard Barbieri, and brothers David Sylvian and Steve Jansen were among the most unique musical collaborators of their era, and should be in any discussion of Talking Heads or King Crimson from this same period, as bands who pushed forward and influenced all musical directions.  In its progression of fashion and music, Japan functioned as an interlocutor, a not-so-missing link, between New York Dolls-style punk and Tears for Fears-style new wave, a Roxy turned Crimson, an achieving Guns’n’Roses cum Duran Duran.

“Sons of pioneers are hungry men,” intones Sylvian in the nuanced Ferry-esque croon he’d been developing since 1979’s Quiet Life, the band’s third album.  I have no idea what this lyric means. But…I like it and its pure sonics and the way Sylvian so naturally handled a lyric as a shaped sound.  “Sons of Pioneers” comes from their last work as Japan, Tin Drum, an album charged with atmospherics, and further demonstrating the contributions and importance of each member, although Mick Karn’s gorgeous playing is a particular show stopper.  His expressive command of the fretless bass pushes and pulls “Sons of Pioneers” across its landscape, as the song takes its time unfolding, enjoying its own groove.  I’m including the live (from the posthumous live record, 1983’s Oil on Canvas) and studio versions because they both kick ass in their own spacious and patient ways, although there is an urgent edge to the live performance.  The concept-y concert footage shows a superlative Japan in its swansong, Jansen with his world beat and Barbieri sino-spacing out the proceedings on keyboards, Karn transporting himself magically sideways and Sylvian, dapper glam hand ever in pocket, delivering the riddles.

2 thoughts on “soundstreamsunday: “Sons of Pioneers” by Japan”