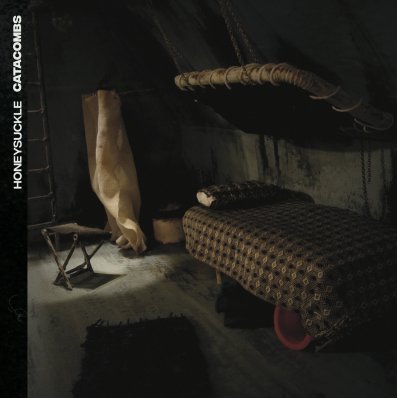 Like Thelonious Monk, I like everything. But a little bit of everything — not everything of everything. Within about 30 seconds to a minute of hearing a track someone is “showing” me for the first time I decide whether I’ll invest time exploring the artist.

The other evening I was reading an article while my wife was listening on her phone to a band that had appeared earlier that day on the WDVX (Knoxville, TN) Blue Plate Special. Twelve seconds into “Deep Blue Eyes,” I heard what I figured to be the familiar affectation of a young contralto voice. “No. No, no. Not another hipster band.” Already, my mind was conjuring images of the group — bearded men with goofy hats and suspenders; she, probably wearing some 1920’s floral print with loud lipstick and hairstyle to match.

At 47 seconds, however, something unusual happened with the mandolin. It climbed the scale, ripping open an attic of dense harmonies. The driving instrumental break, pausing to get its breath before again lunging forward, signaled something beyond my first impression.

And then, “Down, down, below the waves…” By the 2:20 mark I had minimized whatever forgotten article I was reading and was Googling, “…who is this, honey?” “A band called Honeysuckle.”

My sincerest apologies to Holly McGarry, Benjamin Burns, and Chris Bloniarz for my prejudice. I promise that when you guys come back down South we will be there in the front row to see you.

Catacombs (Oct ’17) is the latest release from this Boston-based trio. How did I miss them? Liking everything sometimes devolves into too much time around the fringes: not bluegrass but traditional bluegrass; not progressive music but proto-prog, etc. Traveling the gaps are artists that pull together everything you love with unexpected dash and capacity.

Honeysuckle play traditional folk instruments (guitar, banjo, mandolin) with a jazz rock intensity and chiseled focus. The wordless vocals of “Constellations” might put one in mind of Fleet Foxes; but the musicianship is so staid and majestic that it takes wing under its own power, without an updraft of reverb.

The title track features a fusionist breakdown, introduced by a riff reprised at the end of an atonal final chorus that swirls like angry hornets. “Watershed” has a complex cadence and vocal delivery that would be at home on Tull’s Stand Up. “Chipping Away the Paint” recapitulates and expands on the themes introduced in “Constellation” and “Catacombs,” with bits of “Deep Blue Eyes” linked by a psychedelic jam and — what’s this? — a throbbing electric guitar riff. A sign of things to come? [Update: the band informed us that it’s actually the mandolin with heavy pedal effects]

Okay, maybe the brief whistling on “Greenline” is just a tad hipstery. But for those who ramble on toward Proghalla this track, like the rest of Catacombs, points out an inviting, picturesque path under familiar and constant stars. One definitely worth exploring.