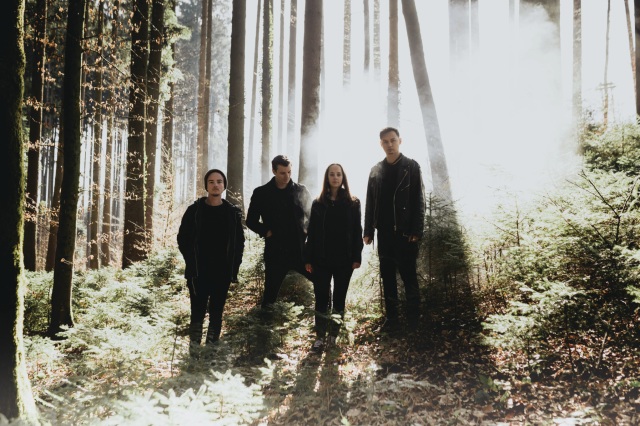 Calling Swiss band Glaston post-rock does this Zurich / Basel four-piece a bit of injustice. They do include plethora of post-rock elements on “Inhale / Exhale,” the group’s first full-length album, but it’s definitely much more than that. Welcome to the soundtrack of emotions, free form and complexity.

Jumping on a bandwagon in 2014 with the release of the “Setting Out” single, the quartet spent next three years in honing and redefining their sound, reaching its climax with the 2017 release. Ten songs of “Inhale / Exhale” show that there is much to the of post-rock than delay-engaged tremolo riffs, what’s ultimately proven with the album opener and one of the strongholds “Game of Tones.” This polarising piece flows manually from very minimal to complex, never exuding any feelings of fatigue. And that is the biggest hallmark of Glaston and this release. Where many bands from the post-rock branch get stuck in proverbial mud of repetitiveness, Glaston manage to beautifully arrange different structures that form their songs. Be it the almost 10-minute epic contender of “Sunnar” or the shortest interlude “This Isn’t Happening.”

Even at their most repetitive, “Ihale / Exhale” doesn’t feel like that at all, as the music here is carefully put together and measured with microscopic precision. It is not to say that Glaston get mathematical, but rather it is the free-form factor of their composition skills and senses that allow them to be methodical and random at the same time.

“Ihale / Exhale” is available on Bandcamp.