You know, and I can’t speak for everyone here, we Prog scribblers strive to find our own voice, to make our mark among the many others who receive the same albums to review or even write columns about, and to, hopefully, make it interesting to read. So we’re a bit reluctant to go over the same ground that’s already been covered, and in my case, fellow Progarchy columnist and good friend, Alison has already  written a wonderful and informative piece for Progarchy on this album by JOHN HOLDEN titled, “CAPTURE LIGHT” to be released on the 23 MARCH 2018. Alison’s review hits the spot so if you haven’t already I suggest and encourage you to click on this link first before reading any further to get a rundown of each track and the artists involved

See what I mean? A really good and informative review. Not sure how well I’ll do myself but in my own way to capture the light (did you see what I did there?) I spoke to John about his album via social media and asked him a few questions to which he kindly replied. Before I start I will say that John strongly suggested I listen to his new album through my headphones. More an insistence really. And rightly so. This album just adds new dimensions between the ears with its careful layering and placement of sounds thanks to the superb mixing on this album. Treat yourself.

Oh, and while we’re at it… before we start [part two] I also highly recommend you check out the always informative YES MUSIC PODCAST show this week where Kevin interviews John about his new album.

I began by asking what motivated him to write and record “Capture Light” in the first place. “My original intention,” he began, “was just to write and record for my own pleasure. After I had written about four songs I began to think,  “these demos sound pretty good”. So I then decided to write additional material that could form an album. I think the song writing kept improving and some of the early songs either got revamped or dropped!”

I said although there is a strong element of Prog running through it, I also picked up (for me at least) perhaps a hint of New Age and even an almost Rock musical element filtering through some tracks. Would that be a fair assumption to make, and if so, what kind of influences do you think perhaps guided you here?

“It is interesting what people hear in the music,” John replied “New Age? Well maybe “Ancient of Days” has that feel, a sense of spirituality. I think some of the material has a cinematic quality. As for musical theatre? Not intentional but when you are telling a story such as “One Race” I can see the connection.

“I tried not to go to town on too many overdubs. In my mind I could see these songs played by a five piece band – a good one!”

I put it to him that certainly he had one foot in reality with such tracks as “One Race” with its double entendre title around Jessie Owens winning multiple gold for America at the 1936 Olympics in front of Hitler, and then a segregated homeland between Blacks and Whites of that era. And then you have “Dreamcatcher” with its almost Jim Morrison/Native American poem around this mystical and sacred device. Was it intentional for him to spread the net further afield in thematic ideas for the album, or is there a common thread running through it that I’ve missed?

Thinking about it John replied, “There are a few threads that appear across the songs but definitely not through all of them. I did not want my first album to be a full on concept!” He went on to add, “There are story songs and I wanted them to show events through the eyes and thoughts of certain people. For instance the title track is about a rivalry and that is portrayed by the two protagonists. Some songs have a strong connection to nature and how we should remember to enjoying and respect the world. Some songs have themes about the “moral compass”. Hopefully there is some depth to the lyrics and the songs.” 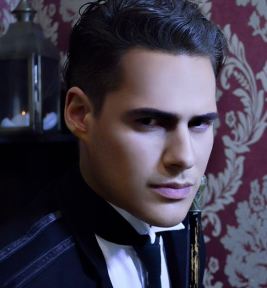 The title song “Capture Light” is the standout song for me personally with Joe Payne’s amazing from-the-heart vocals. Just the run of words in some parts of the song which to me has a certainly complexity of not only transitionally varying speeds mixed with feeling to aid to the story he is telling us in parts. I wanted to know from John was that a difficult song to put together marrying the vocals with the instrumental side of it? 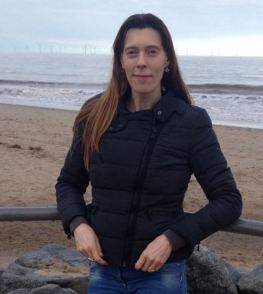 “Firstly I have to say Joe did an amazing job on that song,” he emphasized.  “There are sections where there are a lot of words going on. I had all the music down complete with the melodies and then thought “Oh dear, some poor sod is going to have to sing this! To give Joe a chance I asked Julie Gater to work with me and we put down a reasonable guide vocal. During that session I tweaked certain words or phrases to make them scan better. After listening to Joe’s initial recording I also changed a few words here and there. These small changes made a big difference. But even I was surprised at how well it turned out. There is definite emotion in there and some big notes too!”

I told John I was very impressed in his website which lists all the songs and also their individual stories adding depth to the music further still,  It appears a lot of detail went into not only creating and recording this album but also with the production and marketing of it. Was this something he did himself or did he have help from others?

John told me he was glad I liked it. “The original plan was to get a friend from Italy to do the artwork,” he said. “Unfortunately that did not work out as they kept getting large corporate commissions and my stuff kept getting pushed back. I could have waited but I was keen to get everything completed by the end of the 2017. So I found a digital artist who did the front cover who was really good at putting things in glassware, such as; moons and stars. The rest of the visuals I did myself. I bought myself Photoshop and taught myself as I went along. I was very happy with how it turned and it was a lot easier than doing music!”

He added, “As for promotion and marketing, while it does not come naturally it’s something you just have to do. Every stage of the project has had its own learning curves. The final thing is getting people to at least give the music a listen. That is the hardest part for sure. Once they do, the feedback is usually really good.”

I just had to mention what an impressive line-up of well-known artists from the Prog field he had recording on his album. Were there any challenges getting them on board for this project?

“Surprisingly not,” he said. “Getting Billy Sherwood involved early on certainly helped. Maybe other people thought that if someone of his standing is involved then it must be ok. I would like to think that the demos which sounded quite complete helped as well. I can’t think of anyone that I approached who said no. There were some people who I had to work around as they were off touring Japan or America. But the beauty of being self-funded is that I was under no pressure at all. I am a completely unknown artist so I was always under the radar. Everyone who performed on this album are keen to do another, which is very encouraging. I also have a few other people in mind as well for future collaborations.”

In regards to this collaboration with these artists, did they come fully to this and along the way give up and share their own ideas to further enhance these songs, or was it just a case of sending them guidelines and nailing it and them sending their files back to you?

“Good question. It depended on the musician. Some people played pretty much what I had done in the demo. Drums for example. I did not want them to change that much, just sound better and more human. But in most cases I gave a basic instruction and left them scope to do their “thing”. When you are working with exceptional musicians why wouldn’t you want to hear what they would do?”

“Sometimes I would alter my arrangement to highlight what they had done,” he added. “I also would take an element and move it to another part of the track if I felt it would work better. I can generally do good things within the arrangement.”

John concluded. “I developed a way of working with each individual and I always gave them an option that if they did not like the mix then I would not use it. Luckily everyone liked what I did and were keen to do more.

I wanted to know  if it must have been a thrill to create this music, send it out to the artists involved, and wait for them to add either their voices or musical instrument parts?

“It was my favourite thing!” he said.  “It was like Christmas morning opening a new gift! When you get someone like Oliver Wakeman playing piano. It sounds so great you could release it on its own. So yes a real thrill. I would think that I used about eighty percent of what was sent without needing to change anything.”

Speaking of challenges, I wanted to know if there were any in either the creative part or even in the recording segment?

“It was all a challenge” he admitted. “Once I had written some basic music you then have to work out the arrangements and learn to play it. Then recording has its own world of problems. Of course as you get better at production you then can’t accept poor quality so you have to go back and revisit earlier songs that you thought were finished and bring them up to standard. Because I was learning so much that became a loop. In some songs whole sections were re-recorded. But it had to be done.”

Now that the album is being completed, what’s next for John. Are there any plans of perhaps a video or even playing a live version of “Capture Light” with any of these artists or others?

“There is a short video for “Tears from the Sun” available. I have been in discussion with the people who played on the song “Capture Light” about doing a video which would combine performance and suitable footage. As for playing live…. Well there might well be something happening but I can’t say too much at the moment. Small steps really.”

Small steps indeed, but the path this new album walks along is a journey you should take for yourself. Songs like “Capture Light” and “One Race” to name are just two that you need to hear for yourself.  So many of my favourite Prog vocalists favour this release with the likes of Peter Jones (Tiger Moth Tales) and Marc Atkinson (Riversea).

So that left me with one more question for John. What is the best way to purchase his album and where?

John suggested. “You can buy the CD direct from johnholdenmusic.com. This has links to Bandcamp for downloads.” 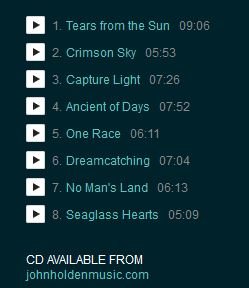