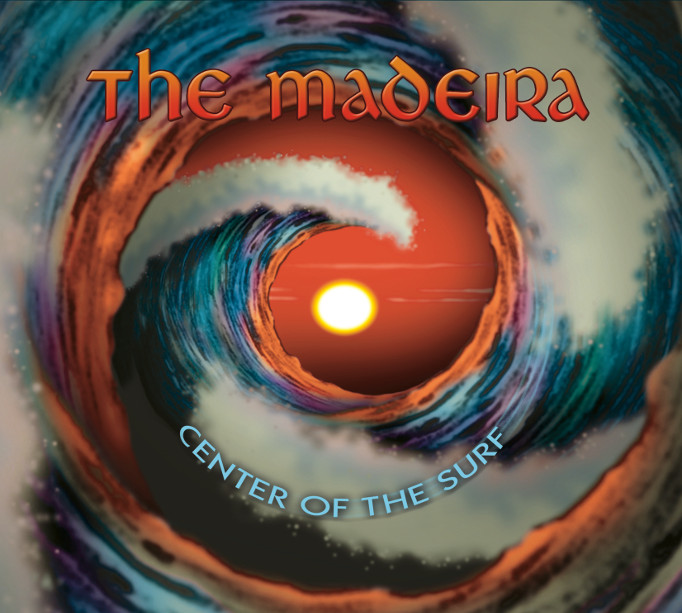 Believe it or not, the online version of Encyclopedia Britannica includes an article on surf music, which defines the genre’s core sound (invented by Dick Dale) this way : “a distinctive style of electric-guitar playing that fused Middle Eastern influences, staccato picking, and skillful exploitation of the reverb amplifier (which he helped Leo Fender develop) to create a pulsing, cascading sound that echoed the surfing experience.”

Fast forward to today, and surf music (like progressive rock) continues as a strong, if insular subculture — doubtless one in which debates on “is [insert band name] really surf music?” find fertile soil.   In theory, The Madeira fit Britannica’s definition perfectly — at least as they describe themselves:

“The Madeira plays surf music born of screaming wind over the sand dunes of the Sahara Desert, deafening echoes of waves pounding the Gibraltar Rock, joyous late-night gypsy dances in the small towns of Andalucia, and exotic cacophony of the Marrakesh town square. It is the surf music of the millennia-old Mediterranean mysteries.”

And honestly, that’s exactly what the band’s new live album, Center of the Surf, sounds like.  Whether on roiling, high-speed workouts like the title track, “Leviathan”, “Hail Poseidon” and “Dilmohammed” or slower-burning explorations like “Into the Deep,” the Madeira’s drive and intensity never flag.  Ivan Pongracic’s scorching lead lines and Patrick O’Connor’s unflagging rhythm work serve up all the guitar you can stand and more, breaking through to surf nirvana; Todd Fortier on bass and Dane Carter on drums pump up the adrenaline, barreling through with unstoppable power and momentum.

And just when it seems Center of the Surf can’t get any more exciting, The Madeira are joined onstage by surf music historian/rhythm guitarist John Blair and Jonpaul Balak on second bass guitar.  The results on “Tribal Fury”, “Sandstorm” and “Intruder” are even more immersive: the thickened texture, intensified groove, and vaulting solo lines both amp up the thrills and bring out the lush romanticism at the core of the band’s melodies.

The audience at Surf Guitar 101’s 2017 convention erupts with delighted applause and encouragement at every opportunity throughout the Madeira’s set — and their reaction’s on the money!  Center of the Surf is music that bursts the boundaries of its genre; it’ll connect with anyone who loves rock composition and performance at its highest level.  Recorded and mixed by Beach Boys go-to producer Mark Linnet, this is a gleaming, glorious winner of an album.  Order it (and the rest of the band’s catalog) from Double Crown Records.