“Violence” erupts from Parquet Courts’ Wide Awaaaaake! (2018) in a riot of barbed slogans, proclaiming and exclaiming over everything from the “blazer of the Trail of Tears” to prison TV shows, against a dark drums’n’organ funk.  The band have drawn comparisons across their productive years to Pavement, Beastie Boys, the hyper-literate NY punk cognoscenti, but here it’s all about Fela Kuti, whose rage for justice could be so perfectly captured and balanced by song.  This has potential for ruin, but any clutter occasioned by the band’s first-world-problems environment — hipster Brooklyn, studied post-modern-punk hothouse — is swept aside by passion and presentation from the wordy, rappy, throaty first verse as it bleeds into chorus: 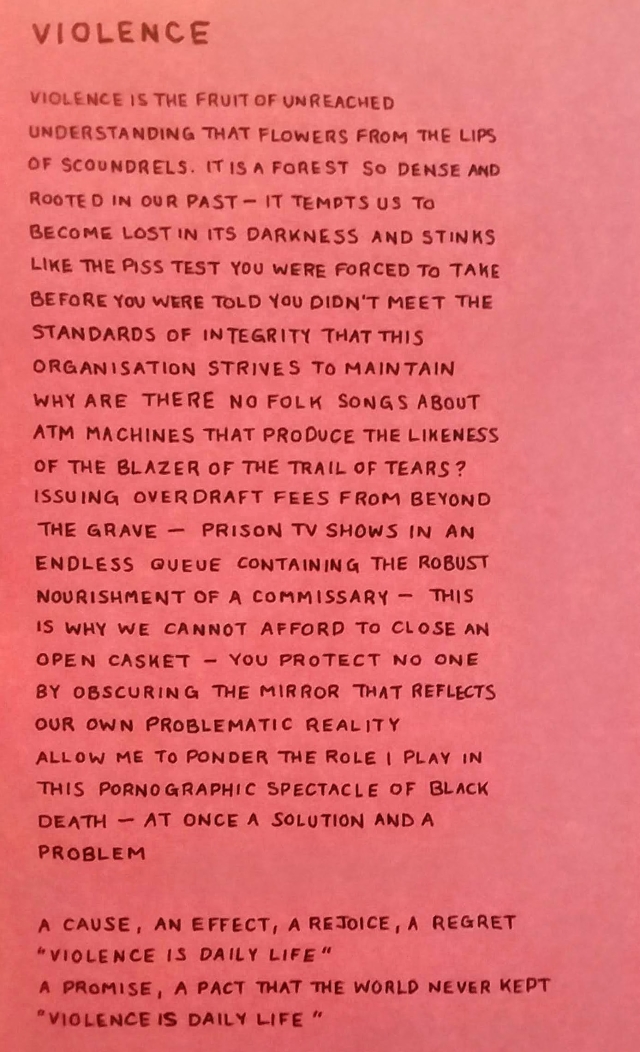 It’s a powerful gut punch, coming off an album where the band varies tempos and styles enough to keep the hot sonic onslaught interesting instead of just relentless, a party rock record by a group going out on groovy African limbs, a get-down politics album (in the grand tradition).  Nothing here not to love — shake your butt, pump your fist.

soundstreamsunday presents one song or live set by an artist each week (although…sometimes we miss one or two here and there), and in theory wants to be an infinite linear mix tape where the songs relate and progress as a whole. For the complete playlist, go here: soundstreamsunday archive and playlist, or check related articles by clicking on”soundstreamsunday” in the tags section.