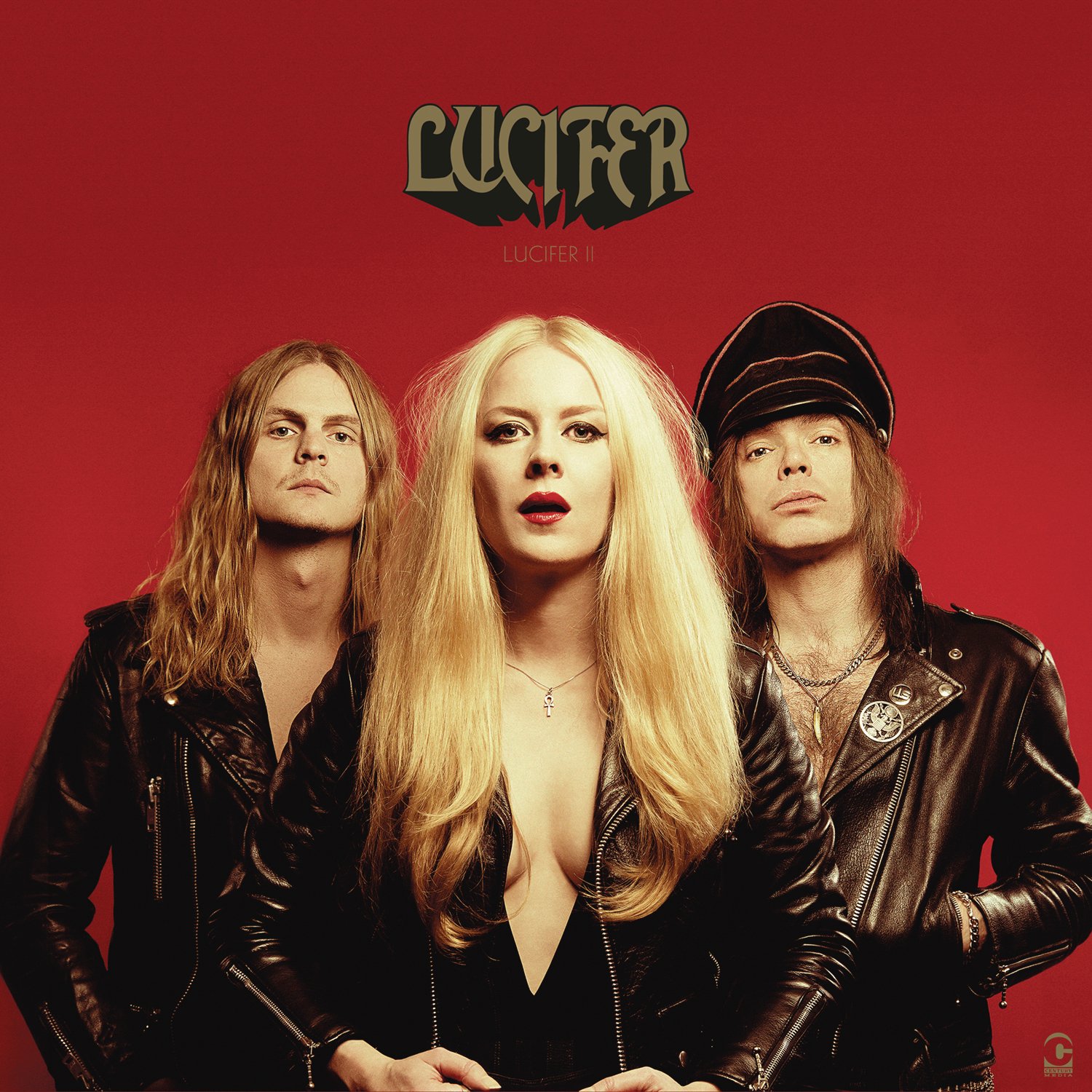 This album, Lucifer II, came as a refreshing surprise. After a number of disappointments — albums I had been awaiting from artists with eager expectation, that only turned out not to be as good as I hoped — I was surprised when I discovered a new band, whose sophomore release was nothing less than superb. (And do you notice the homage their band logo plays to the font on the first Rush album? Attention, all planets!)

Hailing from Stockholm and Berlin, Lucifer is fronted by the extremely talented Johanna Sadonis. After previous exploratory work with The Oath, and the first incarnation of Lucifer with Gaz Jennings, Johanna has now found the ultimate magical combination with Nicke Andersson on drums and Robin Tidebrink on guitars and (newly added for touring purposes and as permanent members going forward) Martin Nordin on guitars and Alexander Mayr on bass. This new album was recorded at Nicke’s studio in Stockholm, where he did all the drums, bass, and half the guitar parts himself, and then lead guitarist Robin came in to do the rest of the guitar work.

The album opens with the fairly straightforward blues boogie “California Son,” which didn’t really cause me to get too excited. Johanna’s vocals are fantastic, but the song is pretty conventional, although the excellent guitar solos caused me to perk up on first listen, along with the nifty organ chords riding out that exhilarating guitar solo break.

But it was the second track, “Dreamer,” that instantly blew me away. Along with the third track, “Phoenix,” it is one of the two best songs on the album. The complexity, nuance, supremely intelligent songwriting, and impeccable instrumental performance on these two tracks place the album irreversibly into the upper echelon of rock and roll achievement.

The Rolling Stones cover, “Dancing With Mr. D,” is even better than the original, infused as Lucifer’s version is with a Black Sabbath sensibility. “Reaper on Your Heels” then shows that the magisterial songwriting skill displayed on “Dreamer” and “Phoenix” will abide, making it a perfect closer to an impeccable A-side.

The album B-side of “Eyes In The Sky,” “Before The Sun,” “Aton,” and “Faux Pharaoh” offers a swirling cauldron of excellent sounds, brewed from a recipe that tastes mostly like classic Heart mixed with the best of Black Sabbath. At times I even detect the timbre of a Karen Carpenter gone over to the dark side in Johanna’s enchanting voice. While the A-side is immediately convincing, appreciation for these B-side tracks grows more slowly, over repeated listens, and you eventually come to realize fully that with this album you are in the presence of contemporary rock greatness.

The closing track “Faux Pharaoh” offers an instructive contrast with the album’s conventional radio-friendly opener, proving that Lucifer is actually a serious doom prog force to be reckoned with. It’s perhaps their most original composition, showing that they are capable of doing whatever they want with the utmost of skill. Here’s hoping they get the recognition they deserve for their carefully cultivated talents.

This album has catapulted itself into my top ten list for 2018, and there is no way it will be removed from that ranking. Get a copy of Lucifer II and hear for yourself a band that, inspired by the best of 70s rock, is creating utterly compelling original music today, to be savored by those with only the most developed taste in rock.