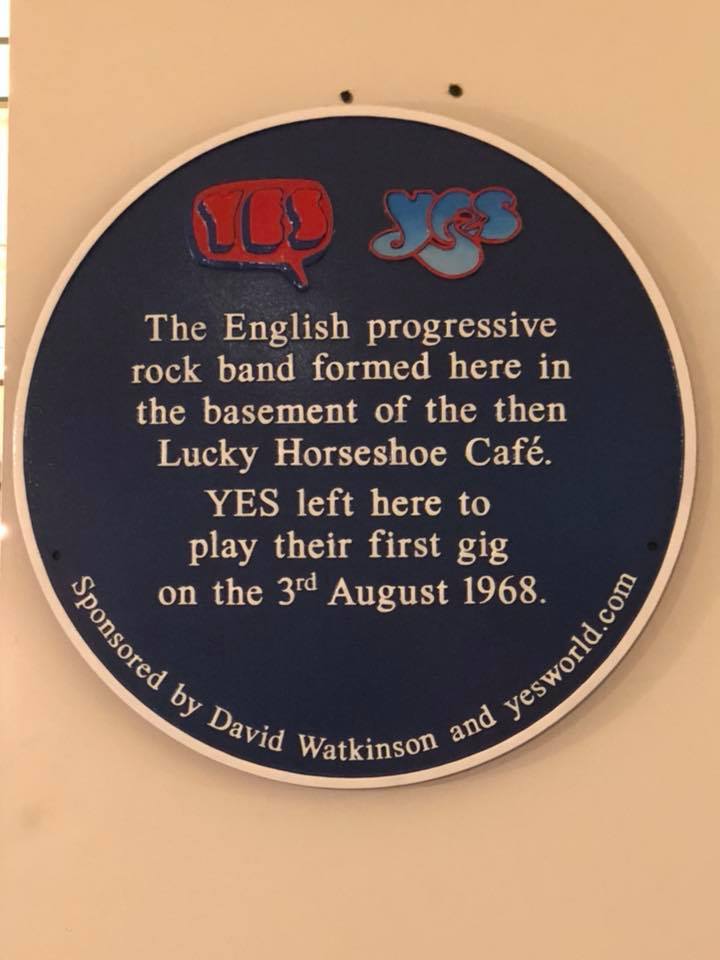 On 3 August 1968, Yes played their first show under that name, having evolved from a succession of Mabel Greer’s Toyshop line-ups. Before that first show, they hired a basement room under The Lucky Horseshoe Café in Soho (now the Wildwood restaurant) and it was from there they set off for their debut.

50 years later, Bill Bruford returned to that room to unveil a plaque on the wall commemorating the event …