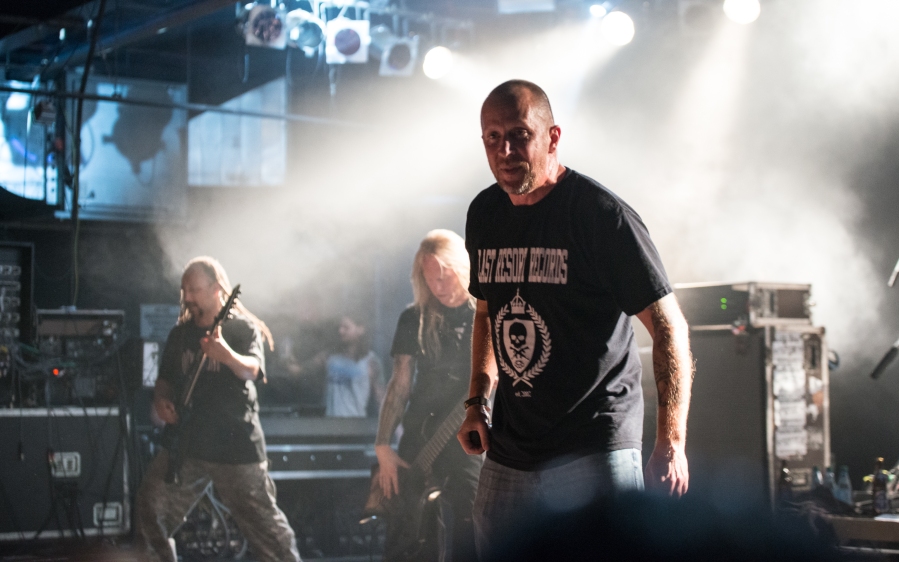 8th October marks 27th year of “Effigy of the Forgotten” – the first full-length release from these NY brutal death titans.

As expected, the debut is rife with jarring temporal switches, blistering harmonies and precision drums. Suffocation’s craft is immaculate, and at times insane. From “Liege of Inveracity” to “Jesus Wept”, the album is a pursuit of deathly perfection. Brutal and relentless, both in terms of guttural vocals and complexity, it simply razes all the barriers to the emergence of technical death.

If Tampa and Stockholm scene introduced the framework, Suffocation took an axe to it with their brand of restrained, but even more gruesome, assault. Channeling Immolation, the band introduced layers of sophistication to that unbridled madness of old-school death. All the electric blues hues were now completely subdued, and comfortably buried beneath broad downtuned riffs and incessant double bass. Both typically advancing in tandem, like a grand symphony. Quite reminiscent of later era Morbid Angel.

Undoubtedly, evolution tends to be incremental, and Suffocation is a vital link leading to technical death. Quite like any other searing metal classic, Effigy of the Forgotten is something all the extreme music fans should endure.

3 thoughts on “Effigy of the Forgotten”