Remember that the end is arbitrary, given the parameters I laid down (set down?  set down, servant; I can’t set down?).  Arbitrary means a (non-random) decision was made.  It’s the 20th Look at The Lamb.  Last stop.  Everybody out!  Los Endos!  …but that’s a different Genesis, isn’t it?  (There’s an angel standing in the sun….)

An end is a goal as well as a stopping point or cessation.  And today, almost a year after Look 19, the goal is to end.  I want to get this out of my system, but lo! it will take its place IN the system that is “me” (wrapped around my “I” like a package with all the ingredients, nutritional information, warnings, etc.).  It will not be OUT of my system.  You’ve gotta get in to get out. 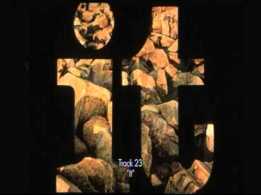 It would make sense, here at the end (if it is the end) to go back to the last track, “It.”  I’m on record as being less enthused about that track than the rest of The Lamb, but I also admitted that its lack of appeal might be its appeal, if I can put it that way.  And now that I am here, a little more than six years after the beginning (the genesis), when I look again at the lyrics to “It,” I see it with different eyes.  Of course, I should say, with a different regard, a different look.

In the LItany (get it? L-It-any) of places where “It” is, one place (locus, lieu, site) in particular strikes me today:  “It” is “in the distance of the face.”  The French philosopher, Emmanuel Levinas, writes of how the other person, the Other (capital ‘O’) is given to me in the face (visage), which (considered as a phenomenon, as experienced by the one to whom the face appears) is not so much a thing that is present, but a medium through which an absence is made manifest (“present”). 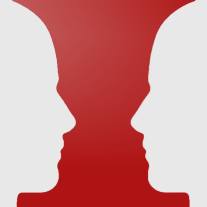 The Other appears to me as a trace, which is the term that Levinas and others in his wake use for what is really the absence of something.  But it is not a mere absence.  It is an absence that is pregnant with meaning, an absence that is a positive “datum” (like the absence of fingerprints at a crime scene when they’ve been wiped away).  It’s the absence of something, but it is as if it (It) WAS here, just a moment ago.  Instead of It being in my world as other things are, it is an embodied refusal to be IN my world.  It is another world, so to speak.  The Other, for Levinas, is infinity (in relation to what I would have assumed would be my world, my totality.

I know the Other has been a theme earlier.  All of this has been lurking here, from the beginning (the genesis).  Have I said any of it explicitly before?  I’m not carefully checking; I’ll risk repetition.

So what is the distance of the face?  If we listen to Levinas, perhaps it is that “presence of absence.”  Perhaps it is the infinity there in anOther’s face, which is (among other things) infinitely more than I can think.  It is infinitely more than I can grasp.  The distance in brother John’s face…  is it an icon of the distance in my own face?  My own face is never really given to me — or more strictly speaking, to I.  Rael’s face, John’s face, Rael’s face, John’s face….  Add up the distance between Rael’s face, John’s face, Rael’s “I” (better that ordinary word than the Greco-clinical ‘ego’), my “I”, your “I”.  The answer will always be the same as it was when the adding began:  infinity.  It’s kind of like dividing by zero, except the program, instead of just crashing, goes into an infinite loop.  (Once in, is there an out?)

And adding here is nothing that an abacus could help you with.  Infinity is not a quantity here, but a quality.

It is chicken, it is eggs,
It is in between your legs.
It is walking on the moon,
Leaving your cocoon.

Perhaps the only way to answer the question is to come out of the cocoon.  But the risk is that we come too too soon.  (It is in between your legs.)

This is the End.  But is “It” the End?  Will the light die down?  Or (God, this sounds hoaky, but it’s inescapable) is it another beginning (genesis)?

“Keep your fingers out of my eye.” 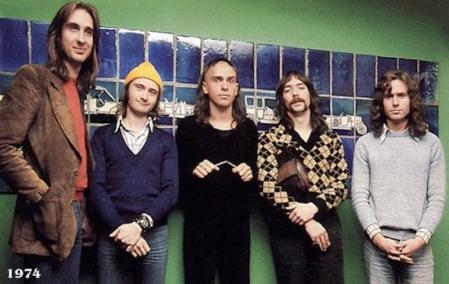