Look to Windward is a progressive rock/metal studio project by London-based musician Andrew McCully who has released two studio albums, two EP’s and a single since 2010. The latest release is this year’s full-length album entitled “In Fantasy.”

In an interview for Progarchy, McCully talks about his project, the scene, and more.

Let’s start from your early music beginnings. How did your musical career begin? When did you start playing? Which groups have been your favorites as a young man? Please tell us something more about your early life.

My earliest memories of performing music were learning the recorder and clarinet before receiving a birthday present of an electric guitar in my early teens. That started it all really. I was also singing in choirs throughout school. I grew up surrounded by music performance. Then around the age of 11 I connected with a close friend over mutual music tastes and we continued to share and listen to music together leading to writing and performing on our own in high school when we recruited a drummer from my jazz group, Jono Sawyer.

I have rather distinct memories of 4 albums from my youth that really started to define my interests and passion for rock music. The first was Mellon Collie and the Infinite Sadness by The Smashing Pumpkins (which was the first album I ever bought). I still regularly listen to this masterpiece. Then came Metallica’s Reload (a strange one to start with I know) and Ok Computer by Radiohead (which remains my favourite album). And then I can’t leave out first hearing Dream Theater’s Scenes from a Memory when I was 15. I don’t listen to them anymore really but it opened up an entire world of prog related music to me.

How did you go about starting Look To Windward?

LTW began as some basic riff experiments with my friend and collaborator Ben Morley, and we created our first track out of that (which I believe was Forest Is Moving from the first album Fortunes Haze). We were looking for a way of exploring all the epic prog-metal ideas we were talking about and without the ‘restrictions’ of having a band to play it live we went nuts. The first album grew over 2 years of messing around and I’m proud of what we made. There was a lot of self taught music production done along the way. 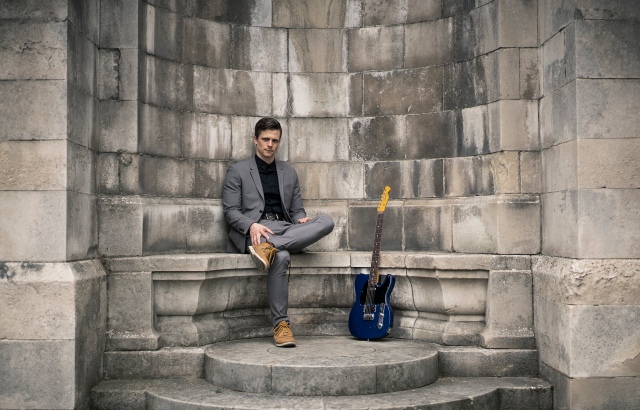 In the beginning, did you have some “fixed” tempo in composing songs or everything was a product of jamming, improvising?

A bit of both I think. Sometimes I might tackle a song with a specific feel in mind or I might just be jamming with my guitar and find something I like. Then it’s a case of slowly building up the layers and melodies on top of this.

How would you describe the music from your new album “In Fantasy” on your own?

Progressive Rock with elements of Metal, Alternative Rock and Pop I think. I was trying to focus more of clarity and structure for this album, not to say I don’t value the unrestrained, layered intensity of my first 2 releases.

What was your approach to writing the album like?

Much like it has been in the past. Just lots of exploration. I would say that I threw out more ideas this time around though. Either because it was harder to generate ideas I was happy with or because I was being stricter in regards to my desired sound for the album. 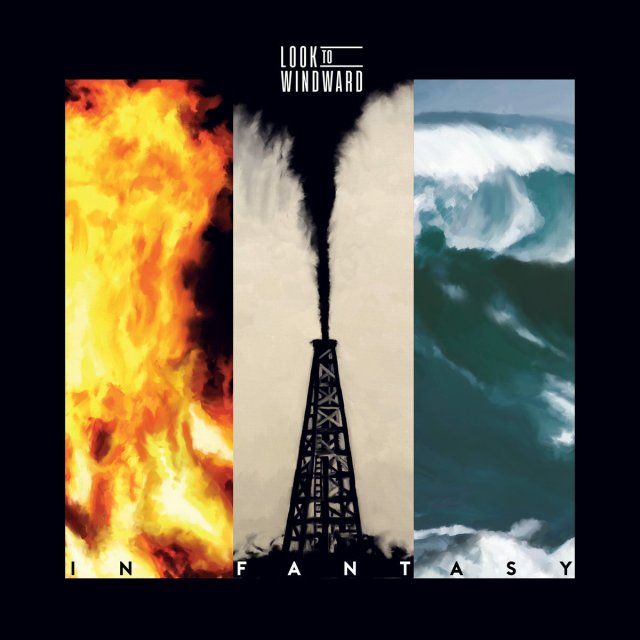 You pay attention to atmospheric and ambient elements in your music. How important it is for the structure of your songs?

Dynamic contrast is integral to Look To Windward’s sound. I love creating the flow between great intensity and ambient calm. I’d say the structure of the songs in this regard is what I pay attention too the most!

How do you see the prog rock/metal scene today?

I have mixed feelings about it. There are artists doing genuinely interesting things but a lot of what is called progressive is rather stagnant and derivative. Particularly in metal, where copying a certain sound has become quite widespread. I’m guilty of it myself. When the technique of locking your kick drum in with a de-tuned guitar chug works so effectively it’s hard not to dip into that well. When you look back at how far the genre came from the 80’s into the 90’s and early 2000’s you want to see that kind of innovation now. There are small pockets of innovation but it isn’t genre wide yet.

Do you consider yourself a part of any specific cultural movement, however peripheral?

I’m probably part of the movement of DIY musicians creating fully realised music at home. The tech allows 1 person to take on the role of a full band. That’s why it was important for me to get as many guest musicians performing on the album as I could. It elevates the music beyond what I could do myself. Devin Townsend is the model I aspire too here.

In Fantasy by Look To Windward

Are you also involved in any other projects or bands?

At the moment I’m not. Look To Windward fully scratches that itch for me. That being said I’d like to collaborate more on the songwriting for the next album, too add some new flavours to the palette.

So, what comes next for you?

I’m taking a break from writing and recording for a while, but I already have some ideas brewing for the next release.

One thought on “Interview with LOOK TO WINDWARD’s Andrew McCully”