Straight from the horse’s mouth …

We will be releasing our new Blu-ray on 6th December.

The Blu-ray was recorded at our run of sold out shows at Cadogan Hall, London and features the best version of every song performed at the concerts, providing a full set-list from our 2017 shows.

The digipak includes a 20 page booklet.

There are two bonus performances and the Blu-ray features stereo and 5.1 mixes.

Bonus tracks:
The Transit of Venus Across the Sun (with reprise)
Summer’s Lease (recorded live at Real World studios) 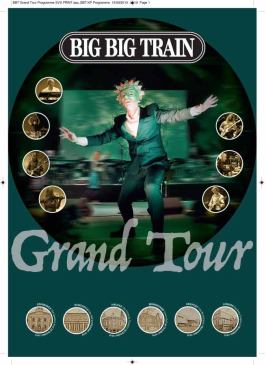