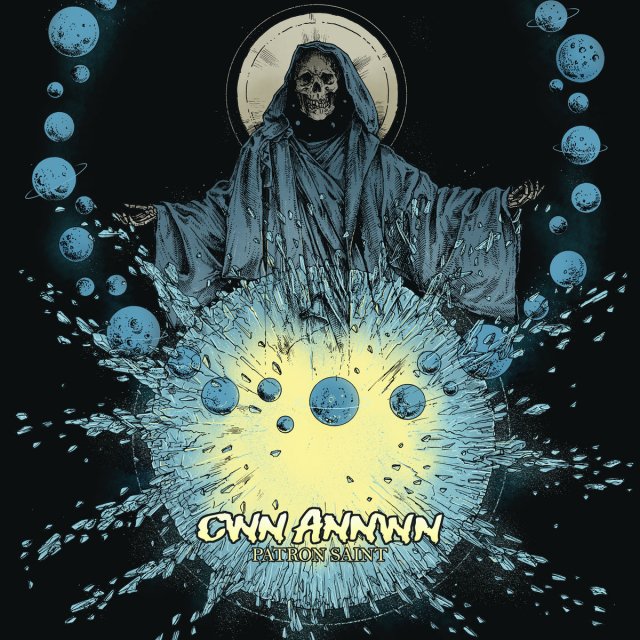 ‘Twas the night before Christmas, and all through the house, the metal was cranked, and all the proggers were soused…

In that festive spirit, here now is a supplement to our previously published list of the Top 10 Prog of Albums of 2019. It’s a list of yet another batch of our ten most-listened-to albums of the year. This time it offers a record of the ten explicitly metal albums that we listened to the most (in chronological order) throughout the year.

True, there is much fine metal on the earlier list (Tool, Opeth, etc.), but this supplementary list had to be created because there were still more great metal albums that we listened to heavily, no matter how proggy or not they were.

So, without further ado, let us add to the historical record a list that is best appreciated in tandem with our earlier one. But this new list is called our Top 10 Metal Albums of 2019:

Soen, Lotus, kicked off the year with a slab of pure metal perfection. From the genuinely thrilling guitar sounds to the compelling vocals, this band has developed a unique sound that stands out among the competition. 2017’s Lykaia was a masterpiece, but the production had some flaws. On Lotus, any such obstacles have been removed, and the band rocks without restraint on it, yet still within the majestic confines of superb songwriting.

Battle Beast, No More Hollywood Endings, showcases an incredible versatility, part of which answers the question of what a metal ABBA would sound like. While the first three tracks deliver a more commercially presentable side, “Unfairy Tales” and “Endless Summer” do the same, but with even more of a heartstopping edge, furnishing what should have been number one radio hits, were radio still a thing. The sonic edge then becomes a metal sword slaying everything in its path with our favorites, “Raise Your Fists” and “The Golden Horde.” This album proves that a great band is never confined to one genre or style, but instead ranges freely, sowing musical excellence wherever they go.

Spirit Adrift, Divided by Darkness, is a non-stop metal thrill ride in the classic style from start to finish. But surely its finest track occurs unexpectedly, in the number four slot. “Angel & Abyss” clocks in at 6:32 and delivers a killer one-two punch of what is reminiscent of first Sabbath then solo Ozzy. The galloping Ozzy section contains what are the most exciting air-guitar inducing moments of 2019. There’s even a Crazy-Train style vibraslap and maniacal Ozzy-like laugh just before the fadeout. Metal doesn’t get any more satisfying than this. Trust us, every track on this disc is a winner too.

Black Sites, Exile, serves up a diverse yet classic rock-infused infused array of delights. If you need proof, start with the track “Feral Child” which rips your face off. Then stick around for the prog-worthy “Coal City,” which tells a fine story and delivers the musical goods beyond expectations. You’ll want to spin the album multiple times, again and again just like we did.

Cwn Annwn, Patron Saint, is the kind of album that makes doing this web site for free more than worthwhile. Every now and then, we get an email from an unknown band asking us to listen to their work. When we sampled Cwn Annwn’s latest, a band we knew nothing about, we were unprepared to be so blown away. This intense album was so good we just couldn’t stop listening to it, and in fact it probably came to be the most listened to disc we played all year. The songs are just that good, and the band plays with such conviction. The crowning glory on every track is rendered by vocalist Julie Stelmaszewski, who has one of the best voices we have ever heard. Why is she not famous, and packing the stadiums? Why is Cwn Annwn not recognized for being one of today’s greatest metal bands, and touring the world? Perhaps it is because of what are for most people unpronounceable names. Well, let us spell it out for you in clear monosyllables: BUY. THIS. DISC.

Paladin, Ascension, has some of the wildest metal we heard all year, with every ounce of guitar blazing with dazzling virtuosity. There are so many favorite moments here, we cannot begin to name them all, for we would never stop, not just with every track, but within every track. Anyway, check out the glories of “Divine Providence” and “Fall From Grace.” No doubt when these cats play live, the cops must want to give them speeding tickets as they walk off. If they can catch them, of course. Good luck with that.

Michael Sweet, Ten, doesn’t just turn it up to ten, he turns it up to eleven and beyond. There are in fact twelve tracks of unsurpassed metal here. The album just doesn’t quit with track after track of headbanging vigor and head-exploding guitar solos. There’s only one ballad track (“Let It Be Love”), but of course Sweet slays it on that one too, thanks to his preternatural voice. Our favorite rockers include “Lay It Down” and “When Love is Hated.” But to be honest, the favorite is always the track from it that is currently playing.

The Darkness, Easter is Cancelled, redeems rock and roll and brings it back from the dead beginning with its killer first track, “Rock and Roll Deserves to Die.” From there, things just don’t let up as “How Can I Lose Your Love” continues to convict us that this is the best album from The Darkness since Permission to Land. And then track number three, “Live ‘Til I Die,” tips the scales and makes this their best album ever. When Justin sings about his youth, the music turbocharges the track into pure transcendence:

Well, I went through some changes at the age of fourteen
And discovered all the joys of rock wear:
I made a point of wearing unfeasibly tight jeans
And endeavoured just to grow my hair.
But kids can be cruel; I wasn’t popular at school:
I became the subject of a campaign of ridicule.
But I’ll stick by my guns
And rise above the laughter of the ignorant ones.

Incredibly, the vocals on this track achieve the same heights (literal and metaphorical) as Freddie Mercury on Queen’s “Under Pressure.” In addition, note that the title track “Easter is Cancelled” is, like the album art, only apparently sacrilegious. On closer scrutiny, and on more careful interpretation, both are in fact mocking the sacrilegious conceptions of Christianity (hello, red hats) that hypocritically pursue worldly power and really see no need for redemption through suffering. Finally, the closing track “We Are the Guitar Men” celebrates the fact that rock and roll, even amidst this lousy generation, is truly alive and well, and The Darkness are its metal heralds.

Gygax, High Fantasy, sneaks its way onto our list with a svelte album that charms with only about half an hour of twin lead guitar-infused, spellbinding tracks. Compared to their previous two albums, it seems like they don’t bother self-editing on this one, since the guitar work is quite crazily bursting out at the seams everywhere. Some people might say this is overplaying, but holy shirt-balls is it awesome. We say it sounds like us jamming in the garage. Or at least what we are trying to sound like. Forking Gygax actually does sound like this!

Tygers of Pan Tang, Ritual, arrived late but dominated our playlist anyway. Where others could try to nitpick and find fault with one, two, or even three different tracks on here, we would rather disagree. They are are all fantastic songs, each in their own way. Perhaps our favorites can be named out loud: “Destiny,” “White Lines,” “Words Cut Like Knives,” “Damn You!” and “Love Will Find A Way.” Oh wait, also “The Art of Noise.” Oh man, we just named more than half the album. Okay then, we should really name the whole thing: Ritual. Yes, the entire album is killer. Rock on, you metal heads.