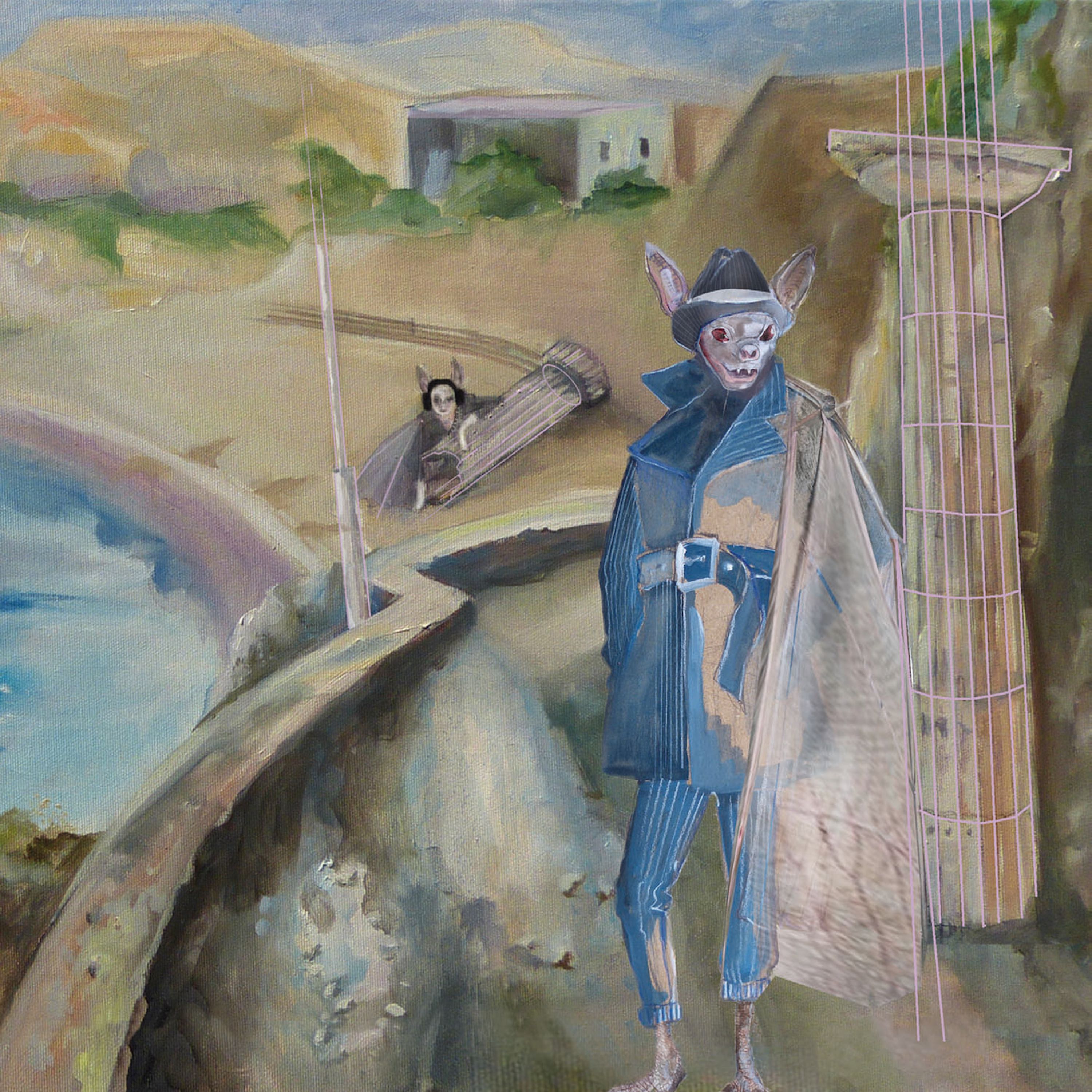 Cologne, Germany’s The Weever Sands combine the album format and experimental playfulness of the early 1970s with what could be considered post-rock or ambient rock. To be honest, I didn’t quite get it at first, but then the other day I was listening to Gentle Giant and it hit me. The synth and organ sounds that predominate in Gentle Giant’s music are very similar to what I hear on Stylobat’s Travels, The Weever Sands’ sophomore album. Add in some flute and strong bass and you have the makings of a classically inspired progressive album. But this is stripped back. The music isn’t as heavily layered as you might get on a Gentle Giant or Jethro Tull record, and that’s by design. The band are also heavily influenced by Mike Oldfield’s idea of a “powerful miniature,” where the songs aren’t as heavily developed yet still stretch out into varying sounds.

The album opens with some spoken word that sets the stage for a concept that is told primarily through music, the wonderful cover artwork and other artwork included with the CD, and promo notes telling me what the story is about. The band describe the concept as a story about a bat (Stylobat) in Ancient Greece who goes on a quest to find his sweetheart. Most of the album is instrumental, so you’ll have to use your imagination, with some help from the artwork, to see Stylobat searching for his beloved.

The first two tracks most closely resemble what we would call progressive rock, but the 25 minute “epic” is most certainly post-rock, with all of the elements that might make up a layered prog song spread out and played individually. A splash on the high hat here, a symphonic tone there, a synthesized beep. Four minutes in and I’m beginning to wonder what’s going on. The first five minutes of that track are subtitled “Flatlined,” so the musical scene is apparently meant to be at a hospital bedside. Things pick up after that with the next section, “Stereobat,” but I would still label it experimental. There’s melody, but the combination of different synth sounds keeps it sounding unique, although it still references the gentlest of giants.

The third section, “Ah! These Ionic Beams!” nicely builds to a combination of keyboard combined with a rock riff that’s a lot more traditional. An electrical guitar finally comes in, elevating the music by leaps and bounds. Not that there was anything wrong with the music before, but the guitar solo is quite nice and certainly welcome. This section of the song is the best music on the album.

This is the point where I notice that the song has built gradually to this moment. The song began with disparate sounds, but they have gradually been brought together and build upon each other. The fourth section, “Introducing Fire Ghosts,” returns to some of the disparateness of “Flatlined,” but it never becomes that sparse again. It soon returns to the musical complexity of the previous section. The final section, “Underwater,” winds down with a synth sound that fills the musical space, perhaps suggesting being covered by water. The final song, “Acropolis (The Big Wave),” continues that nautical theme, but it builds and morphs into more of a rock song with heavier drums and heavier keyboards with a vintage 70s sound.

Stylobat’s Travels isn’t your typical instrumental prog album. Usually instrumental albums feature a lot of musical noodling, but this record seems to focus more on telling a story through music. Personally I would’ve preferred a bit more guitar and fewer moments of sparseness in the long track. Some more spoken word sections beyond the opening track would’ve helped move the story along as well. The opening spoken word passage reminded me a bit of a radio drama, and I think a few more instances of that on the record could have helped tell the story more clearly and coherently.

The Weever Sands are quite unlike most of what you’re going to find in progressive rock these days. They don’t seem to be copying any particular sound, even though I made that Gentle Giant connection earlier. Rather they start with a more ambient base and build that up until it’s no longer ambient… if that makes sense at all. It isn’t quite rock, even though it does have rock moments (which I wish were more numerous). It’s a fun little journey that has a few bumps in the road, but it’s worth checking out if you’re looking something inspired by classic progressive rock that isn’t symphonic prog.